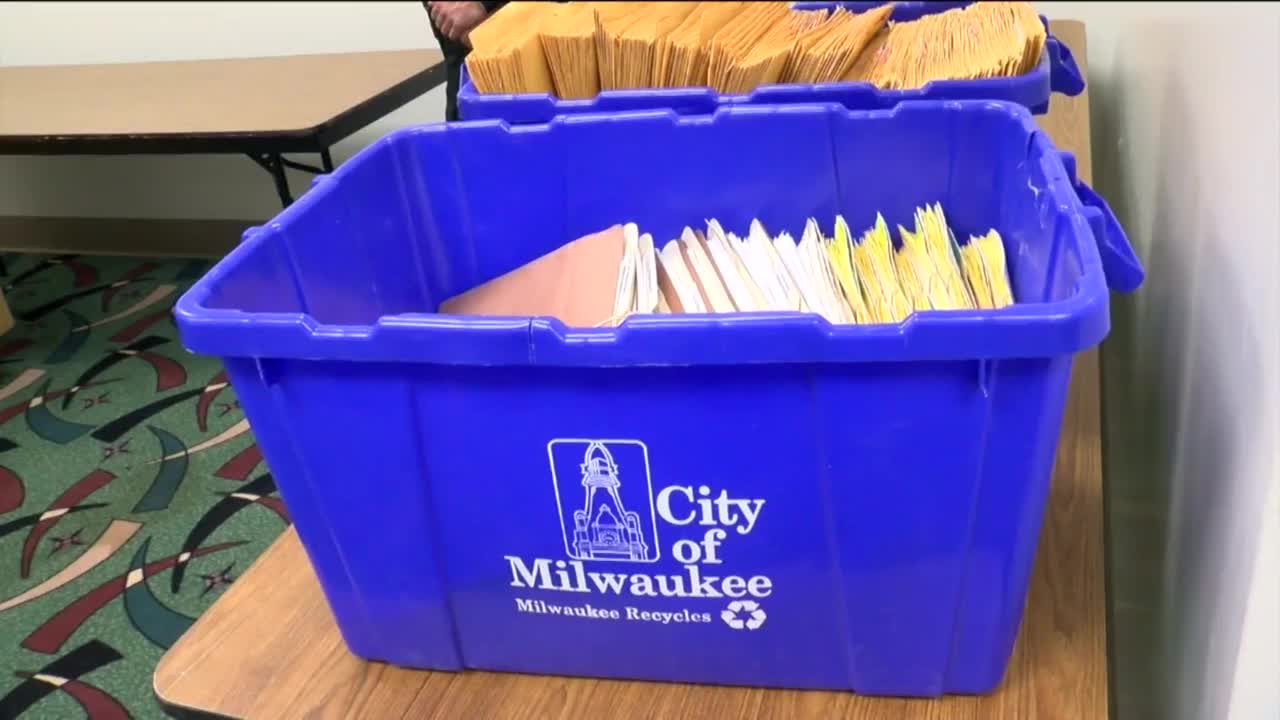 Late Wednesday afternoon it sounded like Milwaukee County's recount was on track to finish, but just before 6 p.m. City of Milwaukee's top election official said they came up 65 ballots short for Ward 254.

MILWAUKEE COUNTY — Late Wednesday afternoon it sounded like Milwaukee County's recount was on track to finish, but just before 6 p.m. City of Milwaukee's top election official said they came up 65 ballots short for Ward 254.

Claire Woodall-Vogg, Executive Director for Milwaukee Election Commission, said they had 23 out of 88 ballots for the ward. After searching, her predecessor Neil Albrecht found the ballots inside a voting machine at the election commission's warehouse.

Woodall-Vogg added later they were found between two stacks of blank ballots and they were immediately brought to the Wisconsin Center where the recount is taking place.

Milwaukee County Clerk George Christenson said he is not too concerned, adding these ballots were cast in-person and counted on Election Day.

A reporter asked if this made him concerned about the chain of custody when it comes to ballots.

"Those are still at the City of Milwaukee Election Commission warehouse. They were, according to her, still in one of the machines and that does happen and again that’s the value of a recount. No concerns about custody as far as I'm concerned," said Christenson.

Those 65 ballots will be counted on Friday. Both the Biden and Trump campaigns were advised to have a small contingency of observers there.

Meanwhile, sheriff's deputies will work through Thanksgiving to keep ballots at the Wisconsin Center secure.

Christenson said early Wednesday that the recount was back on schedule to wrap up by the weekend after a slow start due to several lengthy objections.

"Anything is possible. I won’t make any predictions at what other objections may arise but we are basically wrapped up for tonight," Christenson said.

The Milwaukee County Clerk anticipated the counting and remaining procedural work will be done by midday Friday. County officials will report the recount results then.