Gov. Evers endorses Joe Biden ahead of DNC in Milwaukee 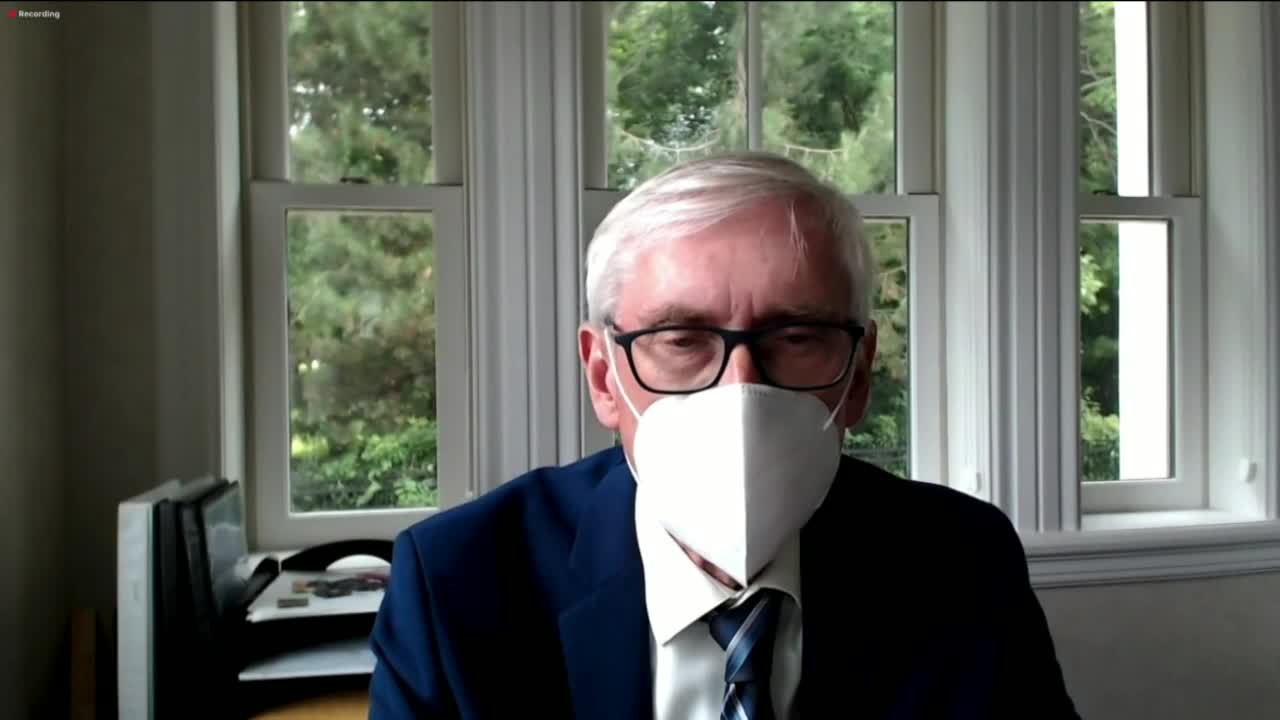 We should know soon who former Vice President Joe Biden will pick as his running mate. Both are expected in Milwaukee for the Democratic National Convention on Aug. 17.

TMJ4's Charles Benson asked Governor Tony Evers about that and his endorsement today of the presumptive Democratic nominee.

Governor Evers navigated a road map to victory in 2018 and surprised some by knocking off the Republican incumbent. Scott Walker lost by nearly 30,000 votes.

Benson: Do you see any similarities?

Governor Evers: Oh, absolutely. First of all, I believe that people will understand clearly that Joe Biden is somebody that unites us rather than divides us. Right now, the pandemic has become a divisive issue.

Benson: What's one thing do you think he (Biden) needs to do on the pandemic? If he gets elected, that's not being done now?

Governor Evers: Oh, there's no question that the issues around testing. If the federal government could have done two things right off the bat, we would be in a much better place.

Evers said a President Biden will take a more federal approach to COVID-19 testing and providing PPE - personal protection equipment versus a state by state approach. As for Biden's running mate, the presumptive Democratic nominee has said it will be a woman.

"I think he's going to pick the right person," said Evers. "Because there's, you know, the numbers are large that he has considered and I know some of them and they're all good people. So I don't think he can make a bad decision."

If the 2020 decision does go Biden's way, Evers thinks he will have to find a way to bring the country together.

"Really focus on the basics around education and infrastructure, transportation, making sure our airports are in good position," said Evers. "Mass transit, things that create jobs, but also create wealth for a state and for a nation in that we're able to compete with other countries."

President Trump's re-election team issued a response to the governor's endorsement: “It’s no surprise that it took this long for Tony Evers to fall in line and endorse Joe Biden. Evers knows that no one is excited about their underwhelming presidential candidate. Biden’s regressive policies would kill jobs, hike taxes, and abolish law and order in Wisconsin. We look forward to Biden and Evers putting their socialist policy proposals on full display in Milwaukee in a couple weeks so voters can see what they’re really about, and soundly reject it in November," Trump Victory Spokesperson Anna Kelly said.