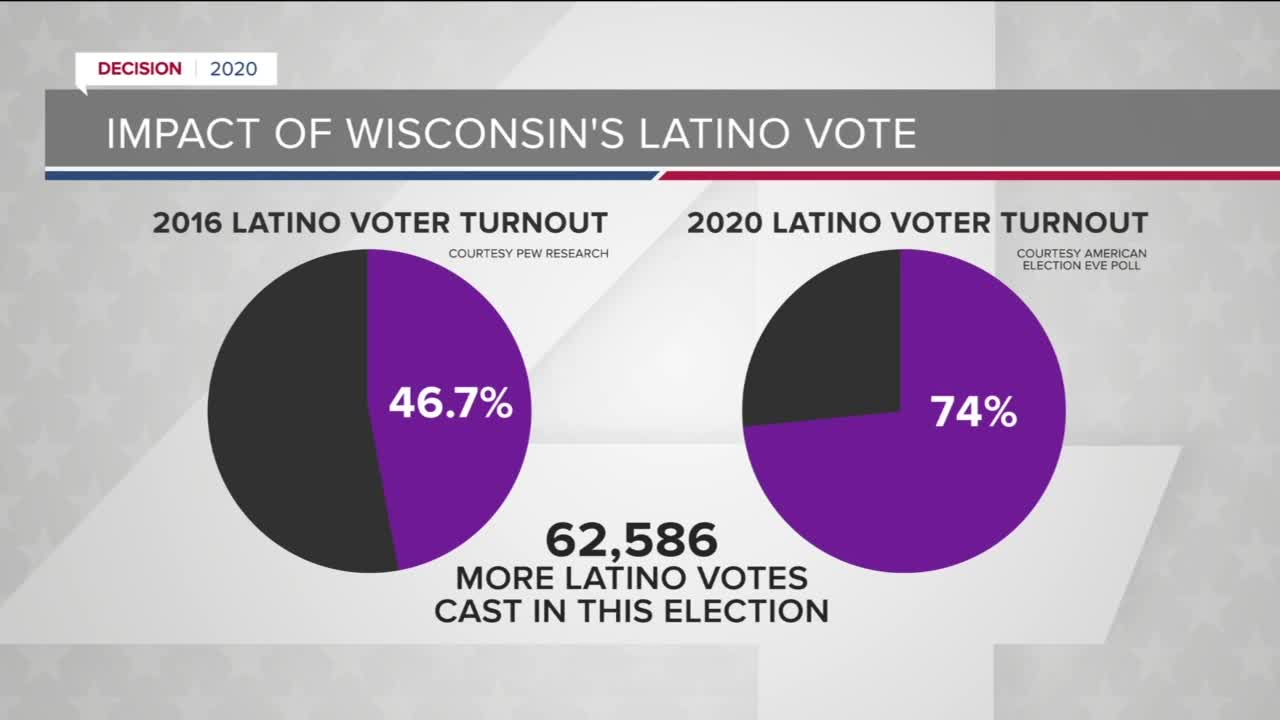 One groups explains how Latino residents may have pushed Wisconsin blue. 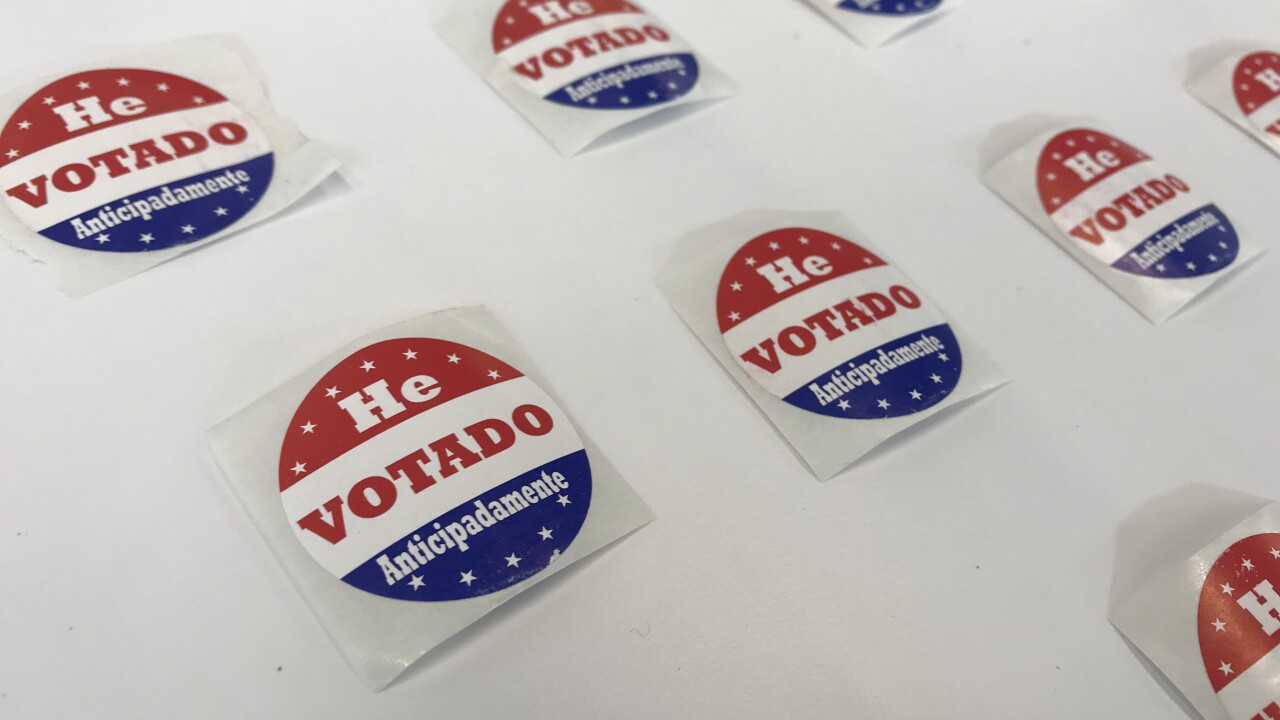 MILWAUKEE — It will be months before official 2020 election turnout numbers are known in the State of Wisconsin but the leaders of the grassroots organization, Voces De La Frontera Action (VDLFA) believe there is enough evidence to show the Latino community made the difference in flipping the Badger State for the Democrats.

Neumann-Ortiz spoke to organizers Friday, celebrating the projected Biden win in Wisconsin. She says the apparent win is due in part to their efforts in activating Latino voters across the state.

“For us, right now, We know in Wisconsin, with the margin so thin, the Latino vote new and infrequent voters will be a critical part of that margin,” She said.

Her theory comes from a couple of different factors. First, a study by The American Election Eve Poll showed 74 percent of Latinos in Wisconsin were supporting Biden. The study was a small sample size, interviewing some 400 voters who either already voted or guaranteed they would be voting. However, if you pair that with the work Voces de la Frontera Action and others were doing on the ground, it paints a better picture of the impact from Latino voters.

VDLFA says they registered some 20,000 new or infrequent Latino voters in the state.

“The key is expanding the base,” Ed Fallone, Chairman of Todos Con Biden said. “Getting new Latino voters out there and higher participation.”

In 2016, Latino voter turnout rate was 46.7 percent in Wisconsin. The American Election Eve Poll says the 2020 Wisconsin Latino turnout was 74 percent. Based on PEW Research numbers for the total number of eligible Latino voters in the state, that’s an increase of 62,568 Latino voters.

Pair this with the results from 2016 to the unofficial results of 2020. In 2016, President Trump won Wisconsin by 22,748 votes. Unofficially, Joe Biden will take Wisconsin by a margin of 20,539 votes. That is a swing of 43,287 votes. This is the main reason they believe the impact of Latino voters made a difference.

“There has been an awakening of the Latino community,” Neumann-Ortiz said.

“The key to victory in Wisconsin was winning the Latino vote from the top down,” Ed Fallone said.

Now, they say, the key is to continue this momentum in following elections.

“This is building power,” Jake Peña, Relational Voter Program Lead for Voces de la Frontera Action said. “It’s through consistent engagement in the community and something we will continue for years to come.”

This isn’t to say Democrats should just always expect this kind of support from Latino voters in the future. The Associated Press and other outlets have said, President Trump made inroads with the Latino community in other parts of the country, like Miami. He didn’t win them over completely, but made some gains. In an election with such slim margins, smaller voter blocs can push an election one way or another.

“They’re a force,” Neumann-Ortiz said. “A progressive force that needs to be recognized for the leadership they have for engaging family and communities.”

“The Latino community is not monolithic,” Fallone said. “But in Wisconsin, they were a key and decisive part of the election.”

Fallone explained further, now that the elected officials got their support, the Latino community wants to see action.

“There are those in the public, who will argue, in a highly divided country, perhaps some hot button issues like immigration reform should be put off,” Fallone said. “If that happens, Democrats will lose the support of the Latino community. We were there in this election. We made a difference. We expect those who got elected to take action.”