Wisconsin Democratic Delegates gear up for the Democratic National Convention 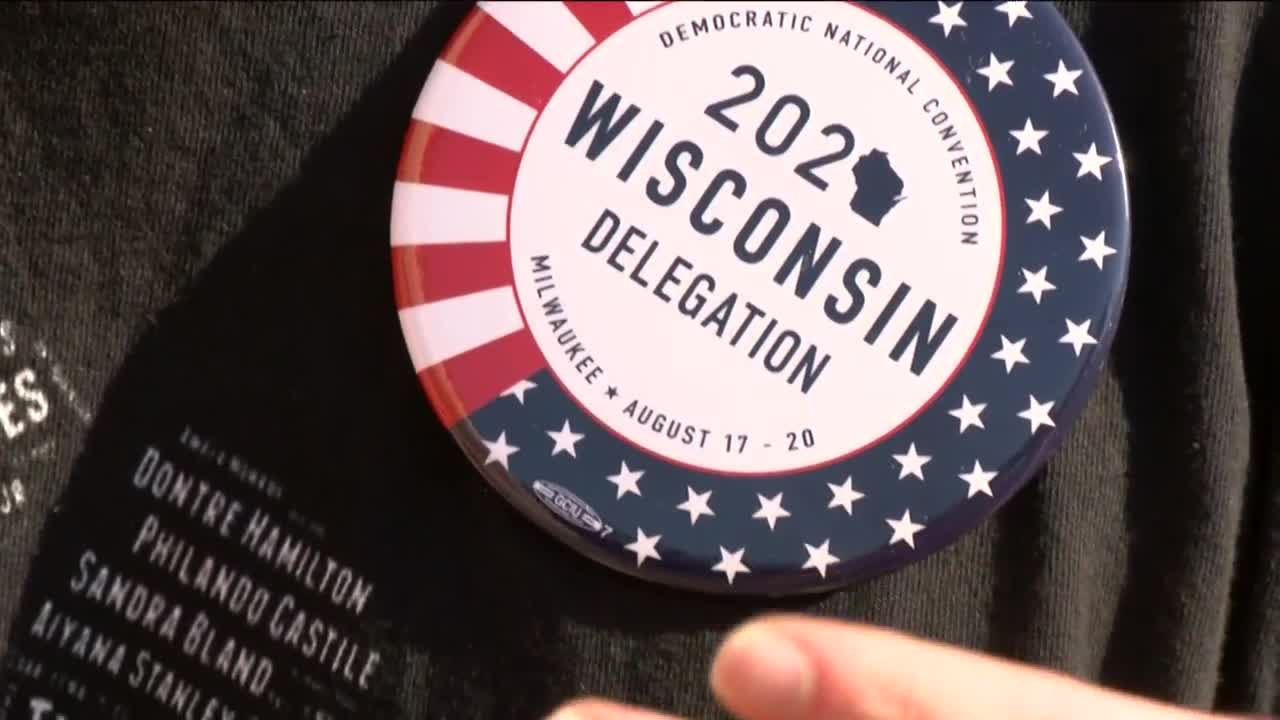 The kick off to next week’s Democratic National Convention is underway and even though it has gone mostly virtual, it is not stopping some Wisconsin delegates from gearing up.

MILWAUKEE — The kick off to next week’s Democratic National Convention is underway and even though it has gone mostly virtual, it is not stopping some Wisconsin delegates from gearing up.

Dassow is a long time party member. At her home, Deb has a “Tipper Rocks” sign for former Presidential Candidate Al Gore’s wife. She was ready with her DNC convention outfit from her American flag scarf to her donkey footwear.

“I have my shoes,” said Dassow pointing to her red, white, and blue donkey shoes. “I have had these for a couple of years.”

She says for history buffs like her, the DNC is an amazing event.

“You’re there, there’s a lot of energy. People are excited. They come excited and they leave even more excited,” said Dassow.

But what Dassow and fellow delegate William Walter were most excited for was a chance to be apart of the host city.

“This was kind of a bucket list item. It’s a big deal to have a national convention to come to your city,” said Walter, Democratic Delegate from Germantown.

Even though these delegates will not get to play host in their own city, they both plan to participate all the way.

“I'm doing some virtual zoom meetings and watches with people from the Wisconsin delegation,” said Dassow.

“Most of the convention will be publicly accessible which will be nice for anyone who might not be a delegate who wants to kind of see what’s going on, what people are doing,” said Walter.

Although not all delegates will be in the room, there will still be a roll call vote for each state casting their official votes during the convention.