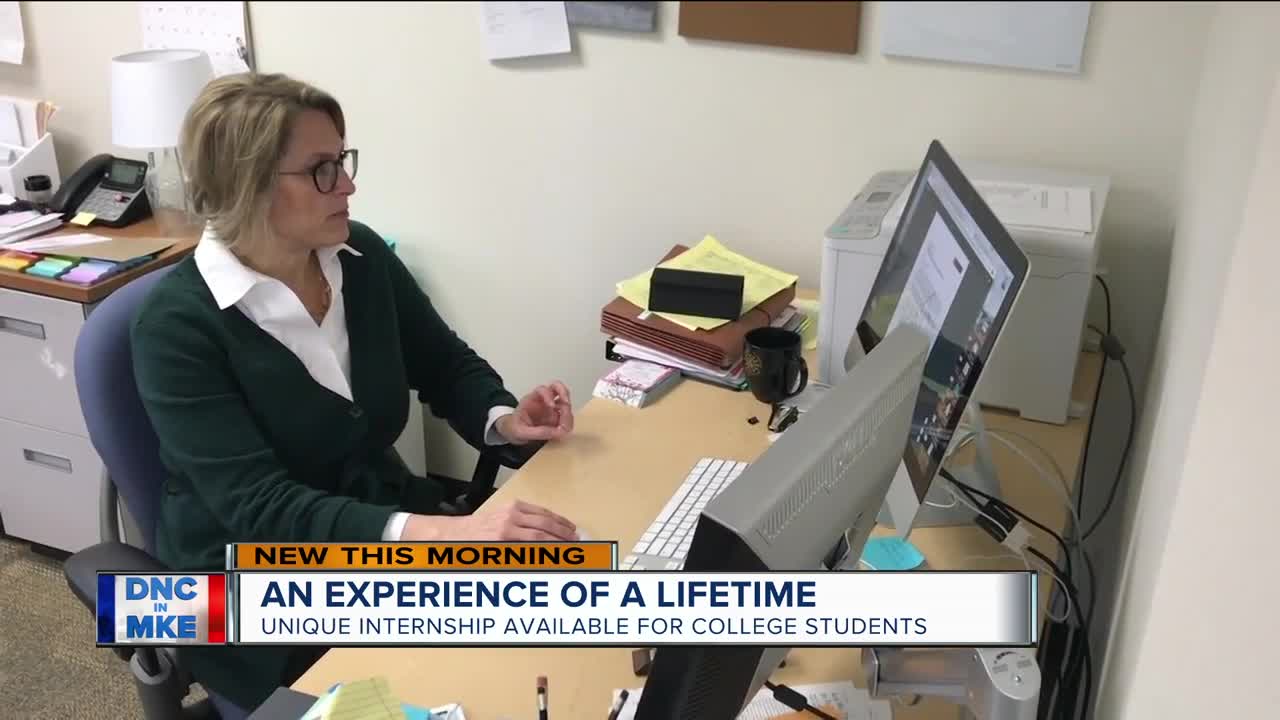 UW-Milwaukee will offer a special course this summer on presidential nominations, which will be happening at the same time as the DNC.

MILWAUKEE — The Democratic National Convention in Milwaukee this summer is expected to draw 50,000 visitors to the area.

Some of those convention-related visitors will be student interns.

But at UW-Milwaukee, campus officials are already hard at work on devising ways for their students to take in the unique experience of a national, political convention right in their backyard.

"The fact that the DNC chose Milwaukee as their meeting space this year immediately got us thinking about ways to get the students involved," said Sara Benesh, Chair of the UW-Milwaukee's Department of Political Science.

Benesh said UW-Milwaukee will offer a special course this summer on presidential nominations, which will be happening at the same time as the DNC.

The goal is for one part of that course to be classroom instruction, and the second portion to be experience "on the ground" around the convention center, Benesh added.

"Given all the security, it'll be difficult for us to get the students into the security zone, but we're hopeful we can get them in front of some of the delegates, and some of the other groups that are meeting when they're outside Fiserv Forum," she said.

While Benesh and other faculty/staff at UW-Milwaukee will work to get interested students into DNC-related internships this summer, at least 10 UW-Milwaukee Panthers will have the chance to participate in The Washington Center's "Campaign 2020: National Conventions" seminar, which recently announced the university as its official partner for the convention in Milwaukee.

The Washington Center seminar has allowed students and young professionals to interact with political insiders, media members, advocacy groups, state delegations and other convention-related players at both the DNC and the RNC since 1984. Each seminar includes 150-250 students from around the country.

"They have more access potentially to the actual floor," Benesh said of the organization. "So students in those internships might be able to get into the convention."

As The Washington Center's partner for the 2020 DNC, UW-Milwaukee will be gifted 10 scholarships for its students to participate in the seminar. Each one costs approximately $4,300.

Benesh noted other students wanting to participate can still pay for the seminar, which is two weeks, through The Washington Center on their own. The deadline to apply for the seminar is March 25.

"I'm hopeful our students will make plans for summer allowing them to stay in Milwaukee, and stay on campus," Benesh said.

She said the UW-Milwaukee as a whole will also be aggressively marketing itself during the DNC. Many visiting student interns from other universities could be in search of graduate school programs in the next couple of years.

Benesh said officials on campus "are already thinking about programming we could to to highlight some of the really cool centers on campus, and the museum on campus."