Plan to keep bars open until 4:00 a.m. during DNC in jeopardy 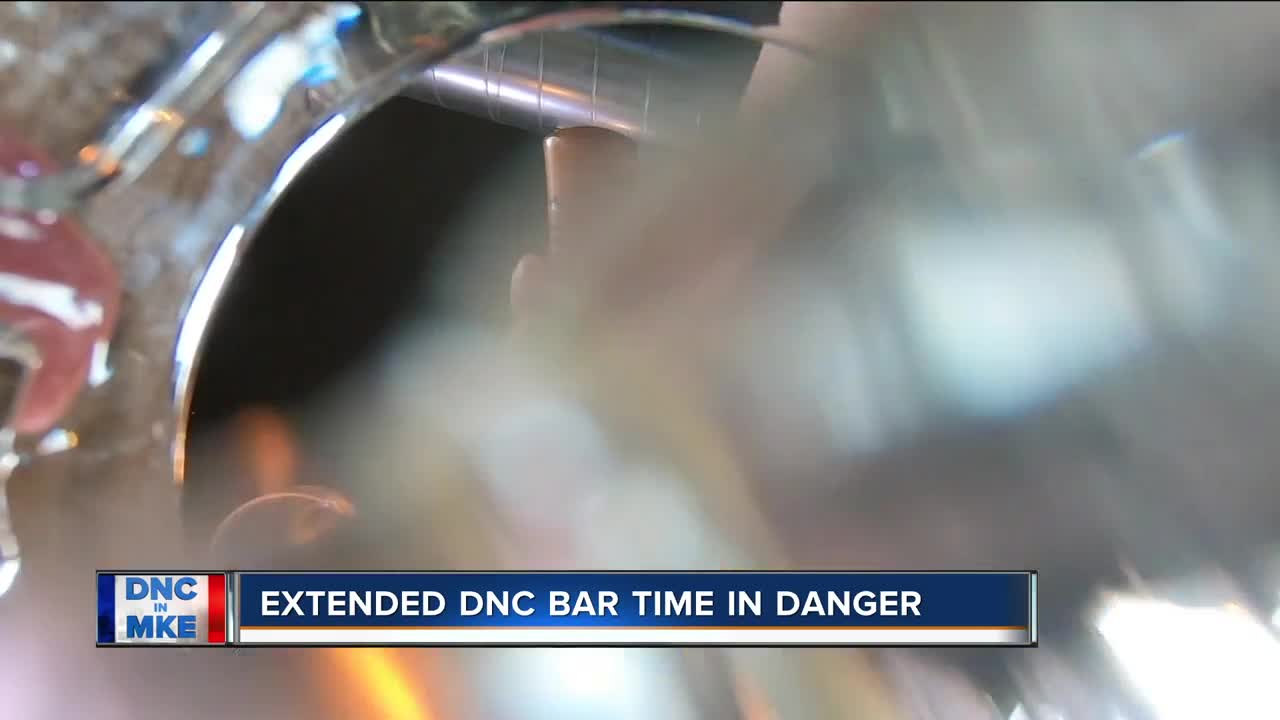 The plan for a 4:00 a.m. bar close time during the DNC may be in jeopardy after one representative asks for a combined proposal.

MILWAUKEE — Extended bar hours during the DNC could be in jeopardy.

The change would require state lawmaker approval, and according to our news partners at the Milwaukee Business Journal, Rep. Rob Swearingen (R-Rhinelander) won't consider the proposal unless it's coupled with a separate issue: wedding barn alcohol regulations.

Swearingen chairs a key Assembly committee and is a former president of the Tavern League. The bill would have to go through Swearingen's committee, and if he doesn't entertain the concept, the bill won't reach the Assembly floor and be approved.

This proposed bill, that Swearingen wants to combine with the 4:00 a.m. proposal, would require wedding barns to obtain liquor licenses. Currently, those who rent out barns or weddings or other events typically bring their own alcohol even though the facilities don't have licenses.

Bar owners say they don't think it's fair to put these separate issues into the same law proposal, and now they fear they're running out of time to make it happen.

Ever since last April, bars across southeast Wisconsin have been pushing to stay open until 4:00 a.m. on the nights of the DNC. For Calderone Club owner Gino Fazzari, an extra couple hours is about more than just revenue.

"Before this week, did you think it was pretty much a done deal?" Fazzari was asked.

"Yeah. I mean, it makes sense," he said. "I think the city supports it, most of the restaurant and bar owners support it. I don't know one that doesn't."

"We understand there's only going to be two floor sessions left on the assembly side and they're going to be done at the end of February, so the time is of the essence," said Hillmer.

Hillmer says the cities that held the past two DNC's and RNC's allowed bars to stay open until 4:00 a.m., so if this doesn't happen, Milwaukee would be an outlier in that regard.

According to the Business Journal, Assembly Speaker Robin Vos did not immediately respond to a request for comment. Neither did Swearingen.