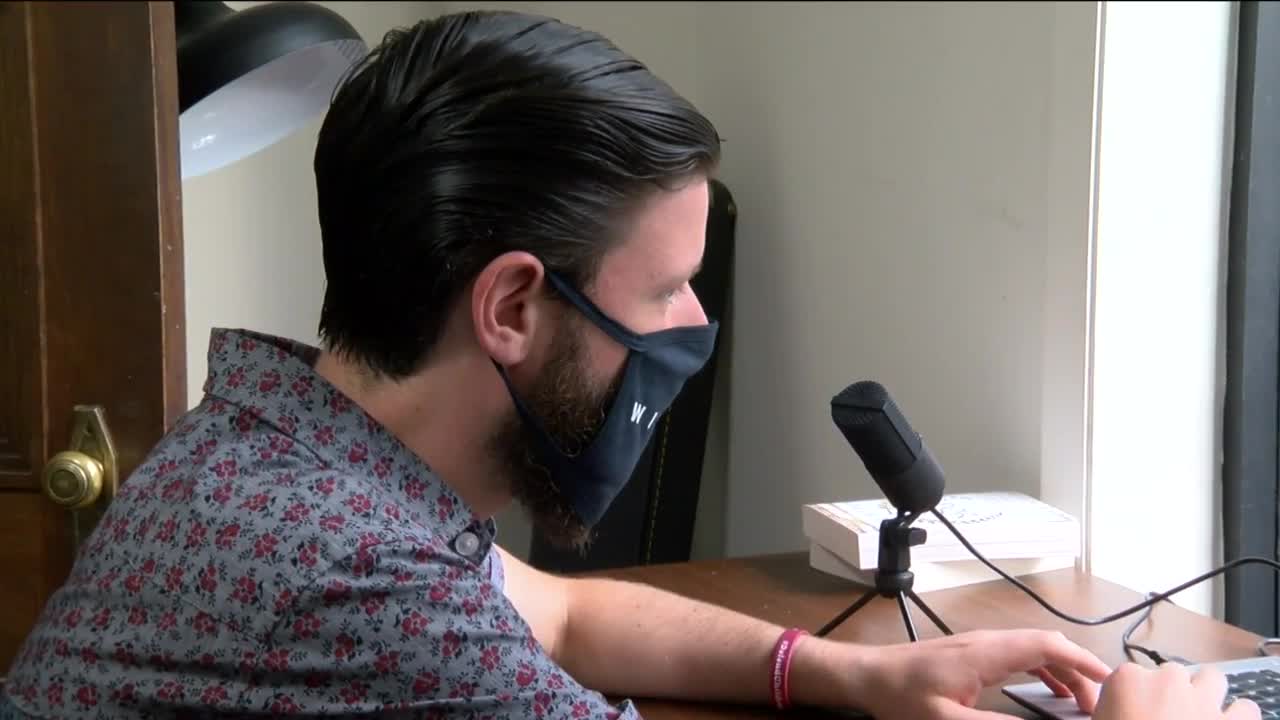 Many of them said they tuned in to a breakfast meeting and then watched several caucuses and councils throughout the day. The day ended with a prime time special with speakers including Sen. Bernie Sanders (I-VT) and former First Lady Michelle Obama.

"It's not as good as being there in person, but I'm going to be comfortable," said Alexander Kostal, a delegate from Milwaukee.

Kostal is a delegate for Sanders, and he said he was excited to watch the senator speak, even if it's from his couch.

"As a delegate for Bernie Sanders, tonight is probably the most exciting night for me, I'm looking forward to what Bernie has to say," Kostal said.

Otherwise, he's tuning in to caucuses and councils from his computer in his office during the day.

On Tuesday, the delegates will wake up and follow a similar schedule. It's a long day.

Over in Menomonee Falls, first-time delegate Nick Katers says his busiest days are ahead. He says he will tune in to at least four sessions on Wednesday, and he says he's really energized.

In the meantime, Kostal says he's keeping his focus for the general election.

"I'm comfortable and I'm ready to work the next four days, and I'm going to do everything I can to help elect progressive Democrats in November," Kostal said.