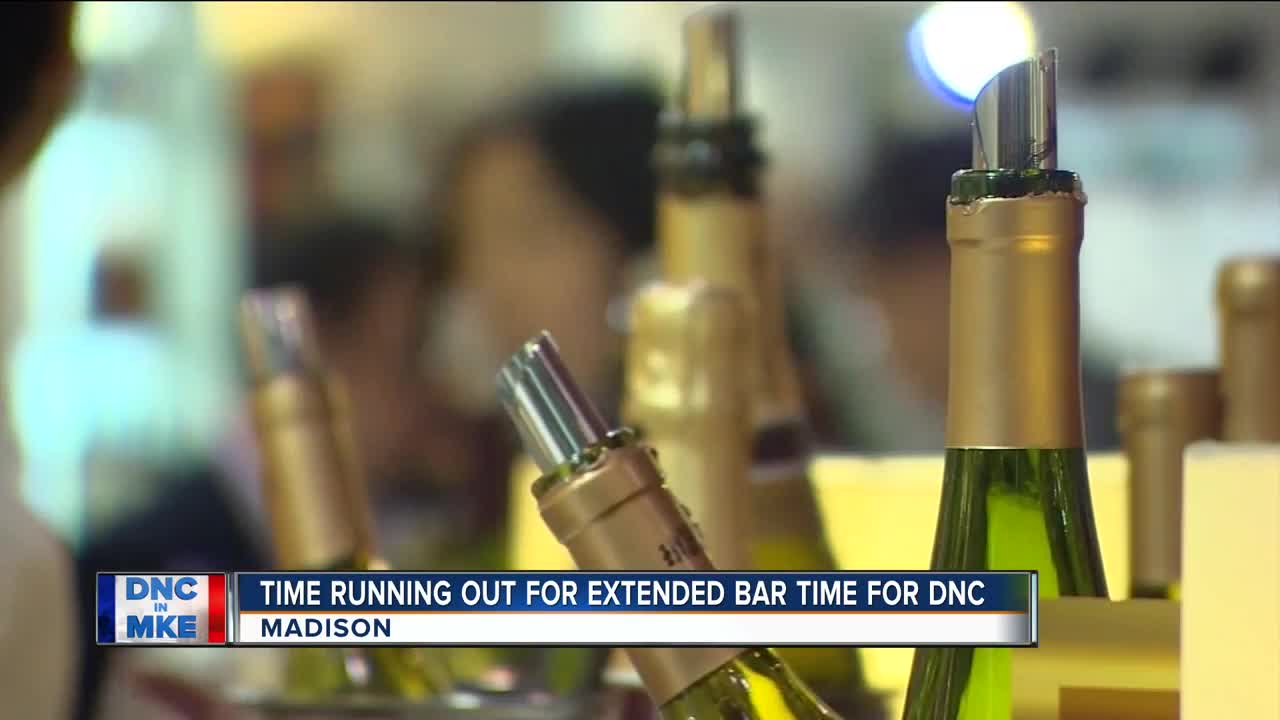 DNC bar times are in jeopardy today after several additions were made to the proposal.

MADISON — Lawmakers in Madison took up a proposal Wednesday that would allow bars across the state to stay open until 4:00 a.m. during the Democratic National Convention.

Extended bar times, even temporarily, need to be approved by the state legislature. However, this DNC bar times proposal doesn’t stand alone. Additional and separate alcohol regulations that are a part of the same proposal led to hours of debate.

Ever since last April, bars across southeastern Wisconsin have been pushing to stay open until 4:00 a.m. on the nights of the DNC.

On Wednesday the proposal was introduced at an Assembly committee hearing without a single voice opposing extended hours during the convention.

“This is a win-win for small businesses in Wisconsin,” said Wisconsin Restaurant Association President Kristine Hillmer.

But the DNC bar times proposal hinges on several other unrelated amendments. Rep. Rob Swearingen is the leader of the committee in which this bill needs approved. He’s vowed to only support later DNC bar times if it includes wedding and private event alcohol regulations.

“Just because you rent the venue to someone from the public, it does not become a private event,” Swearingen said.

“We worked our butts off to get our barns ready,” Bahn said.

“Because there is no regulation and nobody’s going around and checking these places, there are some out there that we have heard and we have seen that are not safe,” Marsicano said.

An assembly committee is expected to take a vote Thursday on the proposal, but time is running out to get the bill signed into law. The state assembly said its legislative session will end next week.