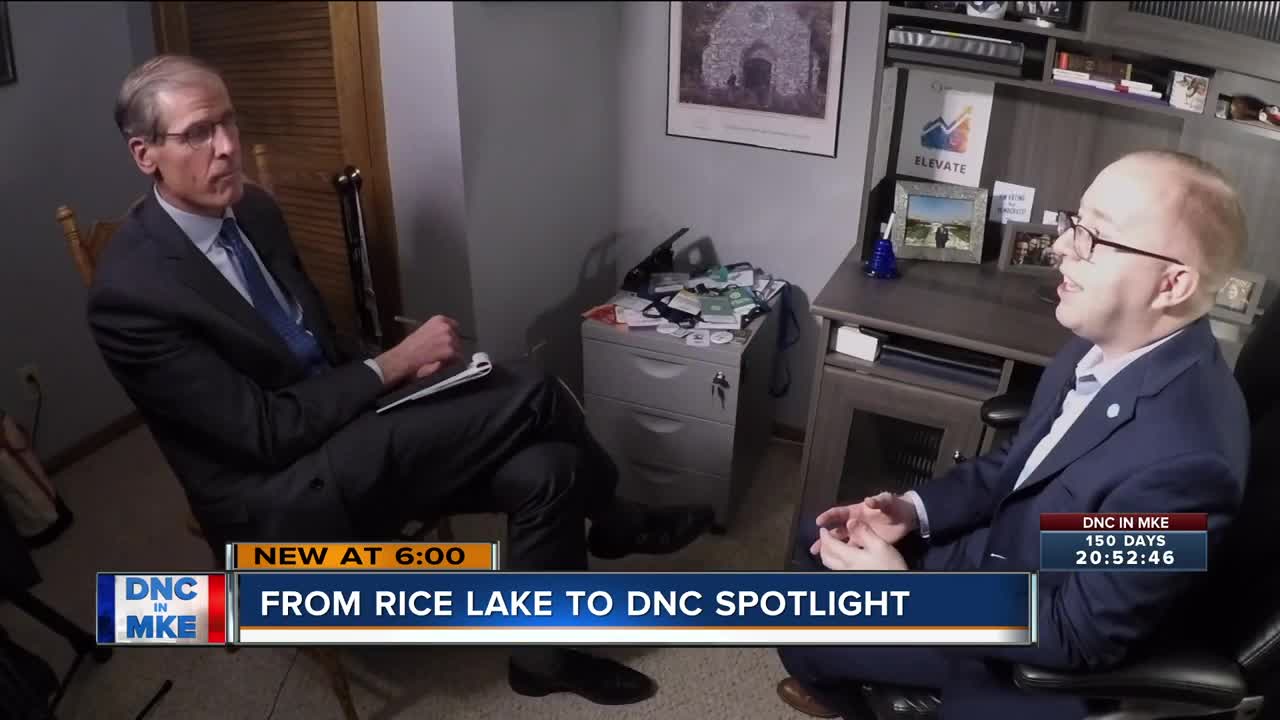 When the Democratic National Convention kicks off in Milwaukee in less than five months, Jason Rae will be both excited and exhausted by the opportunity.

MILWAUKEE — When the Democratic National Convention kicks off in Milwaukee in less than five months, Jason Rae will be both excited and exhausted by the opportunity.

Charles Benson talked with the Democratic Party leader about his big role that began in a small Wisconsin town.

Rae has a busy life as a partner at Nation Consulting in Milwaukee, President of the Wisconsin LGBT Chamber of Commerce and as Secretary of the Democratic National Committee.

A year ago he celebrated his party's decision to host the national convention in Milwaukee. “This is a true special moment,” said Rae.

His love for politics dates back to growing up in Rice Lake - a small town in Northwest Wisconsin.

“I remember back in third-grade they asked us to write a biography I decided to do JFK,” said Rae.

By his junior year in high school he was a U.S. Senate page.

“It's a true honor, I was appointed be Senator Herb Kohl to spend six months in D.C.," said Rae.

By 17, he was too young to vote or be a DNC delegate but Benson was with him at the 2004 Democratic National Convention in Boston when he was the youngest ever committee member of the DNC.

“As a kid who got involved in politics and got elected to the DNC at 17, I don think I ever envisioned being quite where I am today,” said Rae

Today, the Marquette graduate is focused on getting ready for the convention.

His responsibilities include certifying all 5,000 delegates and doing the famous roll call of the statees to nominate his party's presidential candidate.

Last week, the road to Milwaukee hit a setback when two of the top leaders at the 2020 DNC Host Committee were fired for allegedly creating a toxic work environment.

“I don't think it will have an impact,” said Rae. "I think we persevere here in Wisconsin and we will keep moving forward.”

To countdown to the convention, Rae tweets daily fun facts about Milwaukee - like this one last month: Actor Spencer Tracy was born and raised in Milwaukee on April 5, 1900.

There's a lot of work to do and for now he has one request for those who want to be a part of the convention.

“I'm encouraging folks to sign up to volunteer to participate. Attend events when they are happening here during the convention week but I'm not taking tickets requests at the moment," said Rae.