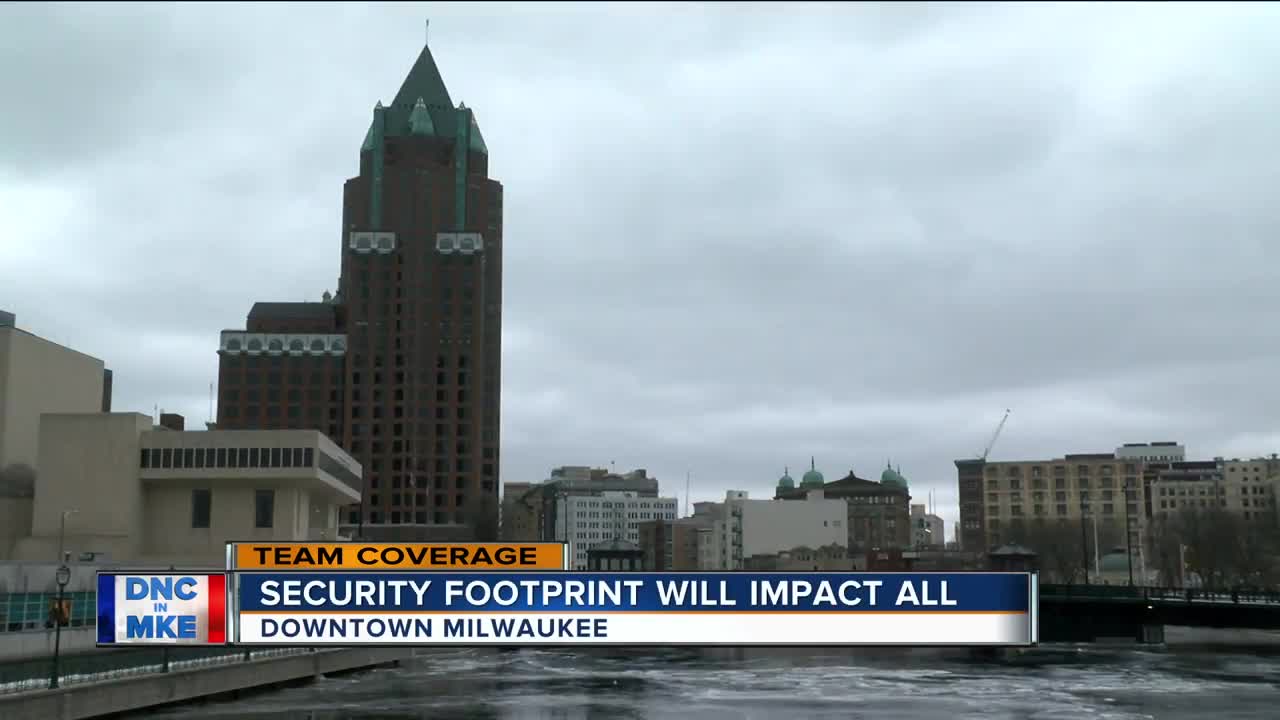 Downtown is more than offices and businesses, it has become a neighborhood where a growing number of people live.

WEST ALLIS — Cherry, 10th, Clybourn and Water St. Those are the four streets that round out the edges of the security footprint for the Democratic National Convention.

The news means the hustle and bustle of Milwaukee’s downtown life will be affected in some way when security ramps up for the DNC.

“I heard it's going to be like three Super Bowls of people,” said one resident who works downtown.

In the area within the boundary, security will be tight.

“I think it would be a large border, but I’m interested to see how strict security will be and how transit will be,” said Kyle Skarr, a downtown resident.

Skarr lives in a high-rise apartment in the middle of the security footprint. He’s excited but has a lot of questions about what security looks like.

“How strict is it going to be? Can I leave my apartment? Can I walk to work?” he asked.

People in the area are wondering how affected streets will impact traffic.

“I think it’s going to be kind of an inconvenience. You got a lot of people coming from work and you don’t want to be crowded up or anything,” said Gabriel Williams, a Hillside resident since 1994.

Willams believes the good will outweigh the bad, especially as residents will be able to stay in close proximity to such a big event.

“I think this is something every child should look upon because we would love to see more black leaders and politicians out there,” Williams said.

More details about the security plans will come in the future, officials said.