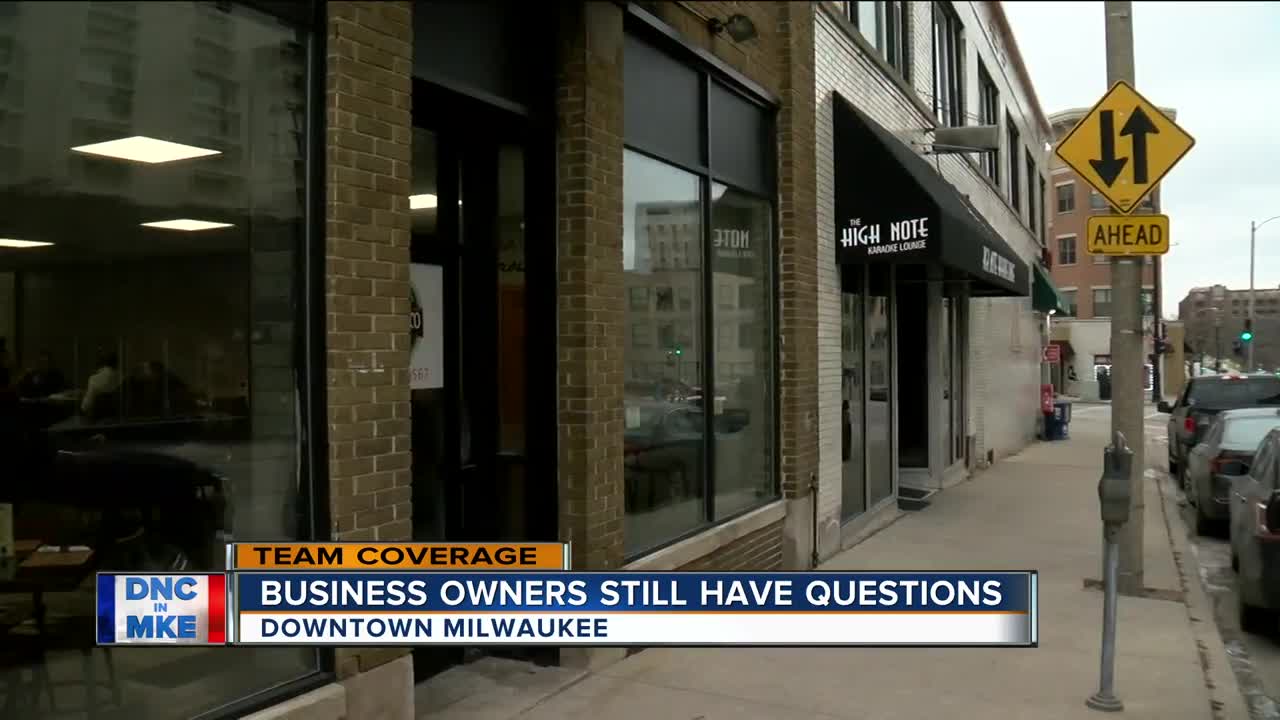 Friday's announcement is forcing businesses downtown to start making plans on how they'll operate during the DNC. 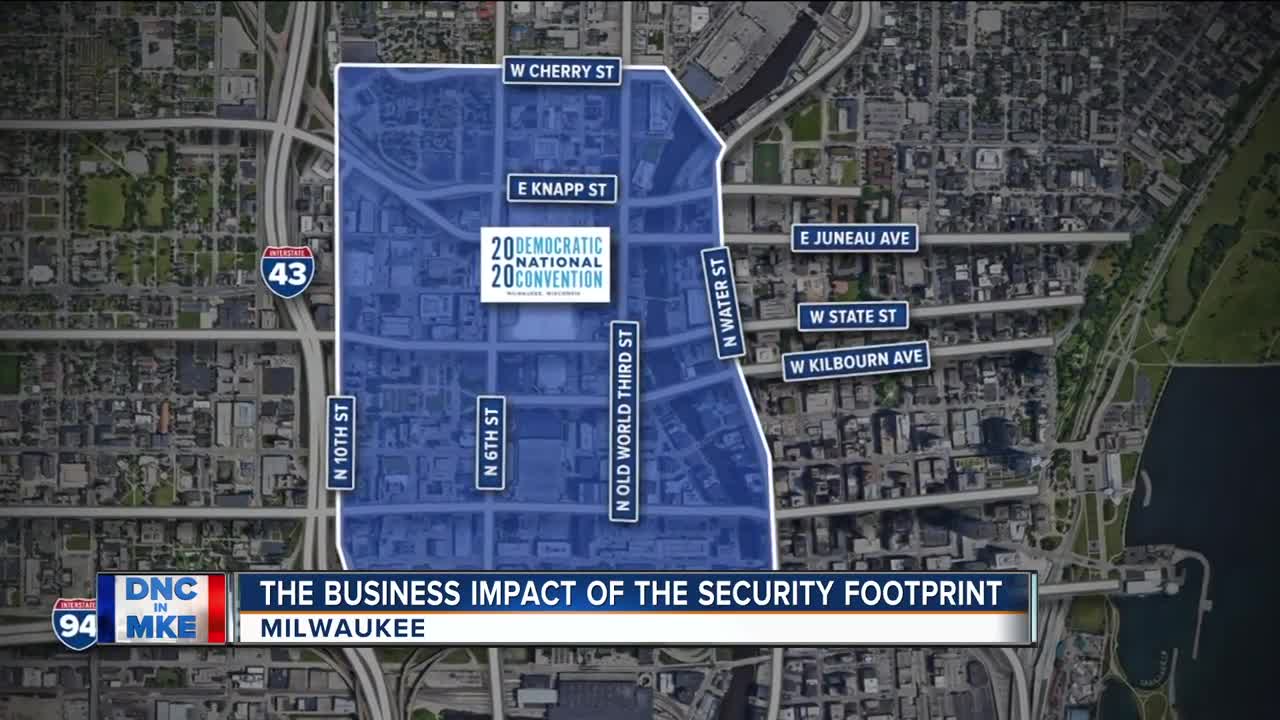 MILWAUKEE — For months, businesses in downtown Milwaukee were waiting to see if they would be impacted by the security for this summer’s Democratic National Convention. Now they’re starting to get some answers.

On Friday morning, city leaders announced what they’re calling the security footprint for the DNC with boundaries from Cherry Street to Clybourn Street and Water Street to 10th Street. They haven’t said much more than that.

Omar Andrietsch’s Colour Palate lies on the border of the soft security zone on Water Street.

“We’re on the edge of the zone. I mean it ends at Water Street, but what does that mean?” Andrietsch said. “It gives us a bit more answers, but with that comes more questions.”

Andrietsch sees it as a positive.

“In the big scheme of things, it’s great for the city, it’s just how do we navigate it? How do we handle it?” Andrietsch said. “How do we do lunch deliveries inside or outside the zone?”

“I think we’re prepared to get our employees here and get everyone that needs to be here on time and open up for everybody at the DNC,” Lazo said.

However, he wants to know how his employees will be able to get to work.

“Are we going to have to park somewhere else, then get a ride here? I just want to know how the area’s going to be cordoned off,” Lazo said.

Lazo and Andrietsch have ideas for dealing with the problem and realize they will have to be flexible.

“What I’m willing to do for my employees is go pick them up and bring them here all in one car, versus bringing different cars,” Lazo said.

At this point, all they can do is brainstorm and go with the flow.

“I can come up with 20 different scenarios on what we would do, and until you have the information you can’t really go very far with it,” Andrietsch said.

City leaders stress that the zones are bound to change. They also want to make it clear, they’re not asking any businesses to close.