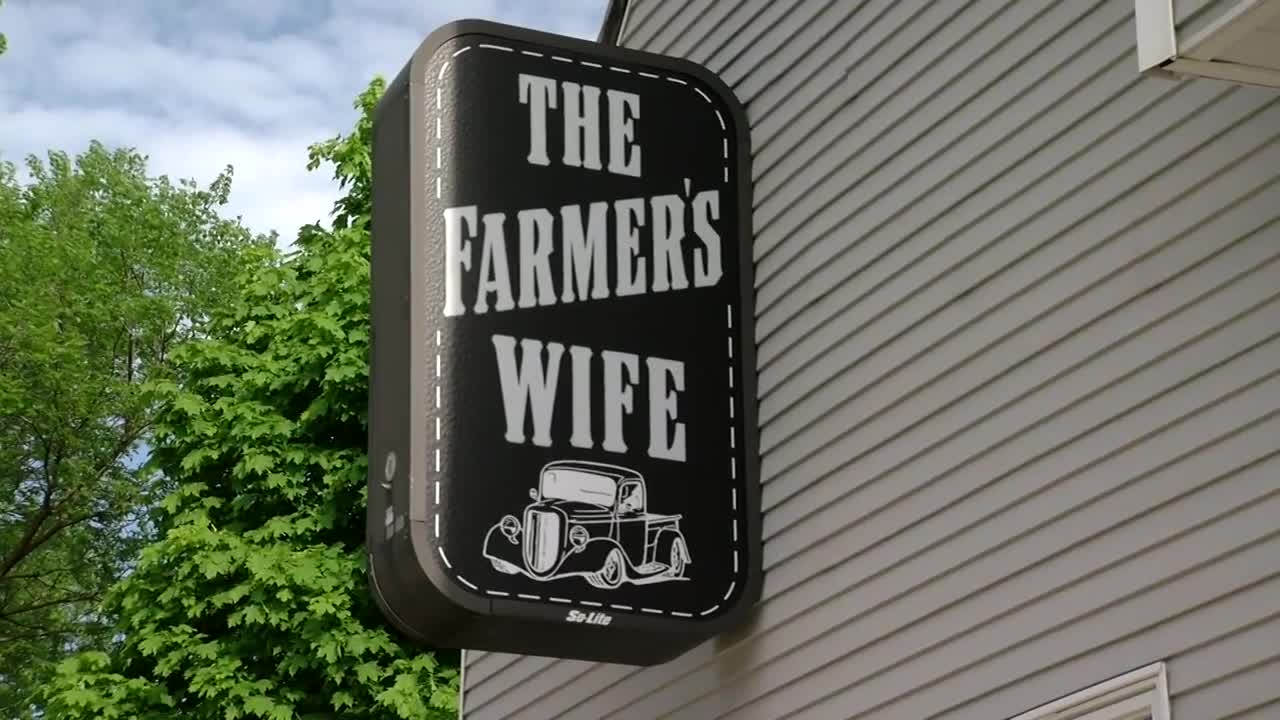 Restaurants across Wisconsin continue to face hard times during the coronavirus pandemic. Now a West Allis spot will shut down permanently later this week, one of the first to do so in the Milwaukee area.

WEST ALLIS — Restaurants across Wisconsin continue to face hard times during the coronavirus pandemic. Now a West Allis spot will shut down permanently later this week. The owner believes that it may not be long before others follow suit.

When Robin Mastera opened The Farmers Wife nearly four years ago, she never thought she’d be where she is today, preparing to close its doors for good.

“I wish my story was different right now,” Mastera said.

She put her whole life into the farm-to-table restaurant in West Allis.

“Everything that’s in here we did. My daughter and I laid this floor,” Mastera said.

However, a few months ago the business took a turn for the worse as COVID-19 continued to spread, forcing them to rely on takeout and delivery, and reduce their staff.

“I have servers who have learned how to cook. I’m doing deliveries,” Mastera said. “We’re running as bare as possible.”

They’re making just enough to pay their rent and employees, and Mastera said they can’t sustain that way, so earlier this month she came to a decision.

“I’m at an age now where my husband and I agree it’s best not to go into his retirement,” Mastera said. “That would be our only option to really put this place back where it needs to be.”

While restaurants are starting to reopen for dine-in service, Executive Vice President of the Wisconsin Restaurant Association Susan Quam said to expect more permanent closures in the near future. She anticipates anywhere from 15 to 30 percent of restaurants will close in different parts of the state throughout the year.

“So many restaurants run on such thin margins that to they have to be at a high enough of a cash flow in order to keep their doors open and pay their bills,” Quam said.

It will all come down to the customers, and if they show up.

For Mastera, those loyal ones have been reaching out, sending warm wishes and asking for recipes. It’s helped her realize the impact she’s had on the community, which she’ll treasure in the years to come.

“I know I’ve touched a lot of lives positively so that’s what I’m taking away. It’s worth all the money in the world,” Mastera said.

Mastera said she doesn’t know what her future holds, but she plans to stay in the service industry. She will continue to update the Facebook Page for The Farmer’s Wife with details on any future endeavors.

The restaurant’s last day of business is this Saturday.