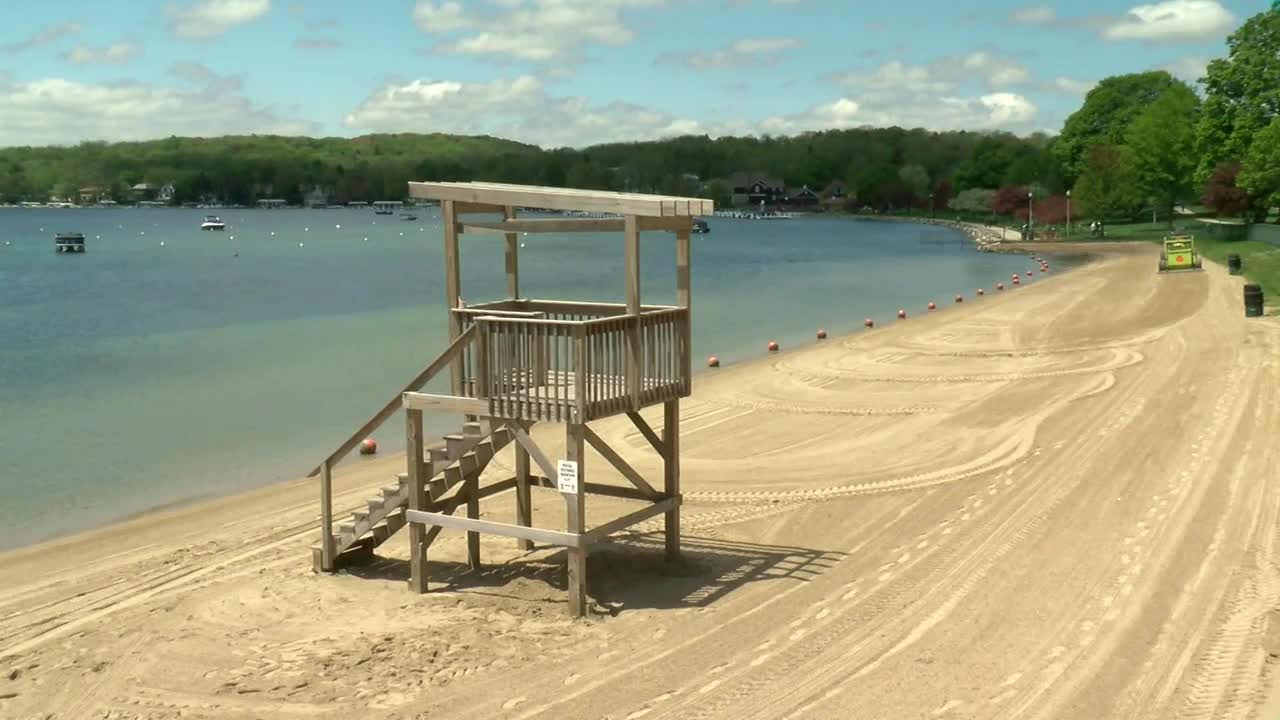 Two longtime beach workers in Lake Geneva have resigned their positions over the decision to reopen the beach this weekend amid the coronavirus pandemic.

LAKE GENEVA — The beach in Lake Geneva will open as scheduled this Memorial Day weekend amid the COVID-19 pandemic. The move hasn’t come without controversy.

It came down to a 4 to 3 vote Tuesday night with the Lake Geneva Common Council deciding to open Riviera Beach this Saturday.

In response, two longtime supervisors of the beach announced their resignations out of concerns for their health. Each had 40 years of experience on the job.

One of them wrote a letter to the council, which was read aloud at the special Tuesday meeting.

“I don't feel it is morally right to put the beach workers, the lifeguards and the beach managers and beach patrons at risk,” the letter read.

Linda Frame is the harbormaster.

“They in their heart of hearts, in talking with their families, they felt it wasn't going to be a good idea,” Frame said.

As of May 20, Walworth County has 310 positive cases that are steadily rising every day.

Some people like Denise Whitman, who lives in West Bend, feels it’s the right time to open the beach.

“I think at this point it's just kind of up to everybody to make their own decisions,” Whitman said. “If they’re nervous you don’t do it, and if you want to come out but you want to keep a safe distance, you find a way to do so.”

Others, like Mary Denney, who lives in Lake Geneva, are concerned that doing so will just increase the number of cases even more, with an influx of visitors from Illinois.

“It's unfair and people that have been working really hard to stay quarantined, it's going to spread more,” Denney said.

Frame said she has already seen a difference in city traffic with the nicer weather.

“There's so many people. I look around and they do not understand what's going on,” Frame said. "The last few weekends, it’s been like the 4th of July weekend. It's crazy."

However, Frame said they’re taking extra precautions by limiting the beach to 300 people, and using ropes and tape to encourage social distancing. Staff will also be wearing masks and gloves.

“I worry about everybody, but the city council voted to put it in, and so that's my job and that's what we're doing,” Frame said.

Frame urges anyone coming to the beach to use common sense.

“Just use some patience. We’ll get through this but we all have to do it together,” Frame said.

Frame said one of the supervisors rescinded his resignation on Wednesday, to come back part-time in July if the case numbers improve.

Riviera Beach will be open all holiday weekend starting Saturday. Then, it will officially open for the season on the May 30.