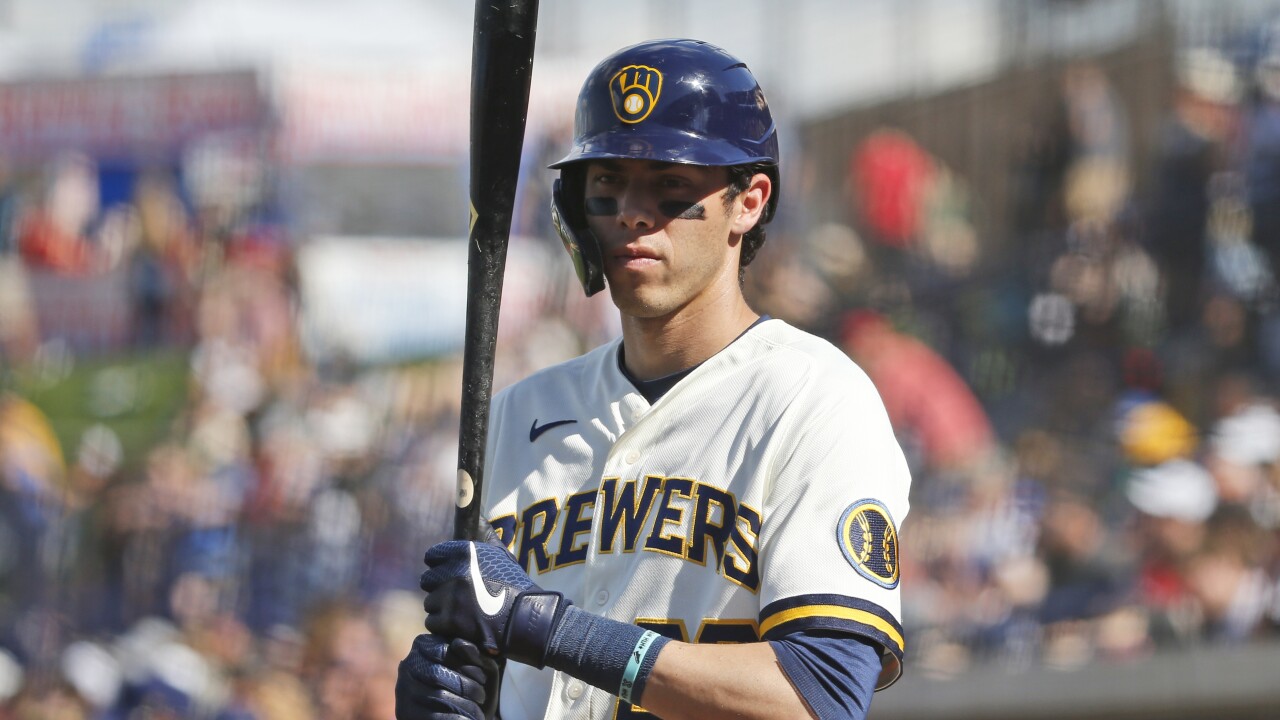 MILWAUKEE — The New York Times caught up with Christian Yelich to see what he's been up to during quarantine.

With baseball on hold, Yelich has had to fill a whole lot of free time. But what has he been up to? The New York Times found out and shared his recent activities in an article on Sunday.

Besides helping out medical professionals and Feeding America with his California Strong organization, Yelich hasn't been doing much.

His days probably look a lot like yours if you're not working. He's been watching Netflix, playing catch with his brother, and even got a PlayStation 4 for video games.

"When I tell you I don’t know anything about video games, I really know nothing. I’ve heard Call of Duty is pretty cool, and obviously MLB The Show. I figure I’ve got to play as myself in a video game at least one time, right? That’s a cool perk of playing in the big leagues," said Yelich.

One thing Yelich has been doing that not many people can say they've done is texting Bob Uecker. According to the New York Times, Yelich has not gotten Zoom for video chatting, but he has been texting Uecker every once in a while.

"I’ve texted with Ueck a few times, but we haven’t Zoomed. He’s just hangin’, just being himself. He’s pretty funny over text, the same as he is in person. It’s a bright spot in your day whenever you get to hear from him," said Yelich.

Yelich also mentioned that he should be using this time to learn how to cook. While he hasn't learned yet, he said if this continues he may need to start thinking about going down that path.

New York Times reporter Tyler Kepner asked Yelich what impact baseball can have on the community when it starts back up. Here's what Yelich had to say:

I think over the course of history you’ve seen that sports helps heal people and situations. So hopefully when we come out of this, whoever is the first sport back can play a part in that and start helping normalize things and get people back to a normal way of life. Obviously it’s probably going to be tough for a little while, but hopefully sports can be a start or a part of the healing process going forward.