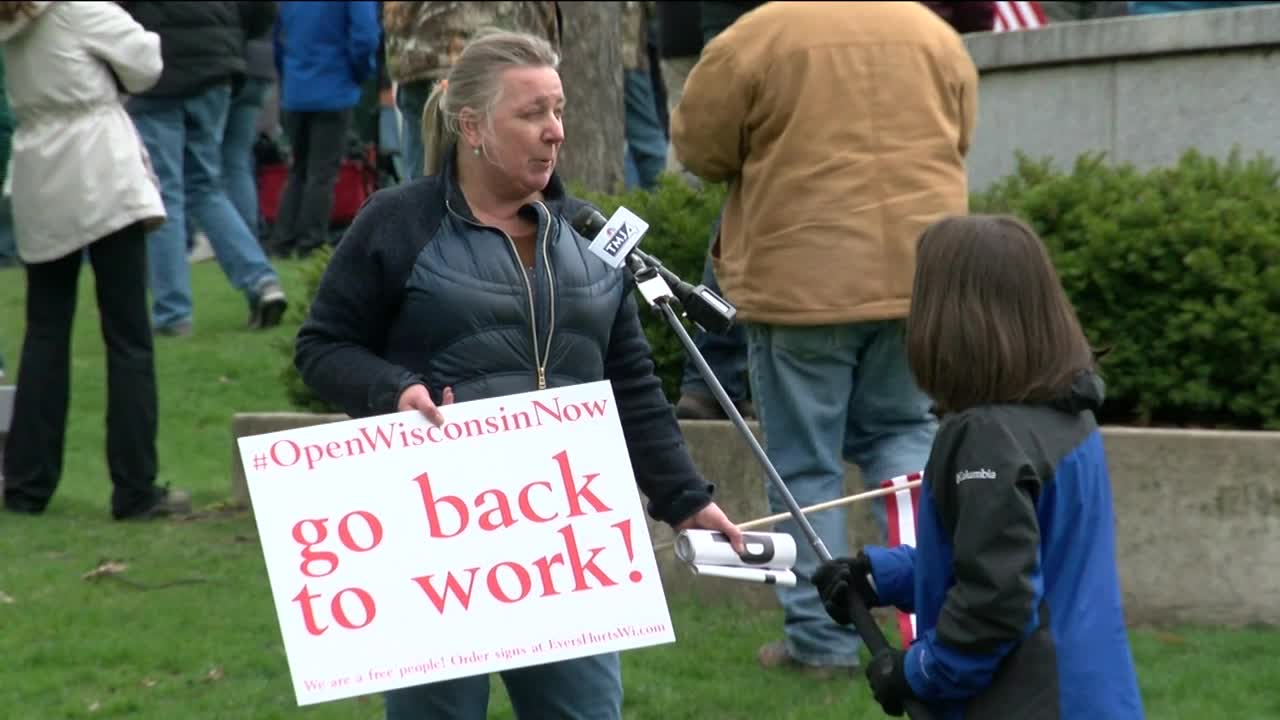 Protestors gathered outside the state captiol today to demand an end to the safer at home order. 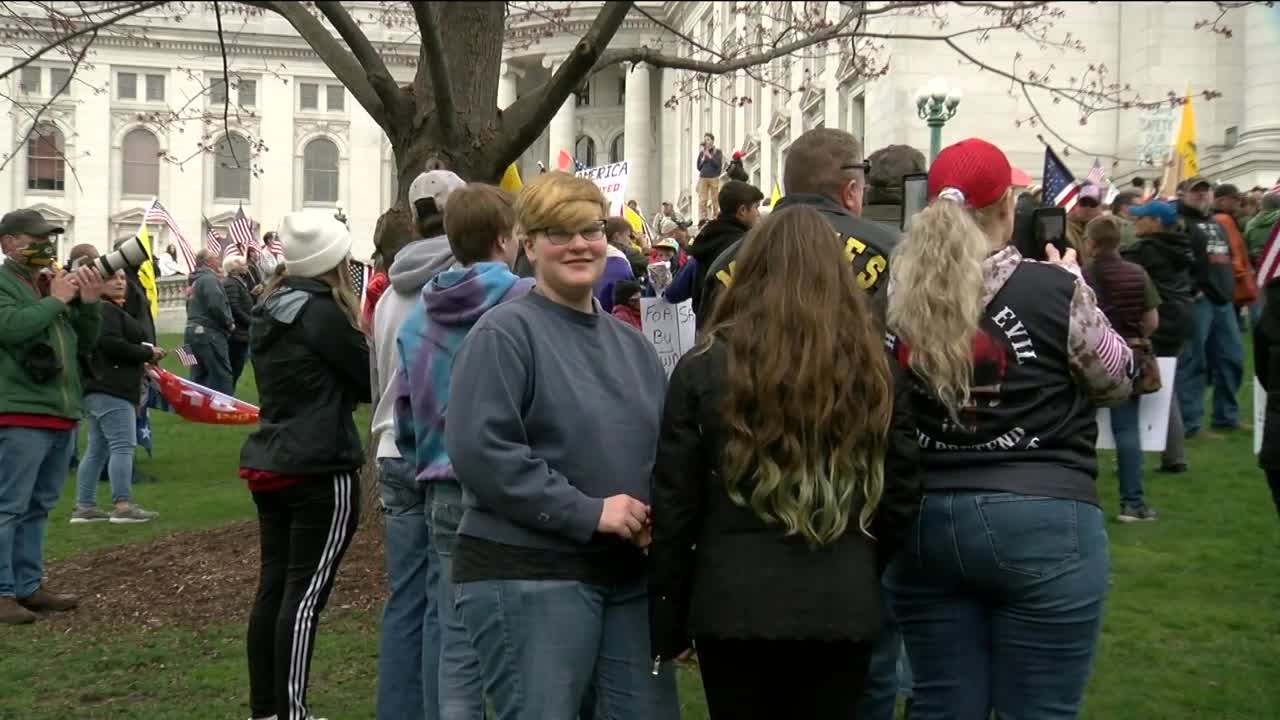 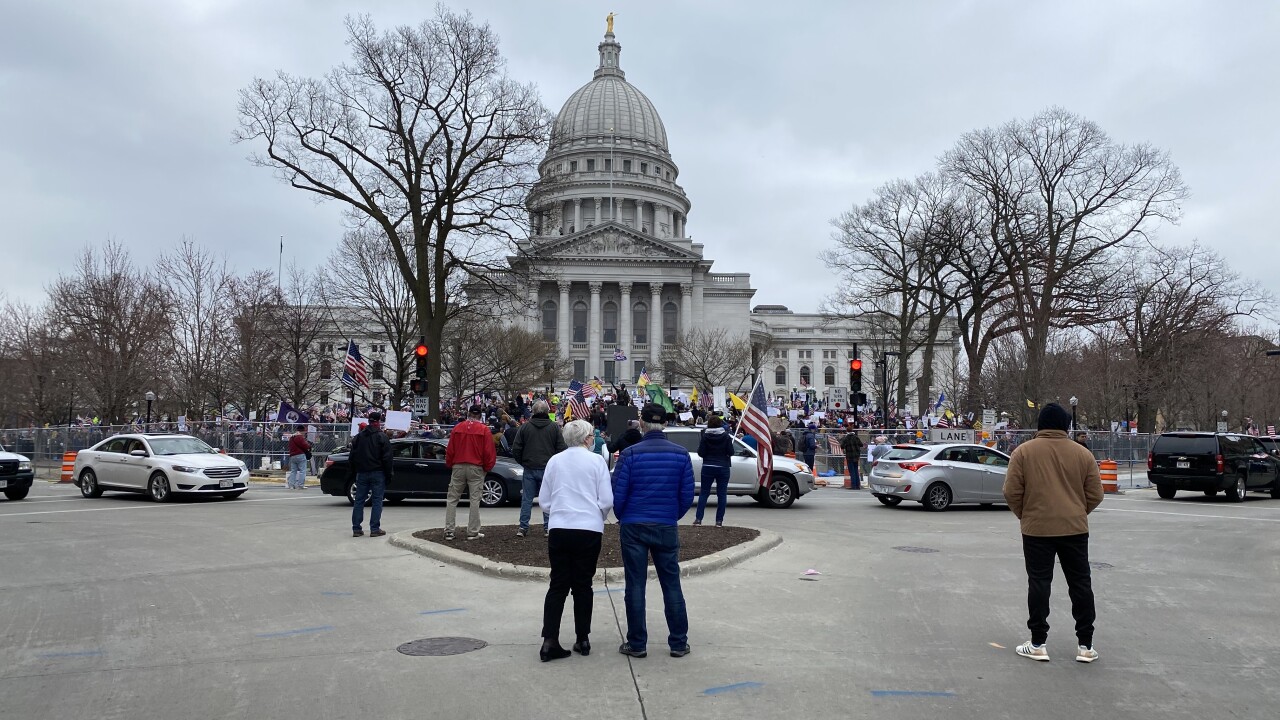 MADISON — People across Wisconsin traveled to Madison Friday afternoon to rally against the state's 'Safer at Home' order on the day it was initially set to end. Governor Tony Evers recently extended it to at least May 26.

For hours protesters cheered to reopen Wisconsin outside the State Capitol, many with signs in hand hoping to make their voices heard. It went on as planned after a permit to hold it on State Capitol grounds was denied.

Nancy Wiitala, who lives in Taylor County, feels that the extension of the order is going to devastate businesses trying to survive.

"The state is overreaching, and it's hurting way more people than the COVID itself is," Wiitala said. "It's getting hard on small businesses everywhere. It's going to have a domino effect on the next business."

Denis Navratil, who lives in Racine, is one of these people.

"I never anticipated anything happening that could make my sales drop 100 percent overnight," Navratil said.

He traveled to Madison because he said this time of lockdown had destroyed business at his gift store.

"A Walmart can be open, a liquor store can be open, but a small business that might serve one or two people at a time while maintaining social-distancing can't be open," Navratil said.

Navratil came to the protest wearing a mask, trying to keep his distance from the crowd.

Several people spread out on the State Capitol grounds, but others appeared to stay in close quarters.

Then, there were some rallying from their cars, circling the State Capitol, and honking their horns.

The sight concerned Angela Janis, a healthcare worker at Mendota Mental Health Institute. She was one of a few healthcare workers who felt obligated to show her support on her day off for those on the frontlines fighting COVID-19.

"We've had an increase in cases in the last couple of days. This is absolutely not the time to come out. It's the time to keep buckling down and focus on the interventions we've made," Janis said. "I know it's hard. I know it's difficult for all of us involved, but everybody has their role to play. We'll keep going to work and taking care of patients, and we just ask that everybody else just stay home and keep doing their part as well."

Michelle Ciezki is from Waterford and is also a healthcare worker. She believes the state is ready to get back to work, saying her hospital is not overwhelmed.

"I think we can open responsibly with masks and with the rules that are in place," Ciezki said.

Navratil agrees and feels there's a way to reopen that both protects our health and benefits the economy.

"Adults can make adult decisions, and there's no risk-free way to get through life," Navratil said. "I think you can care about both things at the same time."

Capitol police said that no arrests were made, and no tickets were given at the rally. They estimated about 1,500 people showed up to protest.