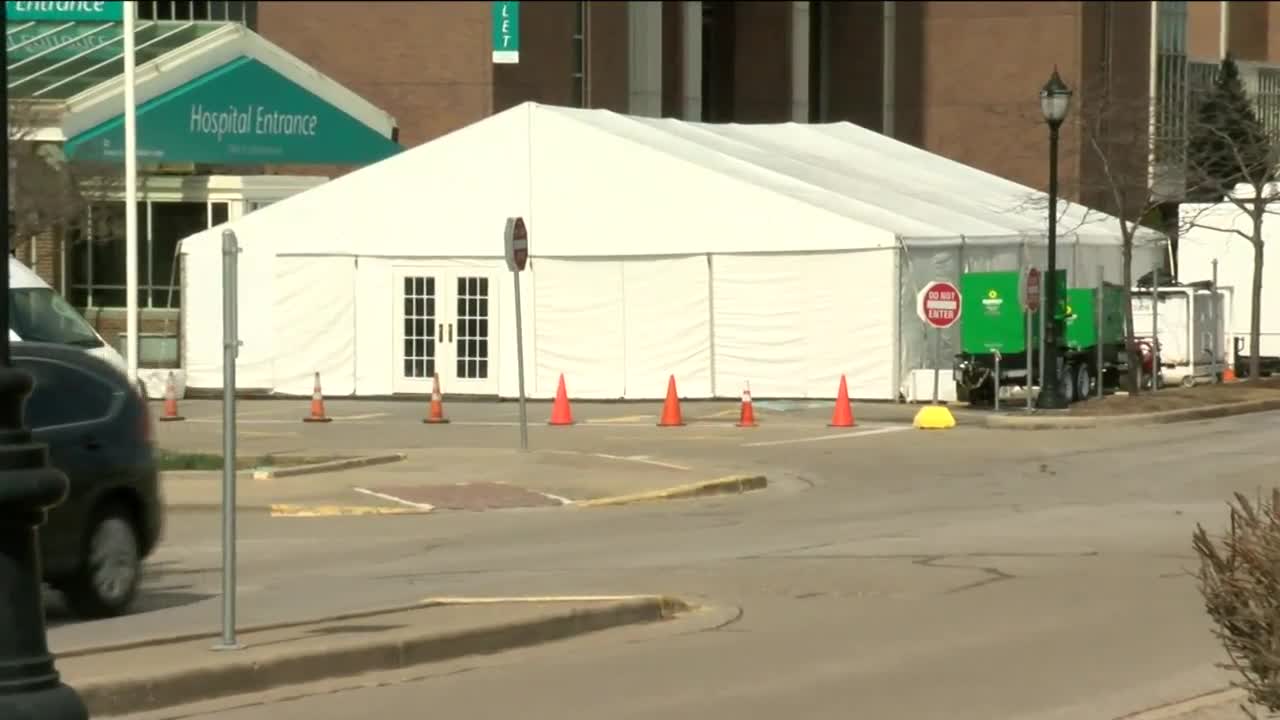 TMJ4 News has learned that not all patients getting elective surgeries through Aurora are getting tested for COVID-19 beforehand.

WISCONSIN — Starting Wednesday, not all patients getting elective procedures through Aurora Medical Group in Wisconsin will be tested for COVID-19 beforehand. TMJ4 News was alerted to the new guidelines by multiple employees who feel their hospitals are putting patients’ lives at risk.

TMJ4 News spoke with a nurse who works for one of Aurora’s hospitals in Southeastern Wisconsin. She has asked that we do not reveal her name in order to protect her identity.

The nurse is concerned about her safety, and the safety of her patients and colleagues. She said they’re so low on COVID-19 testing swabs, they’re no longer testing everyone coming in for elective procedures.

“How do you make that decision, which patients you’re going to protect and which ones you’re not going to protect,” the nurse said. “Previously, we had canceled people that were positive and if we didn’t have the ability to test, then we didn’t proceed with elective surgeries.”

She provided TMJ4 News with e-mails that reveal Aurora hasn’t “received the last two shipments” from its supplier, totaling 17,000 tests. They also revealed that typically, they’ve been testing nearly 14,000 people a week.

“I just want to make sure that people are safe and that they know what’s going on,” the nurse said.

Chief Officer of Aurora Dr. Jeff Bahr said all healthcare organizations are facing shortages in testing supplies, with the federal government ordering suppliers to redirect their swabs to other hot-spots.

He confirmed as of Wednesday, not all people getting elective surgeries will get tested.

“We've had to re-explore how we go about testing and how we prioritize testing,” Dr. Bahr said.

Specifically, Dr. Bahr said they will test patients getting aerosol-generating procedures, like those needing intubation, but said the situation is fluid.

“The CDC has pointed out that certain procedures that are not aerosol-generating do not increase risk for exposure,” Dr. Bahr said.

He anticipates they’ll get more supplies later this month.

However, in the meantime, the nurse feels patients could potentially be unnecessarily exposed to the virus, and that their safety isn’t being prioritized.

Another problem is PPE. The nurse said they’re short of supplies they need to feel safe, but Dr. Bahr said they’re comfortable with their supply.