Milky Way Drive-In Theater kicks off the season May 22 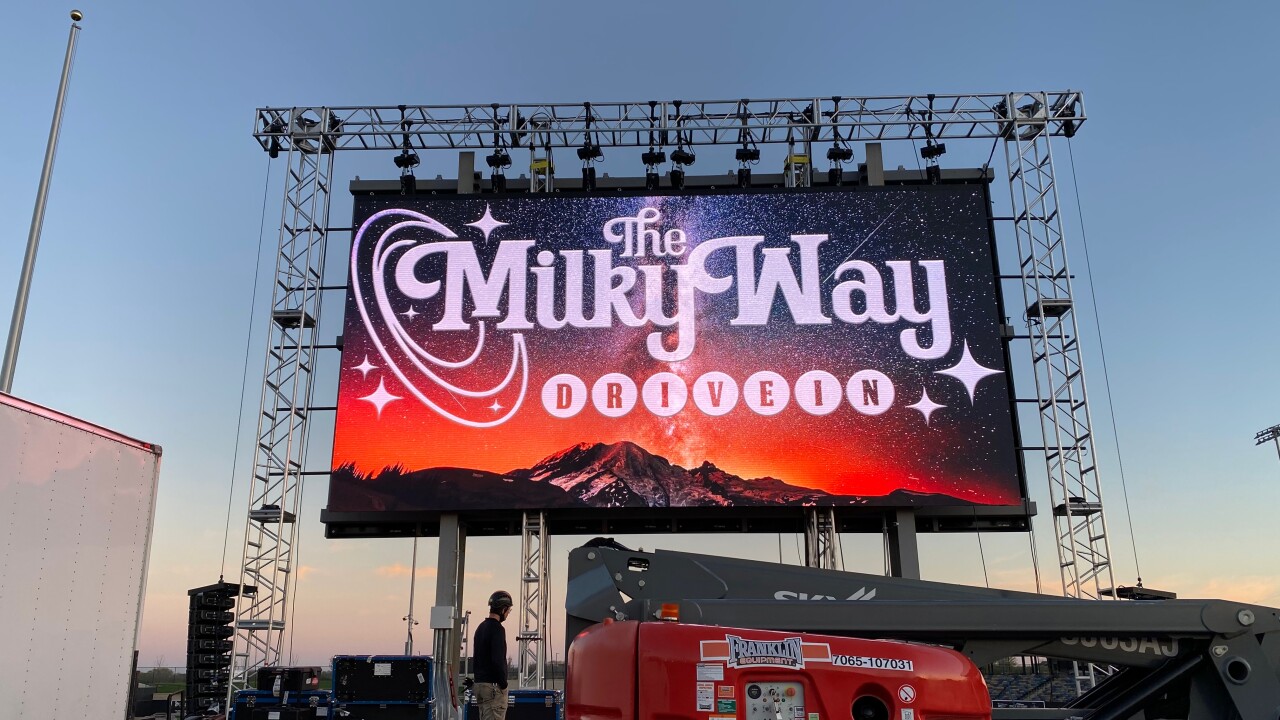 FRANKLIN — If you need a "vintage movie-going experience," the Milky Way Drive-In is opening this weekend.

The drive-in, located at Ballpark Commons in Franklin, will show its first movies May 22.

May 22 will kick off the season that will run to Labor Day.

There will be two shows daily, with the first being family-oriented and the second being for a more mature audience. There will also be a weekly late night feature for high school-age teens and young adults.

Tickets are $35 per movie per car, limited by the number of seat belts.

The drive-in accommodates 150 cars and will show movies on 40-foot LED screens. Food will also be offered. Attendees are not allowed to bring their own into the drive-in.

“If you’ve ever been to a drive-in, you’re going to appreciate the Milky Way as the real thing,” said Mike Zimmerman, CEO of ROC Ventures, developer of the Ballpark Commons mixed-use development and owner of the Milwaukee Milkmen. “The Milky Way Drive-In offers a terrific food-and-entertainment ‘night out’ experience in a safe environment.”

This new drive-in will be located at Ballpark Commons, and comes from a collaboration between the Milwaukee Milkmen, Franklin Tourism, and Studio Gear.

To see the season movie schedule and purchase your ticket, click here.

You can also look at frequently asked questions here.