Fall sports have their challenges, but Franklin schools are overcoming them 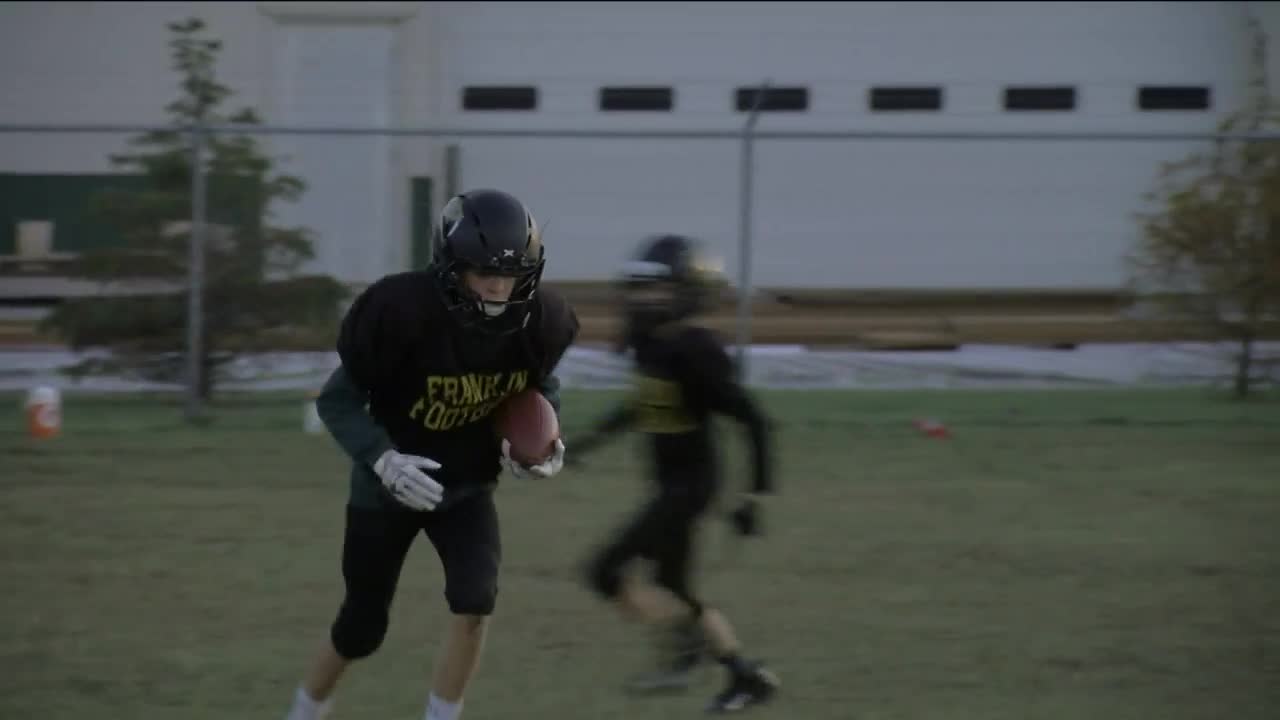 Playing sports in a pandemic has significant challenges.

FRANKLIN — Playing sports in a pandemic has significant challenges.

"We actually worked with the athletic department and the nursing staff for the district, and one of the things that we talked about was the football players and the athletes in general, being the leaders within the school," Franklin Youth Football President Matt Fox said. "So we transferred that over to the field as well."

"We took the plan that Stevens Point had for the high schools," Wisconsin All-American Youth Football League Commissioner Mike Brewer says. "And we restricted it just a little bit more because we have more parent involvement. We have younger kids, right? So the COVID representatives are a big thing. Whereas in high school, the kids can self-report. We wanted the middle-schoolers to come and actually check in with somebody."

"I know it's difficult. You have friends from all over the place. We want them to be able to hang out with their friends that are in football," Fox said. "You know, and it's a hard thing to exclude people from, but if you have a sleep over, if you're hanging out at a birthday party, in order for us to continue with a season... we want to make sure that they hang around with those kids during the season. When it gets to basketball, their basketball coaches are going to be asking them the same thing."

Parents want to know their children are safe and healthy. The youth football program appears to be working, keeping these kids active during the pandemic.

"So we've had positive cases, which we knew we were going to have," Brewer says. "We knew planning this all the way back in April, and working through the summer and the early fall, it was going to happen. It was inevitable. We've lost just a small handful of [AAYFL league] games, less than 10."

Not problem-free but, so far, successful for the kids.

"Research all over the place shows that participation in sports ultimately results in better grades. So nobody in this district, nobody didn't want a season to go on. They wanted this to happen because they know the positive results from that," Fox said.

"No matter what your belief is with this whole pandemic issue, everyone banded together for the student-athletes," Brewer said.