Three shot outside The Miramar Theatre in Milwaukee 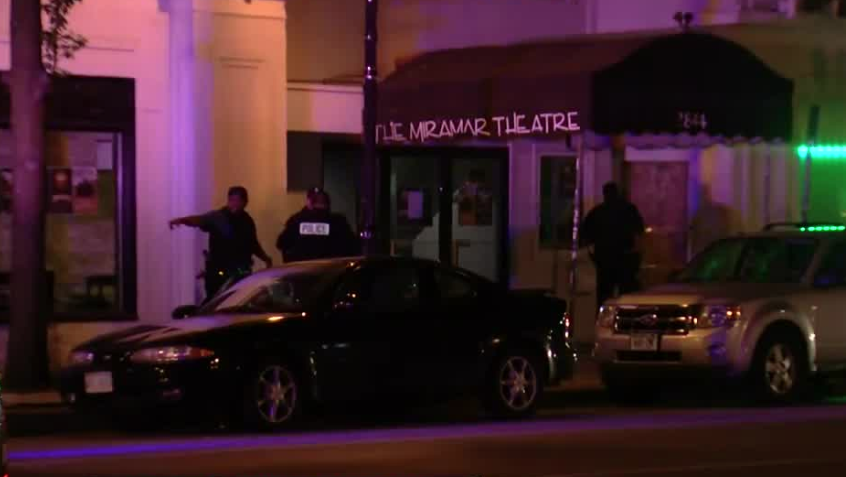 Milwaukee Police are looking for a suspect in a shooting that injured three people outside the Miramar Theatre on the city's east side Saturday night.

The victims are identified as a 25-year-old man and two 20-year-old women. They all have non-life-threatening injuries.

Police say they were called to the scene on Oakland at 8:10 p.m.

A concert was going on when a fight broke out inside the venue. It quickly moved outside, where a suspect fired a gun at patrons.

Dozens of people were in the area at the time, including Hilary Chavez who was having dinner.

"Everybody was piling out really fast like scared, running into the street," Chavez said. "We knew something was going on, and then we heard three shots and so we just dived on the floor."

The suspect remains at large, but police say there is no threat to the public