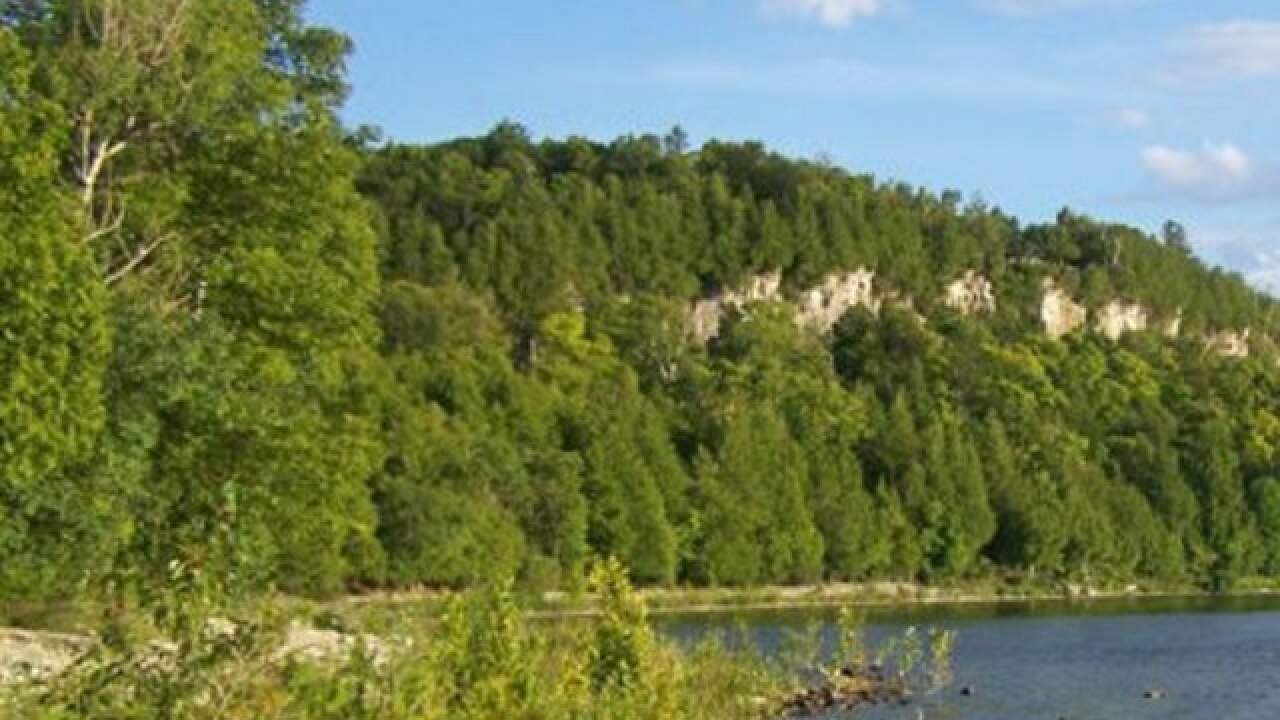 DOOR COUNTY, Wis. -- A 70-year-old man died after he fell from a cliff Sunday at Peninsula State Park, according to the Door County Sheriff’s Office.

The man was hiking with his wife on a trail in the area of Eagle Bluff Lookout when he slipped, slid toward a cliff, and fell, according to Chief Deputy Patrick McCarty.

The sheriff’s office got the call shortly before 2:30 p.m.

A deputy arrived and saw the man approximately 100 feet down the cliff, McCarty said.  The cliff is near water but the man was not in the water when the deputy arrived.

The man, whose name was not released, was airlifted but later died, McCarty said.

On Sunday, September 23, 2018, at 2:24p.m. the Door County Sheriff’s Office responded to the Eagle Bluff Lookout area in the Peninsula State Park for a male subject who had fallen from a cliff.

The initial investigation indicated that a 70 year-old Elkhart IN man had slipped and fell off of a 100 foot drop while hiking with his wife in the park. Emergency personnel from the Gibraltar Police Department, Gibraltar Fire Department, Door County Emergency Services, Wisconsin Department of Natural Resources and the Door County Sheriff Office responded to the scene and began rescue efforts. A helicopter from Eagle III in Green Bay was also requested but the male was pronounced deceased before being evacuated to a hospital.

An autopsy was scheduled for today and this case remains under investigation. Foul play is not suspected. The name of the victim is not being released pending notification of family.