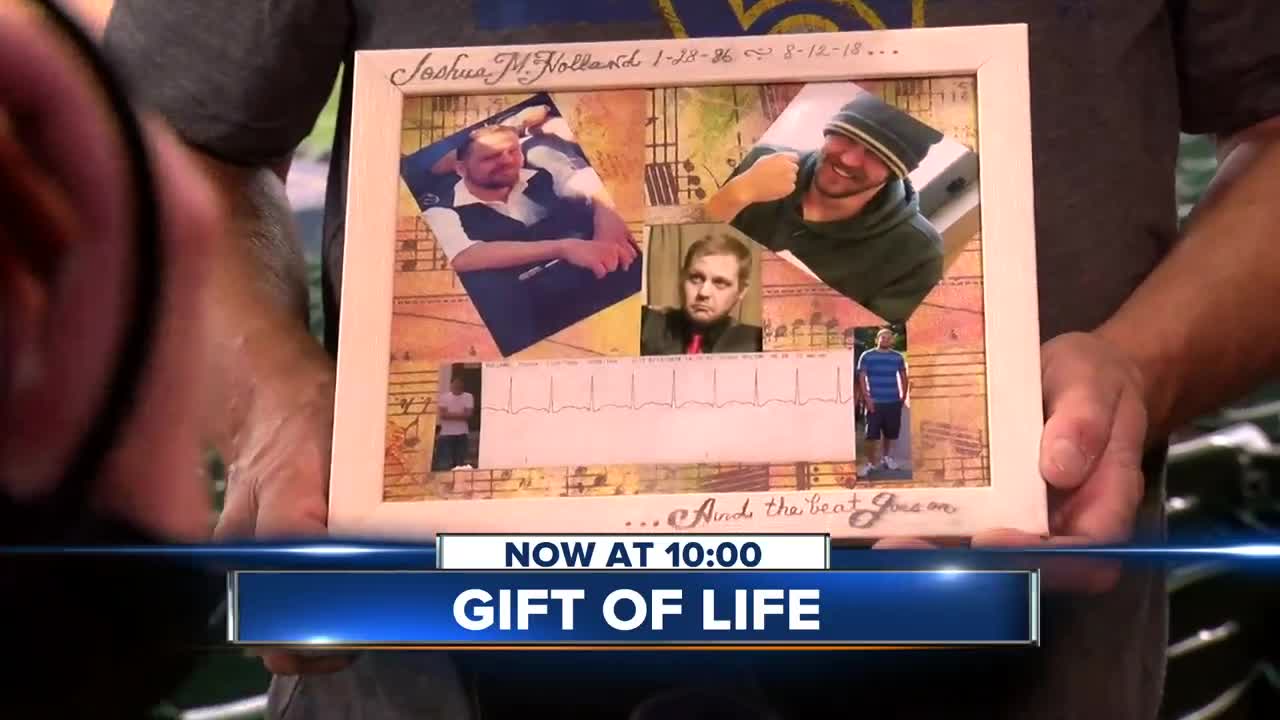 Not much can bridge the divide between Brewers and Cubs fans, but a heart transplant brought together two families of the rival teams. 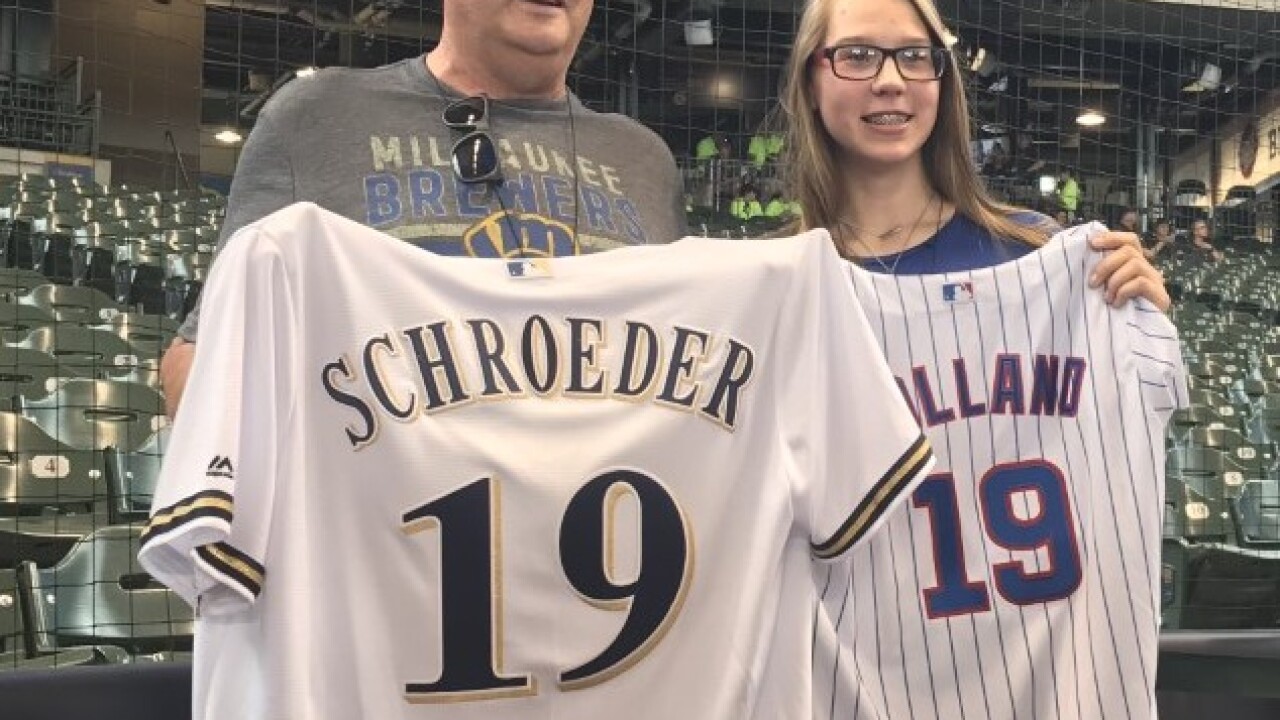 MILWAUKEE — Not much can bridge the divide between Brewers and Cubs fans, but a heart transplant brought together two families of the rival teams.

In 2018, Tom Schroeder spent 50 days in the hospital before getting a heart transplant. His match was 32-year-old Joshua Holland.

Schroeder wrote a letter to the Hollands, thanking them for Joshua's generosity. He asked if they could someday meet, as he wanted "to be a comfort to their loss and my gain," Schroeder said Saturday. "It’s hard to celebrate when I think about them."

The Hollands agreed, replying with a six-page letter about Joshua entitled, "My heart's first journey."

That's when Schroeder, a Brewers fan, learned Joshua is a Cubs fan. So it was only fitting that the two families met for the first time Saturday at Miller Park before the Brewers-Cubs match-up.

"As will I," Schroeder said.

Aside from team rivalries, the families learned Schroeder and Holland have a lot in common: they like the same food, including tuna casserole and they both put others before themselves.

"I think my uncle would be like, that’s someone that I'd pick to have my heart," Wilkerson said.

Schroeder's surgeon, Dr. Eric Weiss, says a match like this is so rare. Weiss said about 2,000 heart transplants happen each year, and there aren't enough donors for recipients. In addition to those odds, he said additional testing must be done to make sure a match is viable.

"He has a second chance at life and I’m happy that he’s living it to the fullest," Weiss said.

Schroeder and Wilkerson, who is a Cubs fan, threw the first pitch together Saturday night. They looked forward to enjoying baseball and other life milestones with each other's new families.

"Even later in life if I get married I’ll invite you," Wilkerson said.