That Target 50% off coupon is a fake 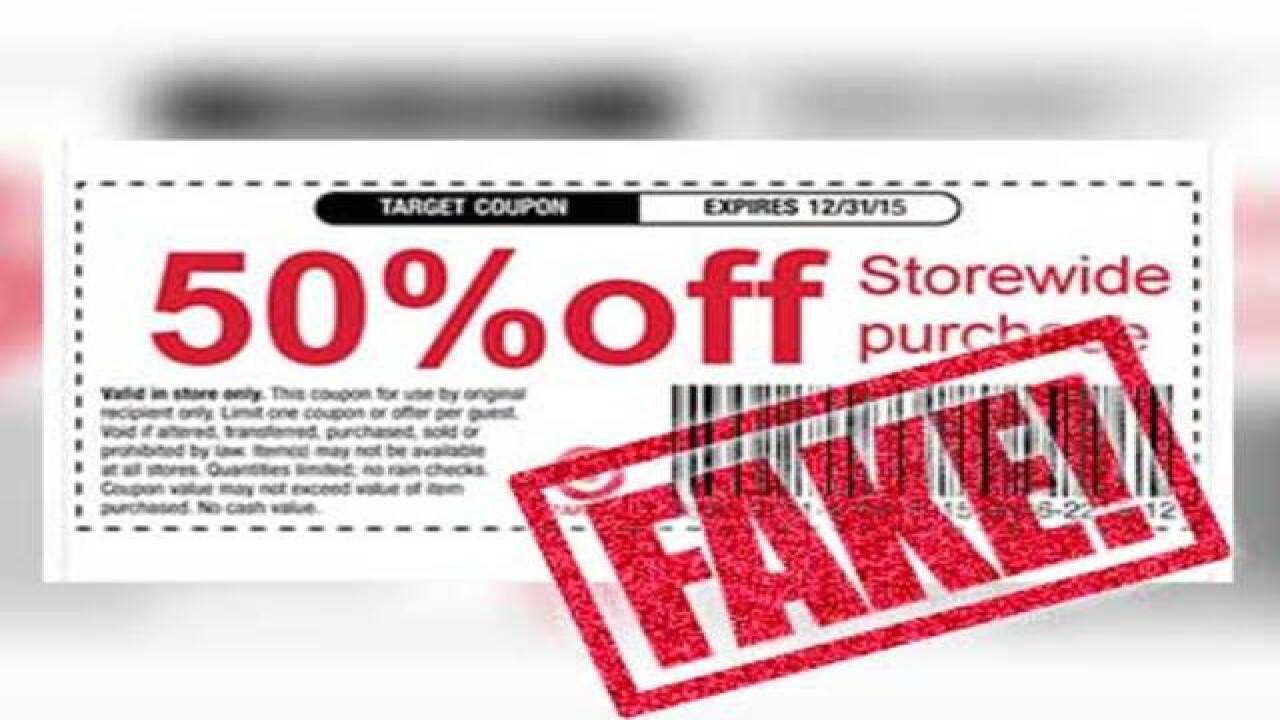 It's a deal that seems too good to be true, especially on Black Friday, and it is.

A Target coupon being widely shared on the internet and Facebook is offering 50 percent off your purchases store-wide.

Several people have asked about the coupon on Target's Facebook page. Target responded by saying, "This seems to good to be true...because it is. Thanks for asking!"

A Target manager told TODAY'S TMJ4 affiliate Denver7 that the coupon is a fake and will not be honored.

The coupon is being posted from several websites like grab-coupons.com, HolidayChristmas.com and Target.com-Christmas.xyz. It doesn't matter which website it comes from, the coupon is a fake.