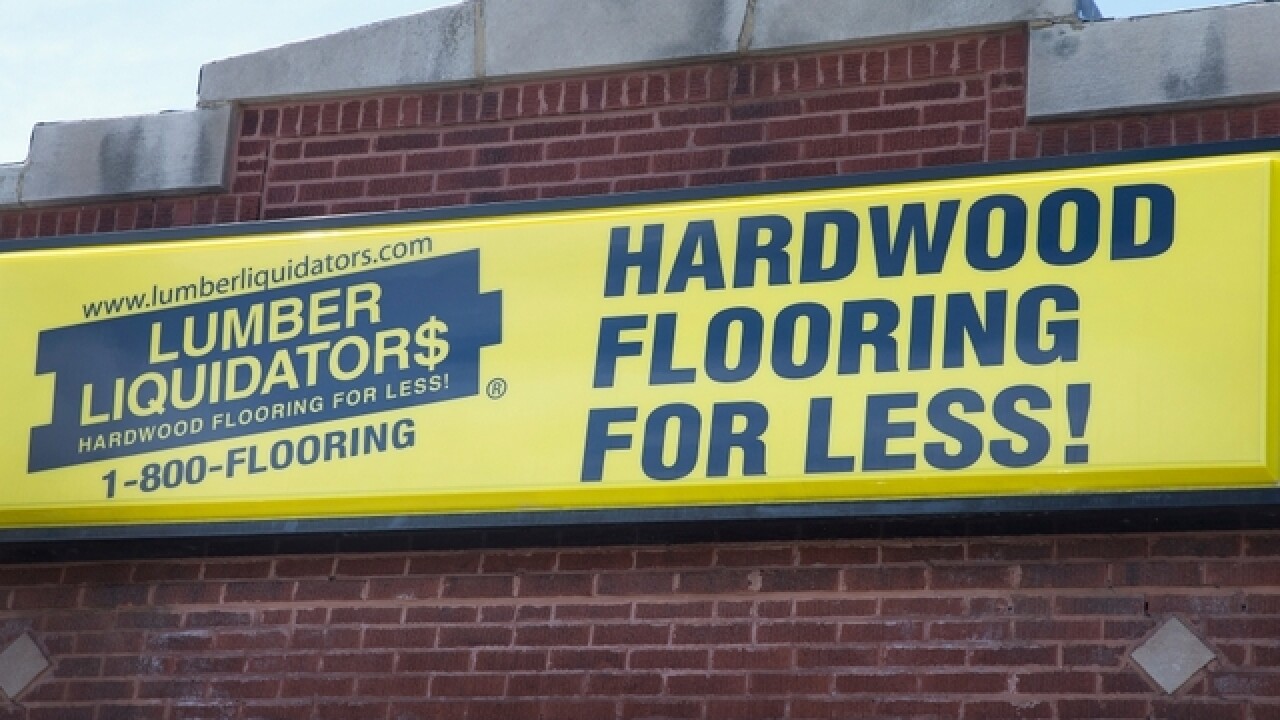 Thousands of homeowners across the country have laminate flooring made in China that they bought at Lumber Liquidators.

But many of them are concerned about possible health effects, and wondering what their options are, after a recent CBS 60 Minutes investigation into some of their popular lines of flooring, and a more recent CDC report that raises even more questions.

No Recall or Offer of Refunds

Jana Surace still has an unopened box of flooring planks that are the source of so much worry for her.

Four years ago, she and her husband installed Lumber Liquidators flooring all throughout their home.

"The whole reason we did the floors is that I have horrible allergies, and the carpet was old," Surace said.  "And we said if we're going to swap it out anyway, let's get rid of all those irritants and just put down some hard flooring."

But now she worries if the floorboards she thought could improve her breathing could instead harbor dangerous fumes, and be a hazard to her family's health.

The Centers for Disease Control recently announced that certain Lumber Liquidators flooring from China  could have triple the amount of cancer-causing formaldehyde than originally thought.

But there have been no offers refunds or any government recall.

"If there's a recall then we get notified. But there is no power for us to create the recall," Surace said.

Concerned? What Your Options Are

It's a dilemma facing homeowners all across the country, who have Lumber Liquidators flooring installed in their homes.

What are you supposed to do now?

We contacted Lumber Liquidators, where a spokesperson told us:·

The CDC also says formaldehyde levels, if high initially, should drop to normal after 2 years.

Click here for the final CDC report and their suggestions for homeowners.

Surace says she has tested the air in her home twice, with two different test kits, though the results were inconclusive.

Now she just wonders if she wants these floors, or should pay to have them removed, even though the CDC has cautioned that removal may trigger more dust and fumes.

"We don't trust the floors anymore," she said.

There is another option for her and other homeowners in her predicament:

Contact the law firms putting together class action lawsuits, and depending on what states they are covering, ask if you can join their suit as a plaintiff.

That may be your only option for eventual compensation, so you don't waste your money.

Don't Waste Your Money is a registered trademark of the EW Scripps Co.“