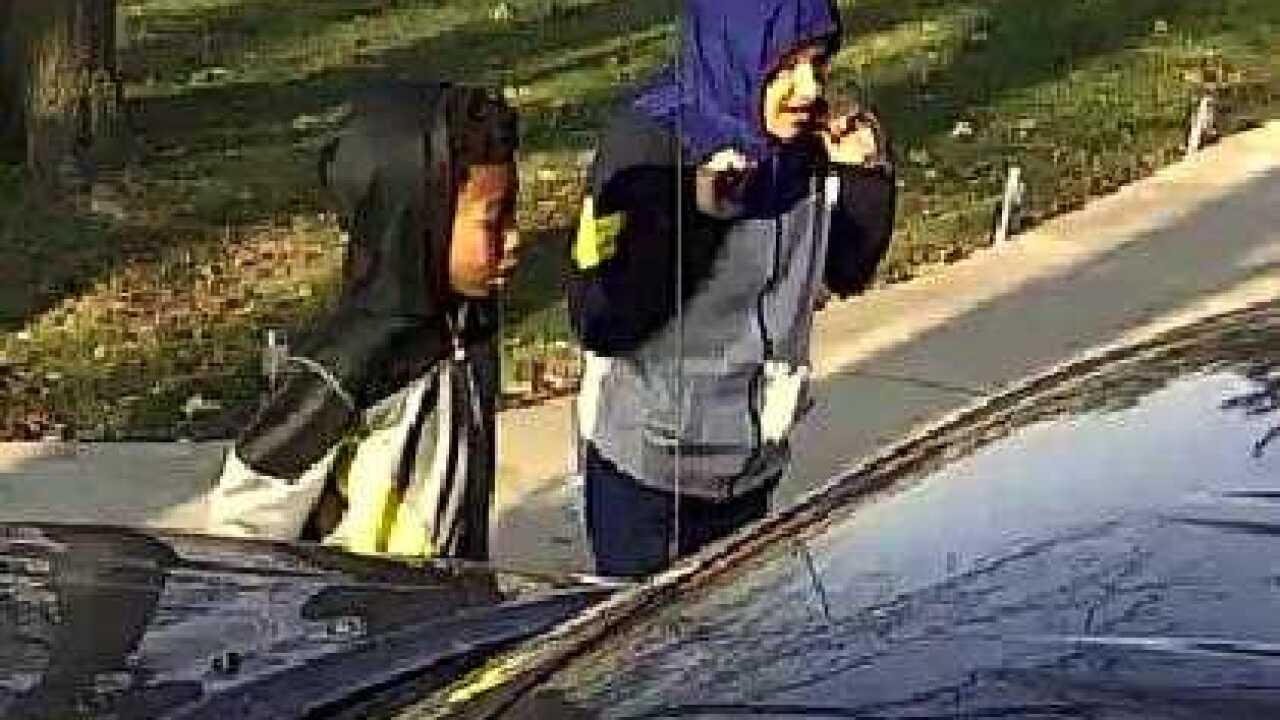 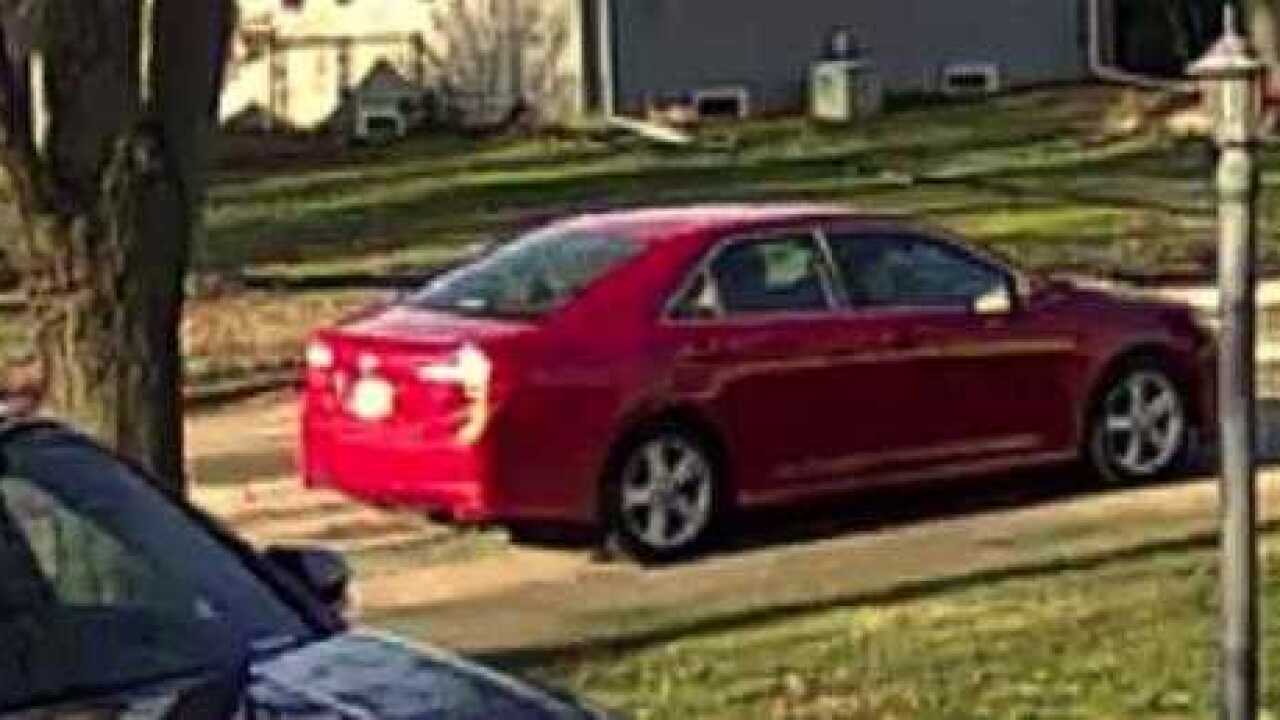 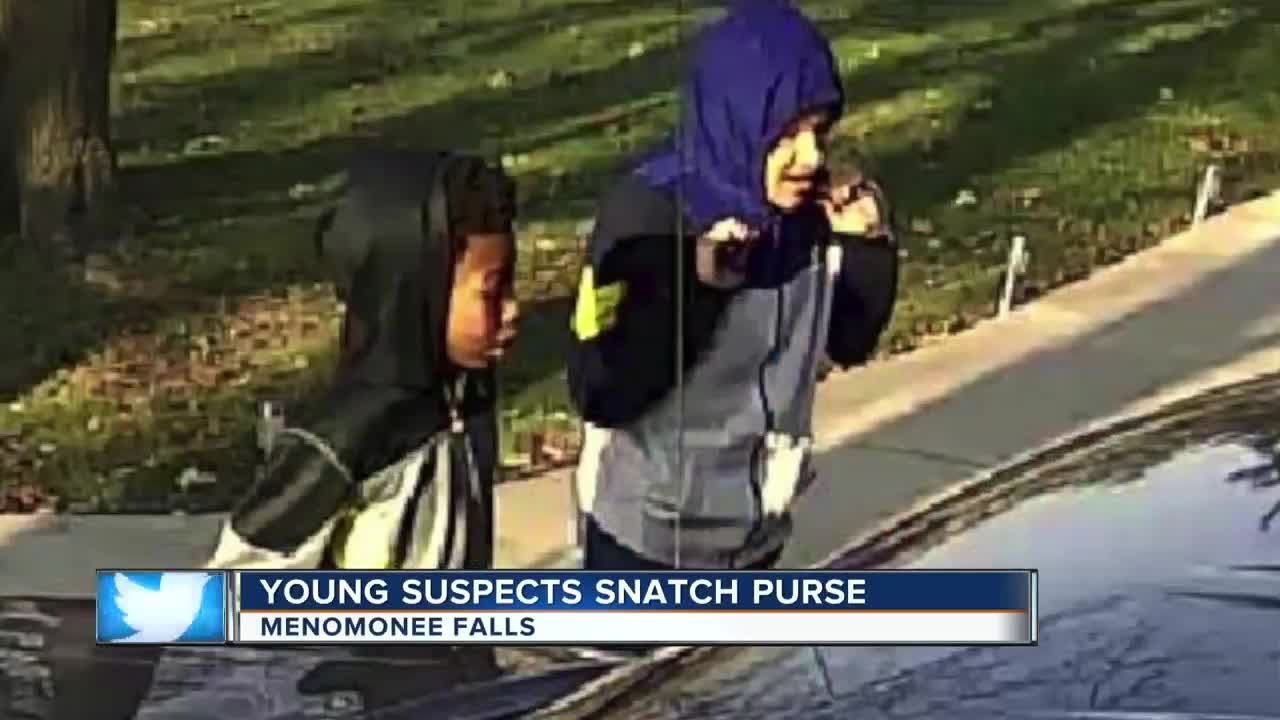 Police in Menomonee Falls hope the public can help them identify juveniles who attempted a brazen robbery in broad daylight.

According to police, the suspects depicted in surveillance video captured by a camera on the victim's home exited a red, 2012 Toyota Camry with the license plate ACA 2967.

Menomonee Falls Police said that vehicle was reported stolen in Milwaukee earlier on the same day.

The two suspects shown on video approached the female victim after she parked her vehicle in a driveway and began walking towards her home.

The female victim had a young child with her.

According to police, the two suspects, who began speaking with the victim, are likely between the ages of 10 and 13-years old.

"They created a rouse that there was someone nearby in need of medical attention," said Menomonee Falls Police Capt. Jeff Knop.

The two suspects eventually ripped the victim's purse from her arm.

"Purse snatching is a robbery. It's a crime of violence," Knop said. "So we'd be investigating this crime just the same, whether the suspect is a younger person or an older person."

Police wouldn't tell TODAY'S TMJ4 if the young suspects actually made off with the handbag.

Some neighbors said the juveniles dropped the purse as they ran off.

"It's a little unnerving," said Nikki Peterson, who lives across the street. "But it seems like it was an isolated incident."

Police are also searching for the third suspect, who was the driver of the stolen vehicle.

She's not pictured on surveillance video, but is believed to be a "Hispanic female, approximately 4’9” to 5’ 1”, very skinny, petite, with black hair pulled back into two buns on the top of her head," according to Menomonee Falls Police.

Anonymous tips can be reported to Waukesha County Crime Stoppers at 1-888-441-5505, at www.stopcrimewaukesha.com .