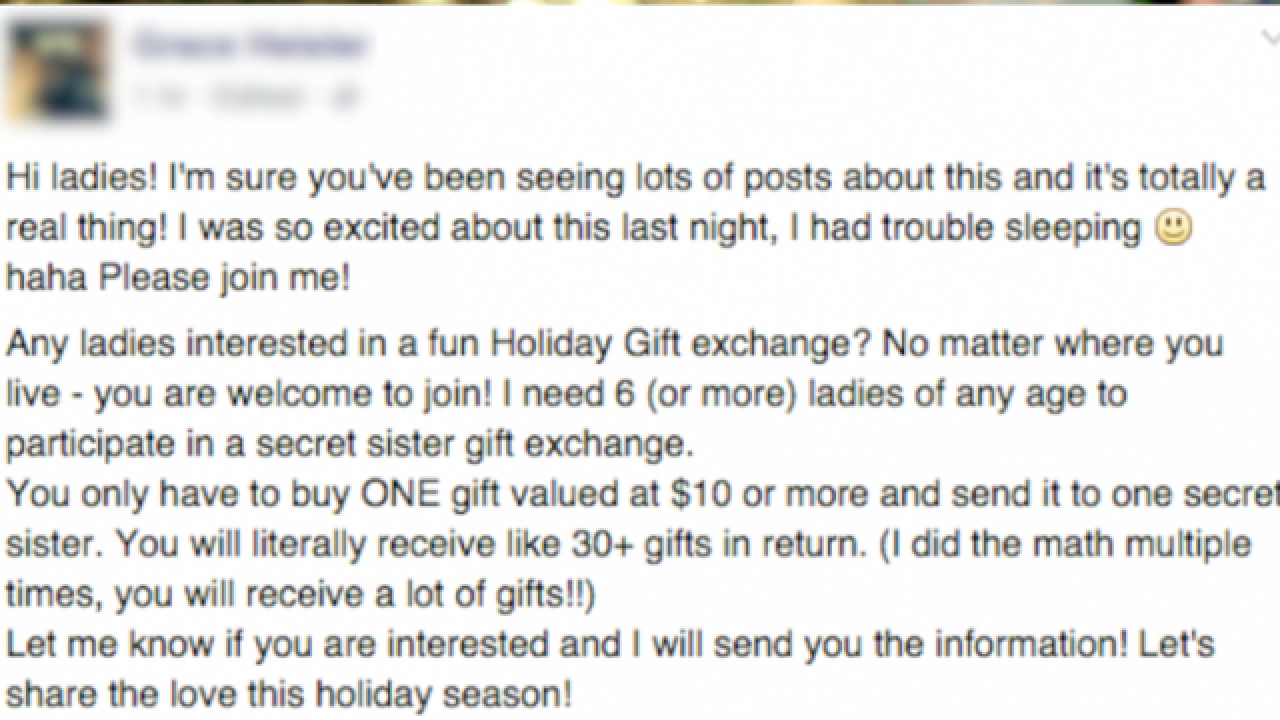 As the holidays approach, police departments are once again warning about the Secret Sister Gift Exchange, which has been circulating on social media for a number of years.

Not only are some social media gift exchanges a scam, but they could also be illegal.

A federal statute says, "Any letter, package, postal card, or circular concerning any lottery, gift enterprise, or similar scheme offering prizes dependent in whole or in part upon lot or chance" could lead to a conviction of up to two years in federal prison.

This is because paying $10 in a gift exchange for an unknown number of gifts is considered gambling, and gambling using the mail is illegal. While there are no known cases of social media users being arrested for participating in such schemes, another reason not to participate is you may never get the gifts as promised.