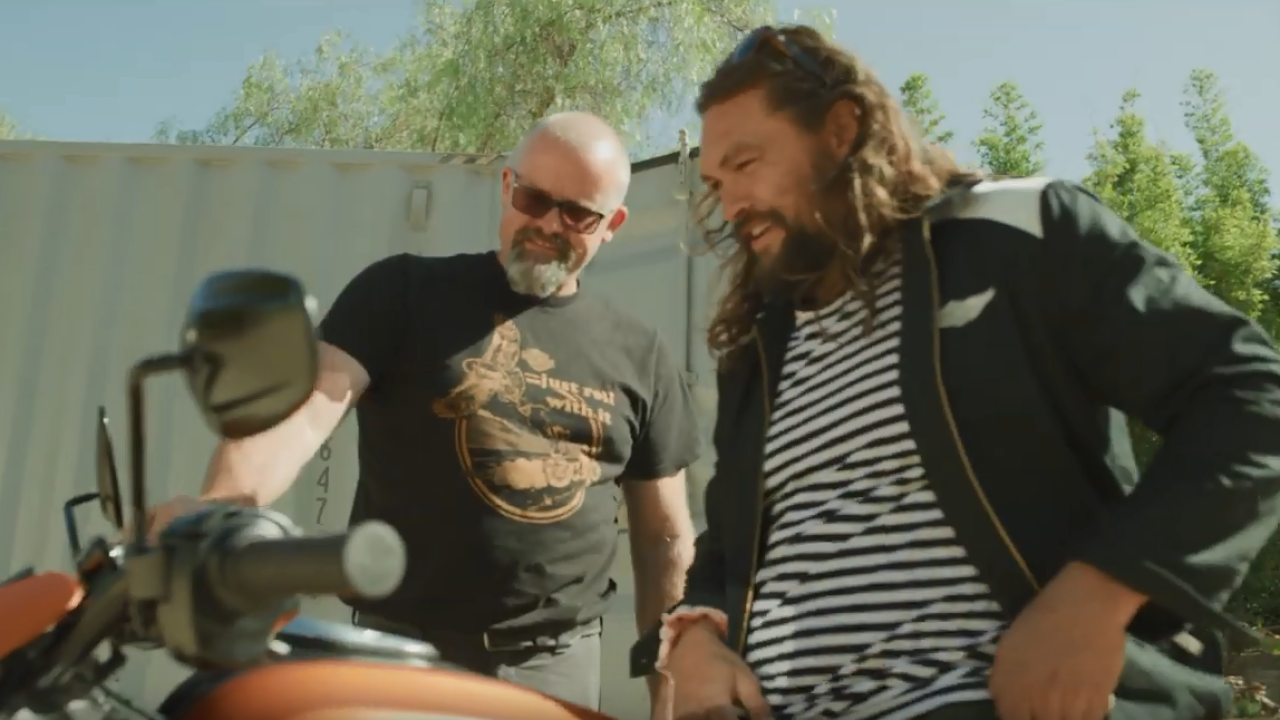 MILWAUKEE — Jason Momoa knows how to make a short stay in the Brew City worthwhile.

The "Game of Thrones" star stopped by the Harley-Davidson Museum on Tuesday, or as Momoa calls it, "Mecca." He and his buddies tried on new gear from the retail shop and showcased their private tour of the museum to his 13.5 million fans on Instagram Stories.

The motorcycle fanatic tried out Harley-Davidson's Live Wire, its newest electric bike. He highlighted the bike on his latest YouTube episode of "On the Roam" that was released Wednesday.

Momoa ended his historic Tour de Milwaukee with a stop at 5 O'Clock Steakhouse and snagged a pic with managing partner Stelio Kalkounos.

What a surprise last night!
Thanks for stopping by Jason Momoa!
Huge fans over here of #Aquaman and #GameOfThrones #dccomics #HBO pic.twitter.com/AA5v2edIBx

Momoa stopped by Harley-Davidson in January to tour the museum for the first time, saying he was "impressed."