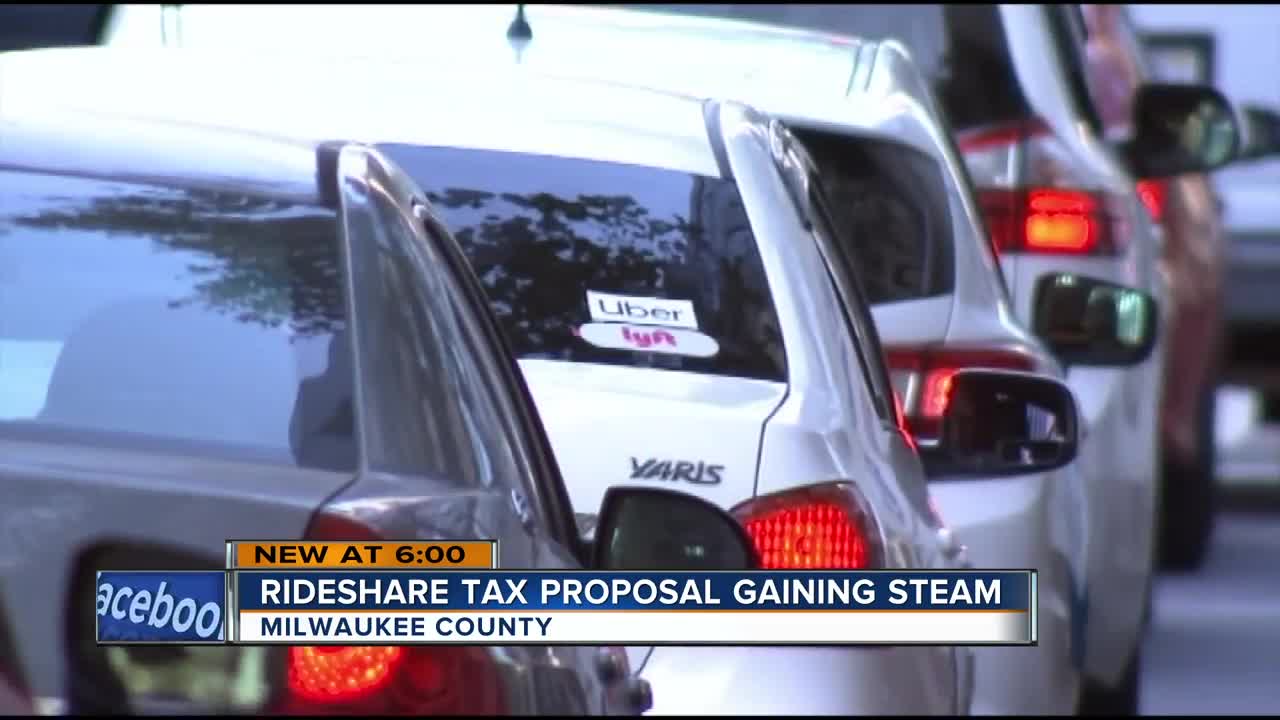 An additional 50 to 60 cents could be added to your rideshare bill come 2020.

MILWAUKEE — A proposed tax for Uber and Lyft customers is gaining momentum in the state legislature. TODAY'S TMJ4 has learned that some Wisconsin lawmakers have already drafted legislation to allow this to happen.

The thought of paying an additional 50 to 60 cents for every Uber and Lyft ride in Milwaukee County garners mixed reviews.

"The proposed Uber/Lyft rideshare tax is nothing more than a thinly veiled fascist attempt to penalize tax paying citizens for not riding the bus," said Milwaukee County Supervisor Dan Sebring. "If my colleagues on the Board want more people to ride the bus they should build a better, safer Milwaukee County Transit System that people will want to use."

"That seems like a small amount to help out the city I guess," said Jen O'Hara.

"I for one am never a fan of more taxes for any reason really," said Kyle Steigerwald.

A legislative draft from Senate democrats shows it's getting closer to potentially becoming a reality.

Ortiz-Velez recently noticed how more than a dozen other cities and states have implemented a similar tax and thought it could help with the county's budget woes.

"We can add routes, we can add bus shelters," she said.

"The number of good things we could do with $20 or $25 million right now is just incredible," said Milwaukee County Supervisor Steven Shea.

Shea thinks this proposal has a much better chance of gaining the republican-controlled legislature's support than Milwaukee County's most recent request of implementing a 1-percent sales tax hike.

"The mere fact that it's advanced this far this quick is a very good sign," Shea said.

State lawmakers working on this proposal said the soonest it could be introduced is early 2020.

TODAY'S TMJ4 reached out to both Uber and Lyft for comment. Neither got back to us by the time the story aired.