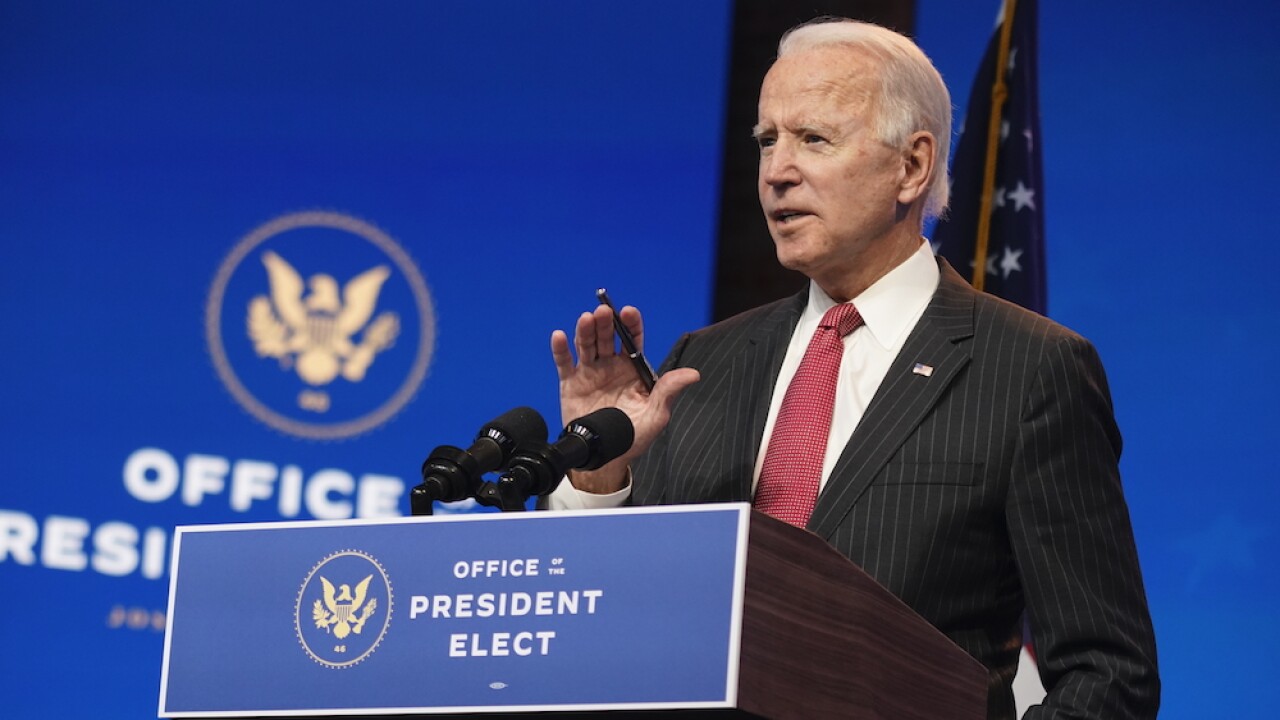 President-elect Joe Biden’s proposal to forgive $10,000 of federal student debt as COVID relief could erase loan balances for 15 million borrowers and reduce balances for millions more, according to federal data.

Broad student loan forgiveness could affect 45.3 million borrowers with federal student loan debt who owe a total of $1.54 trillion to the government. Wiping out $10,000 each — as Biden calls for — would result in up to $429 billion canceled.

Seth Frotman, executive director of the Student Borrower Protection Center, says removing the student loans “albatross around their financial lives” could mean the difference for consumers who aspire to buy a house, save for retirement or start a business.

“Student loan borrowers across the spectrum — old, young, urban, rural, high-balance, low-balance, Black, white — are hurting with their student loans, and that was before COVID even hit,” Frotman says.

For now, Biden’s proposal is just an amount, with no details to answer questions about which loans might be canceled, whether forgiven amounts would be taxed and if borrowers would have defaulted loans removed from their credit history. It also faces huge hurdles politically.

But here’s how $10,000 in forgiveness could affect some categories of borrowers.

These are also the borrowers most likely to default on their loans. Over half of those who default (52%) have less than $10,000 of federal undergraduate debt, according to an analysis of federal data by The Institute for College Access and Success, or TICAS.

That’s because those with lower debt amounts often have not completed their schooling, so they don’t reap the benefits of a degree that leads to a better paying job. Among those who default, 49% did not complete their program of study, TICAS found.

Default has severe consequences: It can sabotage credit scores and trigger collection efforts that can include seizure of tax refunds and Social Security payments.

Many of these borrowers are current on their payments. For them, forgiveness could help, but it might not be much of a boon to the overall economy, says Betsy Mayotte, president and founder of The Institute of Student Loan Advisors.

For 19 million borrowers, some breathing room

The typical student leaves school with around $29,000 in debt, according to TICAS, an amount that can grow quickly with interest if students pause payments or go on repayment plans that allow them to make lower payments.

Nearly 19 million borrowers owe between $10,000 and $40,000 in federal student loans, according to federal data. Without detailed execution plans from the Biden team, it’s trickier to say how these borrowers would be affected.

For example, cancellation might not reduce the amount they pay each month, but it could draw their end date closer and lower the total amount they’d pay overall, due to interest. Or it might wipe out one loan completely but leave payments on others intact.

For 11 million borrowers, a drop in the bucket
Higher income households, as a whole, are the ones that hold the most debt.

The high debt/high earner correlation makes sense because those who make more money tend to have more advanced education, according to findings from Georgetown University Center for Education and the Workforce. To get those advanced degrees, students rack up debt in the process.

Forgiveness is still a big maybe

There’s also the question of how loan forgiveness could move forward: Will it be through Congress or executive action or not at all?

“If anything can be done by executive action, [forgiveness] could happen very quickly,” says Robert Kelchen, associate professor of higher education at Seton Hall University. “I’m just not sure whether forgiving debt would withstand legal scrutiny.”

Experts say any executive action could face lawsuits or be subject to judicial review, which would leave the fate of an order for forgiveness in the hands of the Supreme Court.

“There are a lot of conservative judges, so I can imagine that many of them could be hostile to the policy,” says Wesley Whistle, senior advisor for policy and strategy, higher education at the public policy think tank New America.

Mayotte said she is doubtful borrowers will see straight forgiveness since the reach of this type of pandemic relief wouldn’t be as broad as, say, providing supplemental unemployment or propping up small businesses.

Biden proposed his forgiveness measure as part of COVID-related relief, but experts say there’s an even more pressing student loan concern that will come to a head before Biden starts his term — the end of the payment pause for student loan borrowers, which is set to sunset after Dec. 31.

Doug Webber, associate professor of economics at Temple University, says he’s worried about the pitfalls of going “zero to 60” in one day with reinstating loan payments for a population that isn’t ready.

“Once you give people a benefit, it’s always harder to take it back,” Webber says.

The payment pause, known as a forbearance, has been in effect since March as part of the first coronavirus relief bill. President Donald Trump extended the relief through the end of the year, but neither the outgoing or incoming administration has committed to extending it again.

While borrowers await the fate of forgiveness, they should contact their servicer to get enrolled in an income-driven repayment plan if they won’t be able to afford their payments. These plans set payments at a portion of their income and can be as low as zero if they’re unemployed.