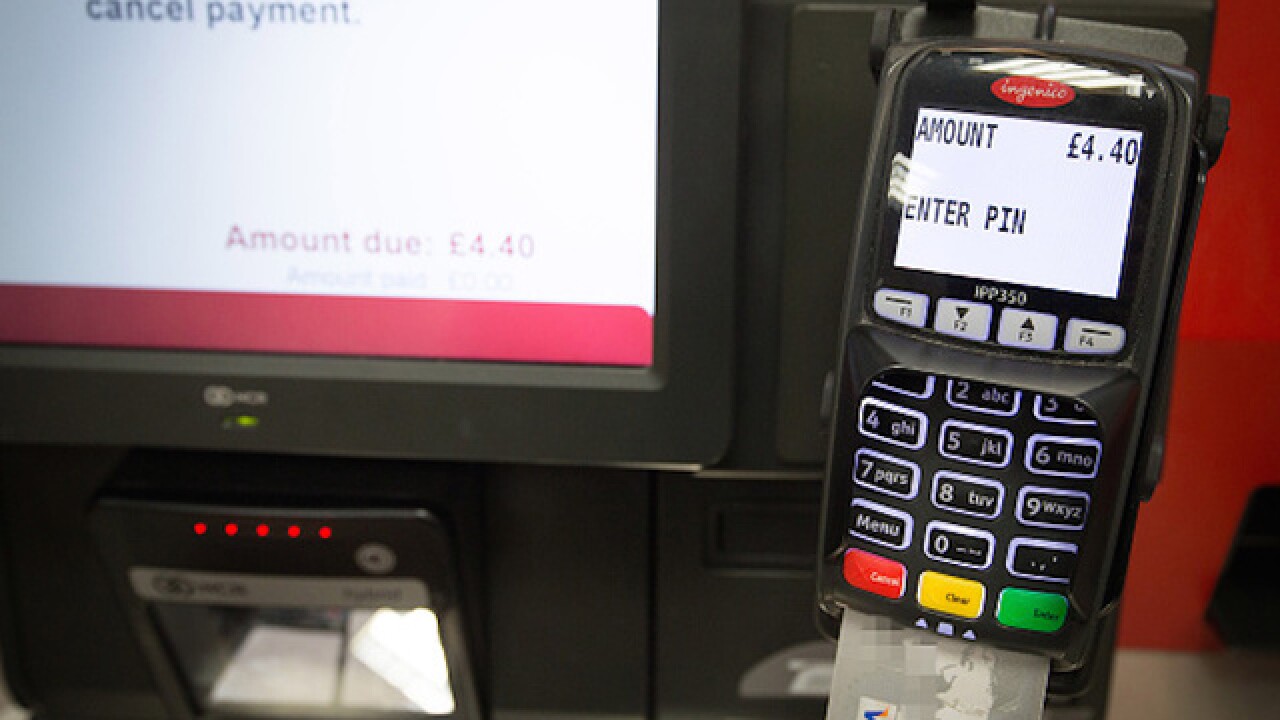 Copyright Getty Images
Matt Cardy
<p>BRISTOL, ENGLAND - MAY 21: (EDITORS NOTE: Card details have been pixelated) In this photo illustration a debit card is seen in a chip and pin machine on May 21, 2015 in Bristol, England. Cashless payments have overtaken the use of use notes and coins for the first time according to the Payments Council. (Photo illustration by Matt Cardy/Getty Images)</p>

Identity theft is on the rise in the United States — at least reports of identity theft are way up — and oftentimes, people don’t realize they’re victims until a thief has already made a mess of things.

Some of those messes are more challenging to clean up than others. It sometimes takes years to repair the damage done by identity thieves, and unfortunately, it’s very difficult to prevent it from happening in the first place. Data breaches, security flaws and human errors expose people’s personal information all the time, and there’s often no way of knowing if yours has been compromised until it’s too late.

You can freeze your credit to prevent someone from opening fraudulent accounts in your name (it often carries a fee, depending on where you live), but beyond that, one of the best things you can do to protect yourself from the abuse of an identity thief is to regularly check your credit for signs of fraud.

You can spot sudden, unexpected changes in your free credit report summary, which is updated every month on Credit.com, and as soon as you identity something suspicious, act quickly to minimize the damage. The sooner you can figure out what’s going on, the better — identity theft can be quite destructive. Here are some examples of how.

The way someone abuses your personal information can seriously disrupt your way of life. In 2015, a Tennessee woman found out her Social Security disability check — her sole income — had been canceled because someone had filed a fraudulent tax return with her Social Security number.

That fake return led the Social Security Administration to think she had lied about being disabled to the point of being unable to work, even though the IRS had confirmed she was a victim of identity theft.

You could find yourself in a similar situation if you’re a victim of medical identity theft. If someone fraudulently claims your insurance benefits, there might not be anything left for you and your medical needs.

2. Troubles With the Law

Even if you’ve never had run-ins with the law, you could end up with some sort of criminal record, thanks to an identity thief. Jessamyn Lovell found out someone had stolen her identity after the thief was arrested, but that was only the beginning of the issue for Lovell.

She received a court summons for crimes the thief had committed in her name, and Lovell had to spend the time and money to make the court appearance and prove she hadn’t done any of the things her name had been fraudulently attached to.

3. Mistakes on Your Credit Report

New account fraud is a common form of identity theft: Someone gets their hands on your Social Security number and uses it to borrow money or open a credit card they never intend to repay. Since the accounts use your Social Security number, they’ll likely end up on your credit report, and that information (which is probably negative) will factor into your credit scores.

That’s why a sudden drop in your credit scores could be a sign of identity theft. A credit freeze can prevent new account fraud, but it doesn’t prevent someone from taking over and abusing your current accounts. Even if you have a freeze in place, it’s important to monitor your credit for suspicious activity.

Finding the problem is only the beginning — then you need to fix the errors on your credit report. You can do this by disputing the information with the credit bureaus yourself, but if you have trouble resolving the issues or are overwhelmed by the process, you can also hire someone to help you repair your credit for a fee.

You may never find out who the shady character is behind your identity theft — or you could know them all too well. It’s common for identity theft to occur within families, as parents, children and other relatives often have access to each other’s personal information. Sometimes, it happens when a parent has ruined their credit and decides to get a fresh start using a child’s blank slate of a credit report.

That robs the victim of the chance to establish their own credit, potentially leaving them to start their adult financial lives with years of a negative credit history they had nothing to do with. Reversing the damage of identity theft generally requires reporting the crime to the police, and people aren’t always willing to do that to their families, even when they’ve been wronged.

Taxpayer identity theft means someone stole your Social Security number and filed a fraudulent tax return to get a refund before you had a chance to file yours. Of course, you still have to do your taxes, but you’re going to have to do them by hand, and don’t expect a swift refund if you’re owed one. A typical case of taxpayer identity theft can take 180 days to resolve, according to the Internal Revenue Service.

The Signs Your Identity Has Been Stolen
What's a FICO Score?
How to Get a Credit Card With Fair Credit