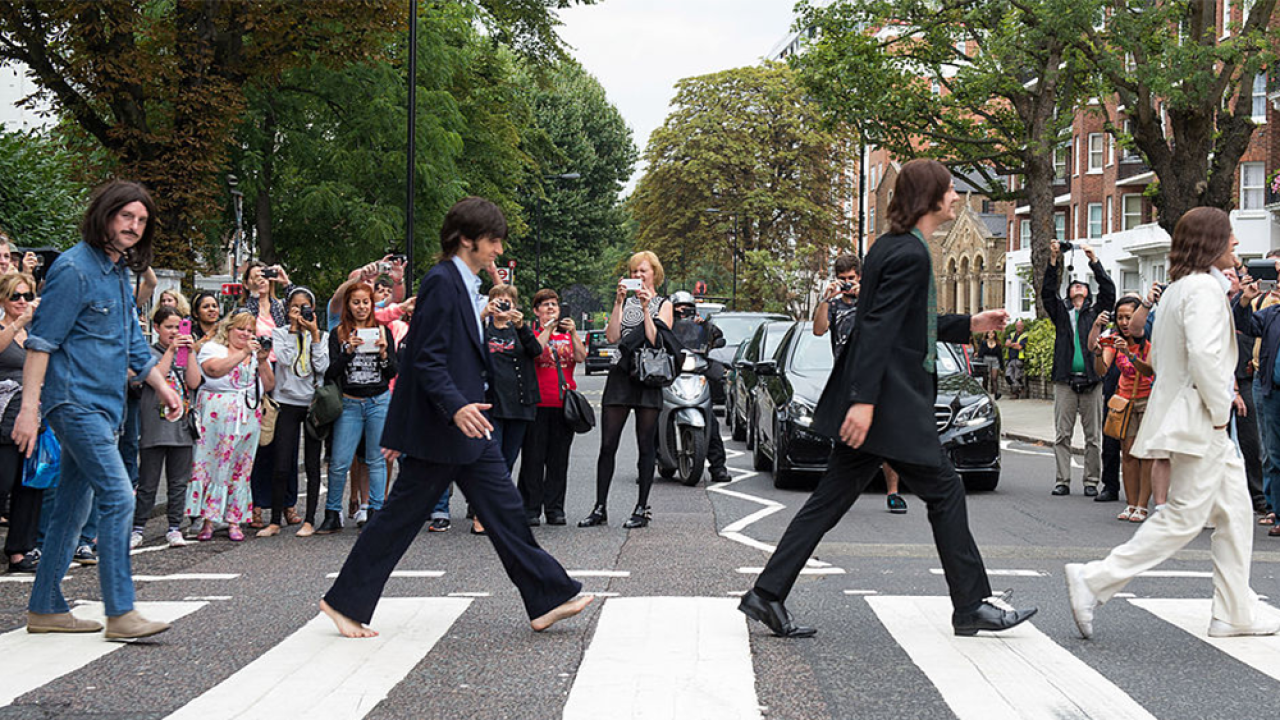 Fifty years ago Thursday, George, John, Paul and Ringo walked across Abbey Road in London while photographer Iain Mcmillan snapped six photographs. One of the photos would eventually become one of the most iconic album covers of all time.

The official Twitter account for the Beatles confirmed the anniversary of the Abbey Road cover photo shoot in a 2017 tweet. Along with the album art to "Abbey Road," the tweet also included a quote from late guitarist John Lennon: "'We're meant to be recording, not posing for Beatle pictures'- that's what we were thinking."

The famous photo was sketched out by Paul McCartney and took place just outside the band's recording studio. The crosswalk has become a tourist destination in London, which scores of fans recreating the album cover every day.

The anniversary brought hundreds tourists to London on Thursday, as fans snapped pictures and played music from the band.

Abbey Road is unique in that does not include the name of the album or the band's name on the cover. It was released on Sept. 26, 1969 in the UK and on Oct. 1 in the United States. It was the final record The Beatles produced.

#OTD 1969, Abbey Road cover shoot: 'We're meant to be recording, not posing for Beatle pictures'- that's what we were thinking" - John pic.twitter.com/pspiOfUnyh