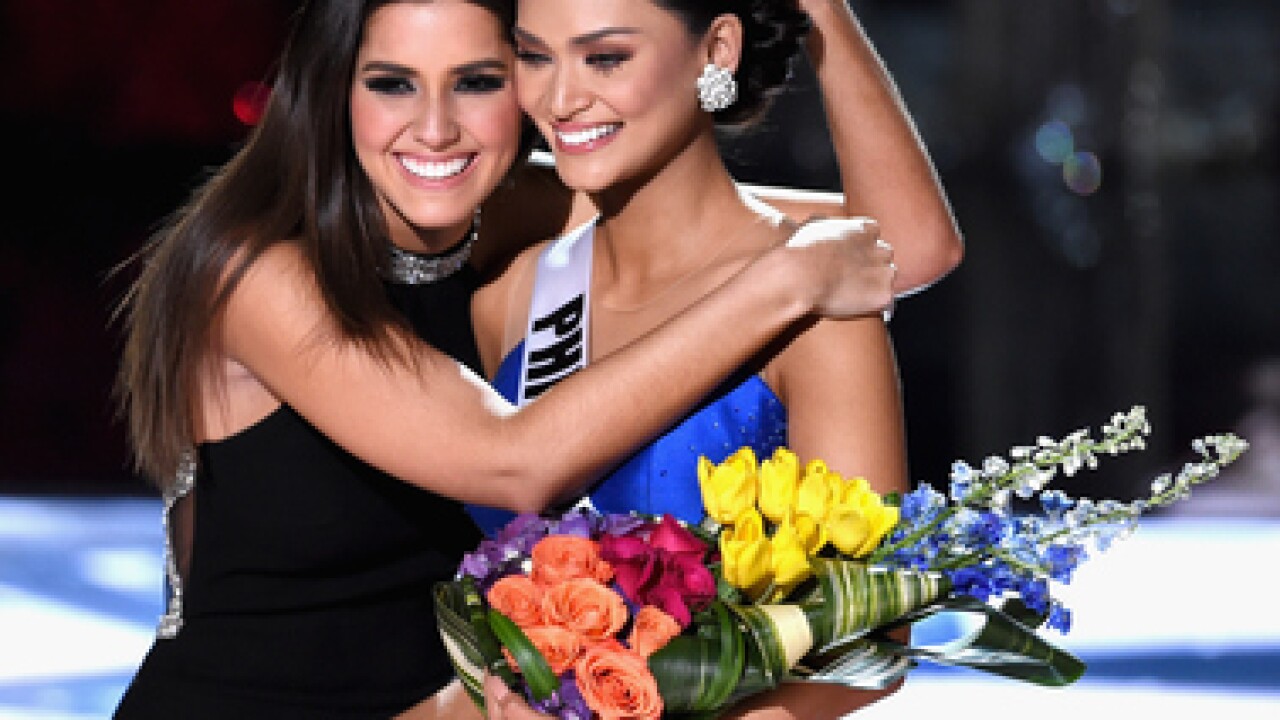 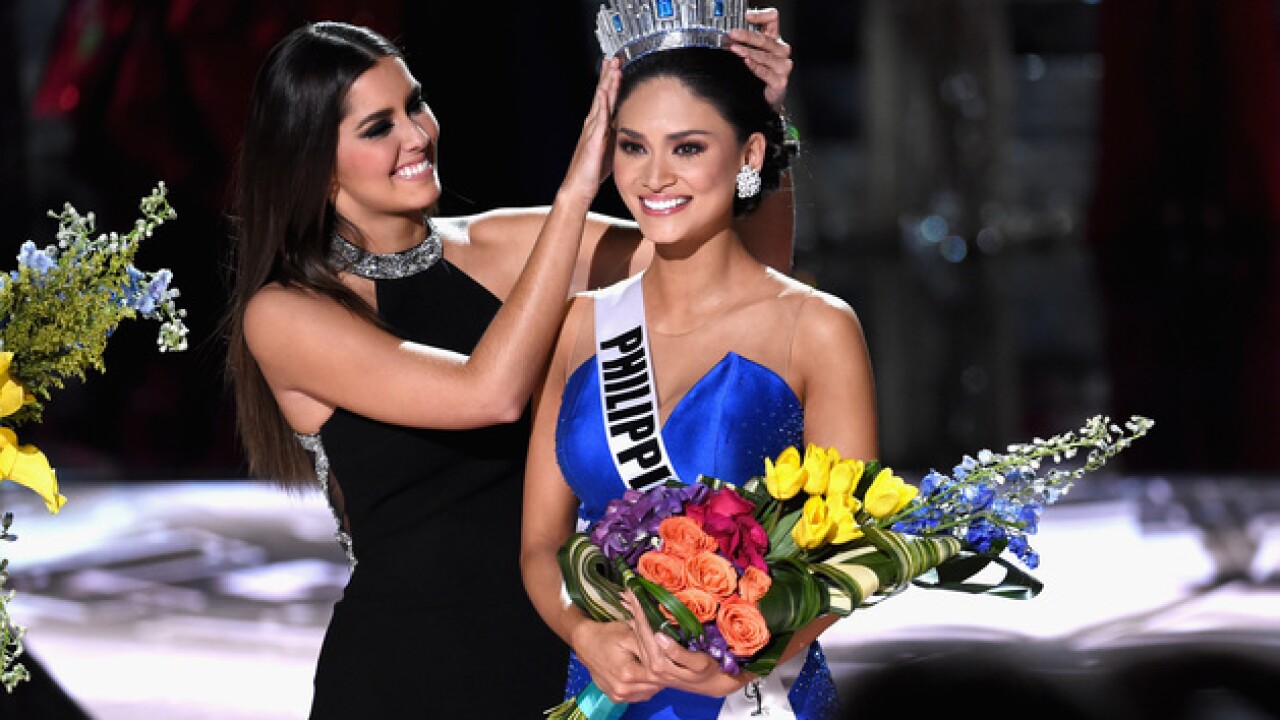 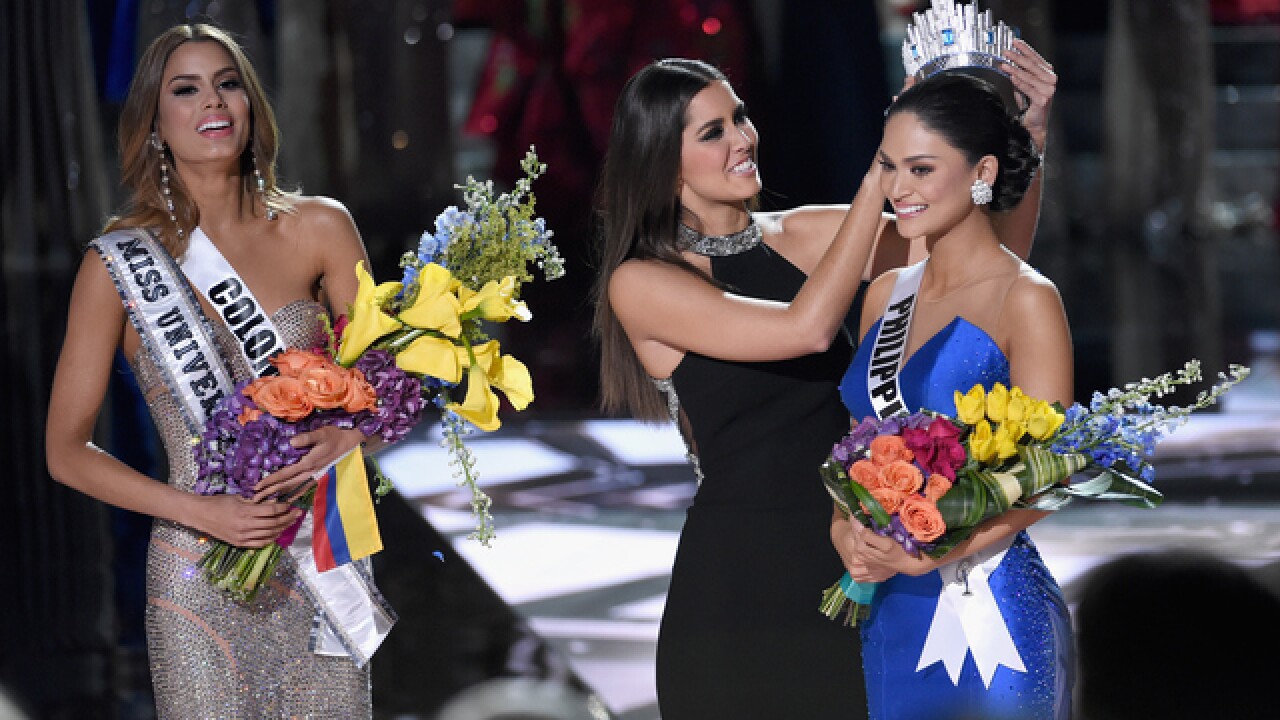 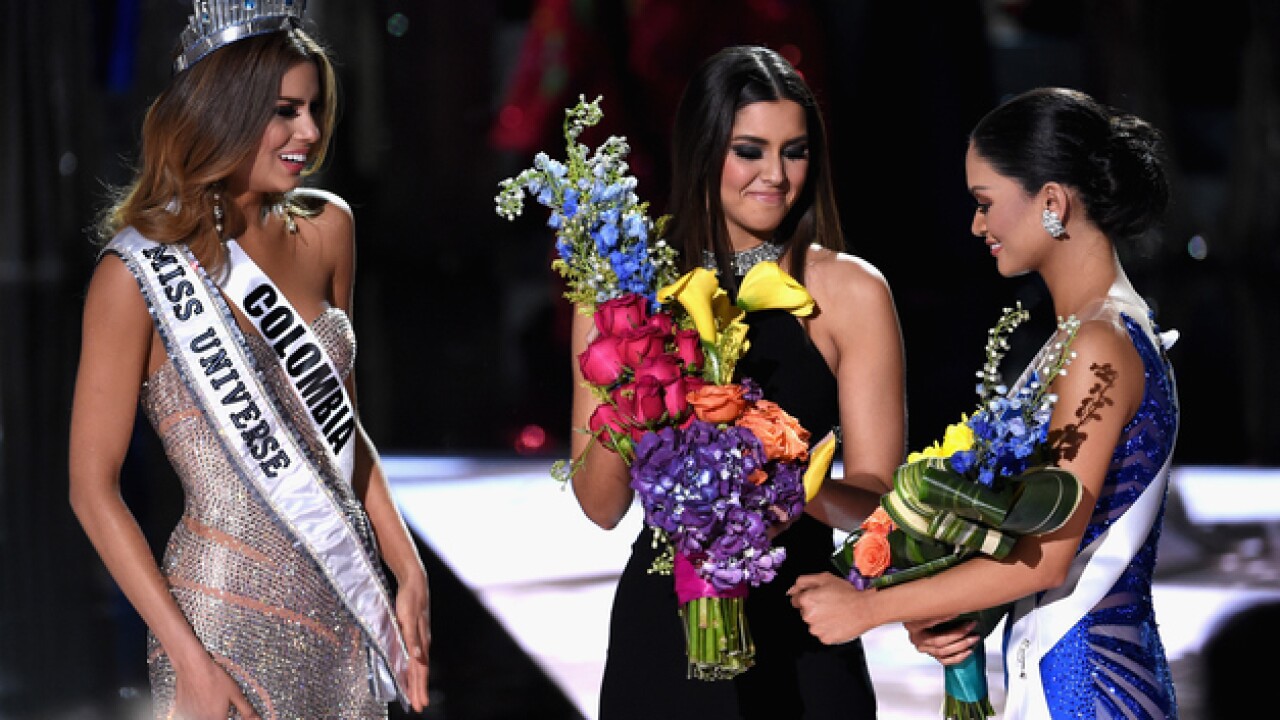 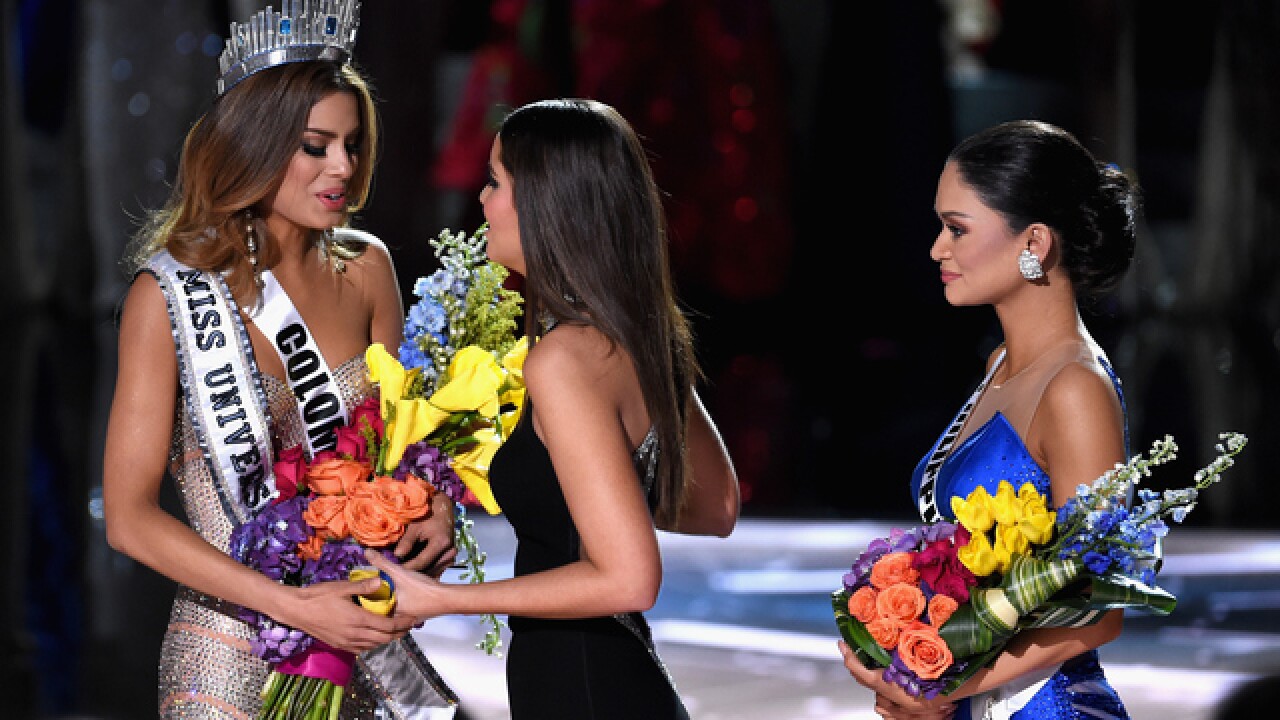 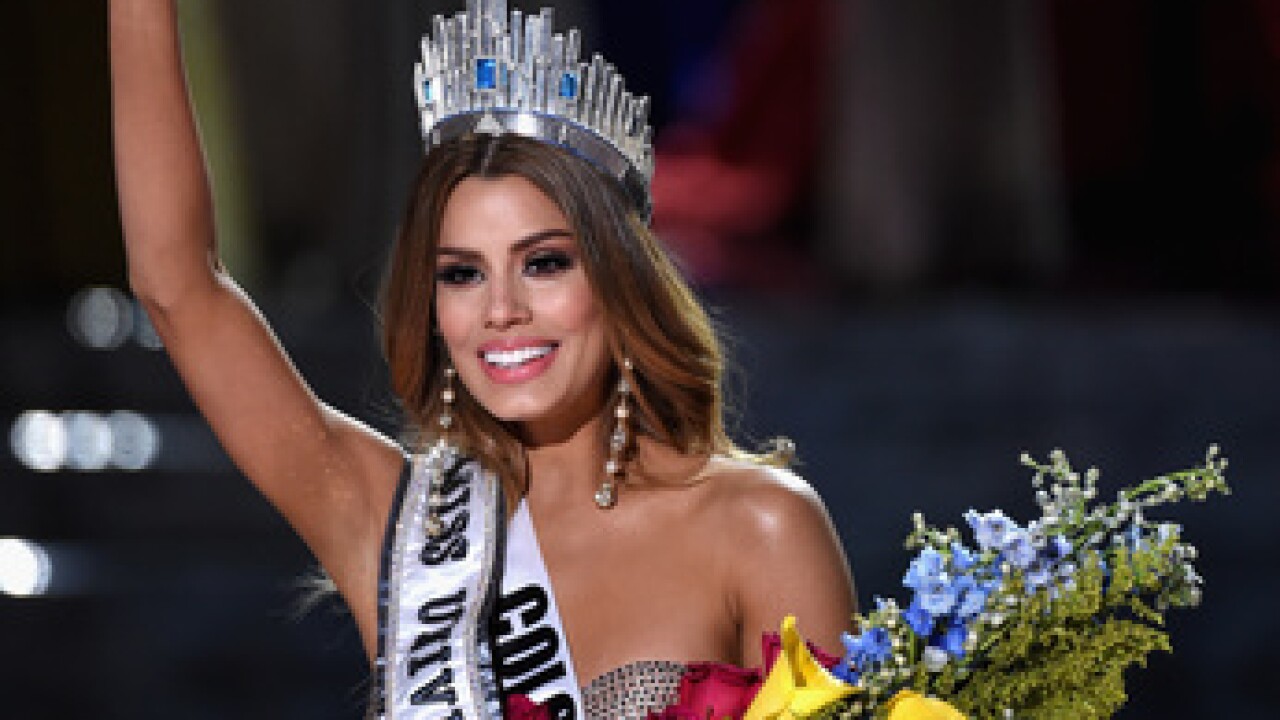 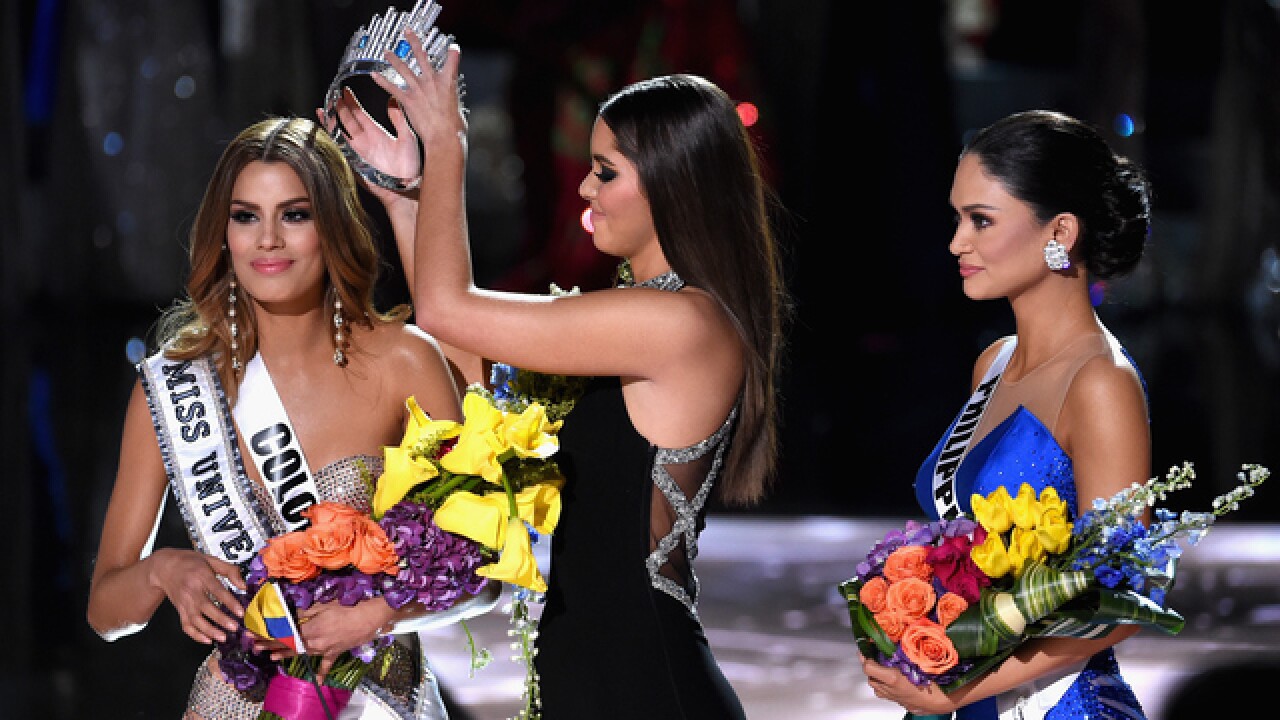 The Miss Universe contestant from the Philippines is this year's winner but for one brief moment Sunday evening, it appeared as if it might be a repeat win for Colombia.

Harvey says it was his mistake and that he would take responsibility for not reading the card correctly that named contestant Pia Alonzo Wurtzbach this year's winner and Colombia the first runner-up.

A mystified Wurtzbach appeared stunned as she walked to the front of the stage alongside the crown-wearing Arevalo before last year's Miss Universe from Colombia removed the crown and placed it on Wurtzbach's head instead.

Who was REALLY crowned #MissUniverse? Wait for it... See for yourself: https://t.co/Wz48UsxXwL

The competition started with women representing 80 countries between the ages of 19 and 27. For the first time, viewers at home weighed in, with their votes being tallied in addition to four in-person celebrity judges.

NBCUniversal and Donald Trump co-owned the Miss Universe Organization until earlier this year. The real-estate developer offended Hispanics in June when he made anti-immigrant remarks in announcing his Republican presidential run.

That led Spanish-language network Univision to pull out of the broadcast for what would have been the first of five years airing the pageants and NBC to cut business ties with Trump.

The former star of the "Celebrity Apprentice" reality show sued both companies, settling with NBC in September, which included buying the network's stake in the pageants.