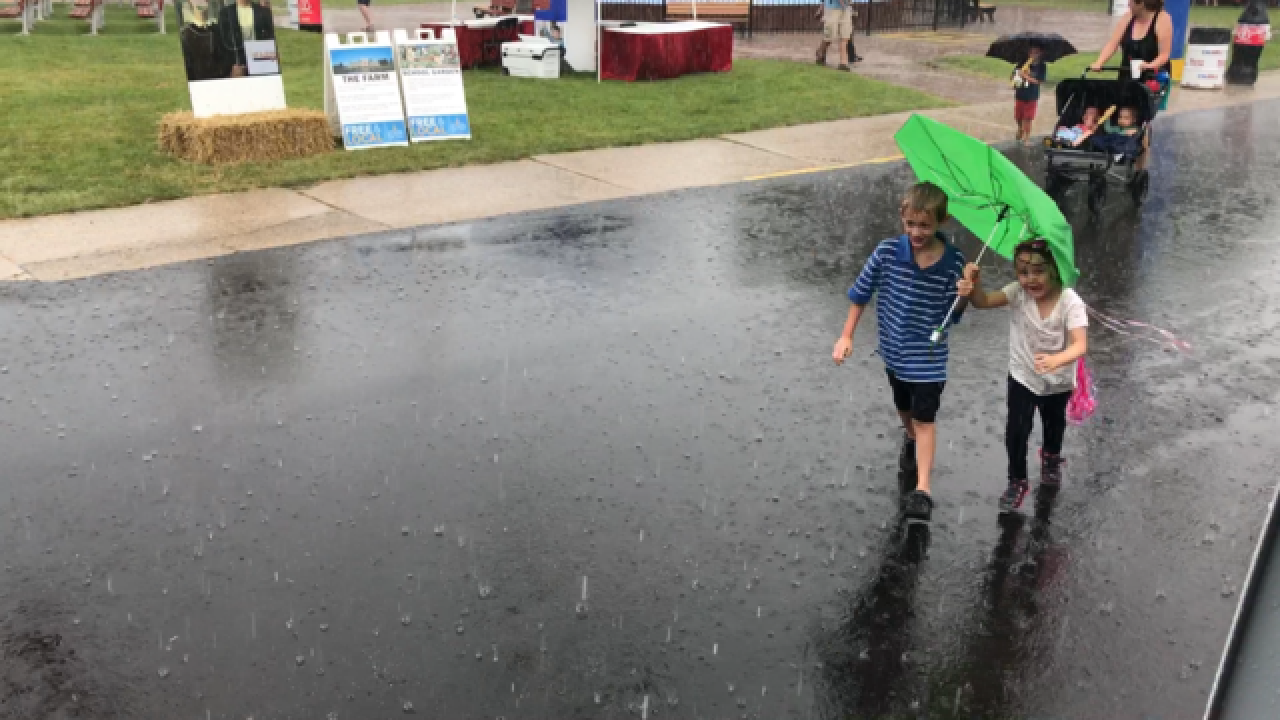 Afternoon downpours caused the rides to close twice, including the new Wonder Wheel and the Sky Glider.

"[We] grabbed the ponchos and put it on," said Carly Skooback, who came to the fair with her family.

Carly is only 11 but her family has been coming to the fair for the last 20 years. They know the best way to avoid storms.

"I got cream puffs and brownies," she said.

They weren't the only ones, the Cream Puff Pavilion filled up fast once the rain started.

"I got cotton candy for my dad because he wanted me to buy it," said Elena May, who visited the fair with her aunt.

People also ran to the expo center when the rain started, a 200,000 square-foot shopping mecca. But there's plenty of other places to escape.

"The Wisconsin Products Pavilion is a great place," said Kristi Chuckel, the communications director at Wisconsin State Fair. "Grand Champion Hall which used to be called the horticultural crafting culinary pavilion, that's where all the quilts and photography and flowers are."

Before and after the storms, fairgoers lined up to ride the new Wonder Wheel, a 15-story Ferris wheel on the west side of State Fair Park.

It took 10 semi trucks to load it in and then two weeks to set it up.

"I was able to see the Hoan Bridge from up there I was like wow," said Angela Minev.

"You could see all the way out past Miller Park, you could see the brewery or something out in the distance that way," said Jordan Stanek.

Rides are $5 each and last about 10 minutes. And once it gets dark, you'll see it light up with more than half a million lights.

The Wisconsin State Fair is one only three fairs that will get the Wonder Wheel this year.