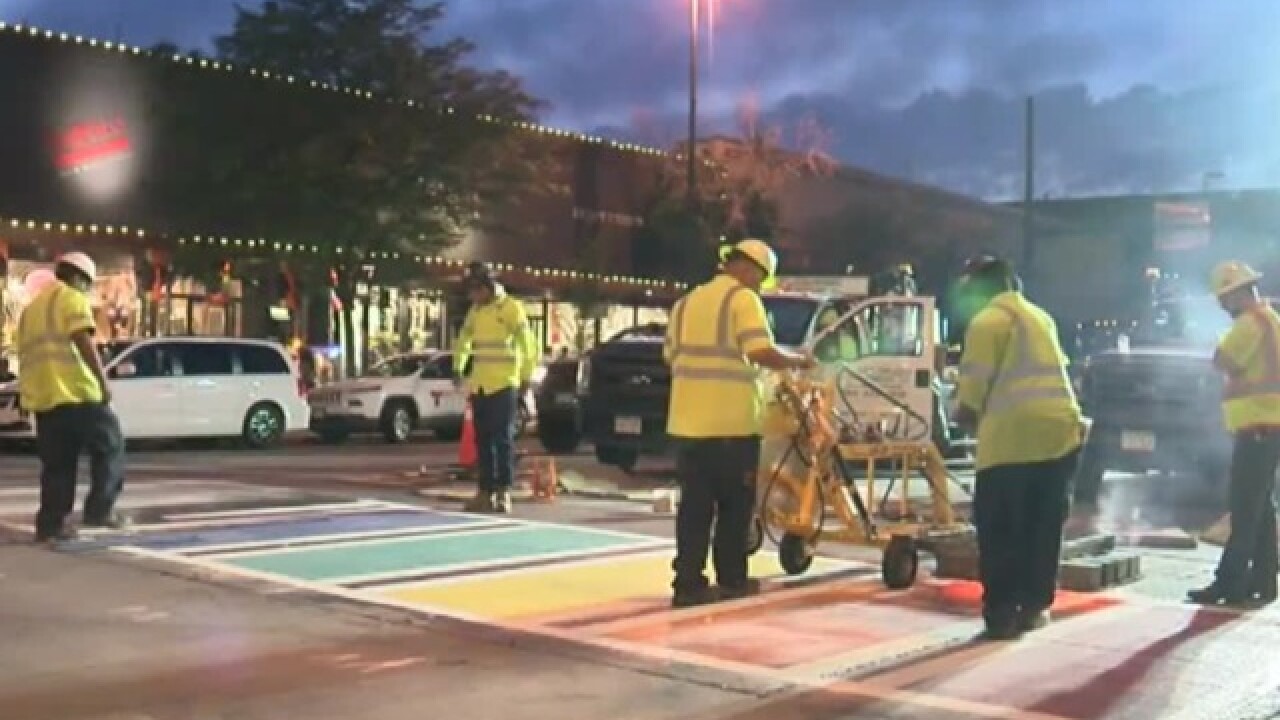 "This crosswalk, as the first Milwaukee monument to LGBTQ people, will be not just a symbol of local pride, but a testament to historic local triumph," Milwaukee Pride said in a press release.

The group also said they want the location of the rainbow sidewalk to be at the intersection of Jefferson and Wells in Cathedral Square, the location that 500 people arrived at after marching from Walker's Point in 1989. This movement is considered to be the catalyst and starting point for Milwaukee Pride.

Per the proposal, the rainbow crosswalks would be dedicated to the memory of June Brehm. In 1968,  Brehm opened the bar This Is It, at 419 E. Wells Street. It was a safe, welcoming and inclusive space for her gay friends.

If approved, Milwaukee would join more than 30 other cities worldwide with rainbow sidewalks.