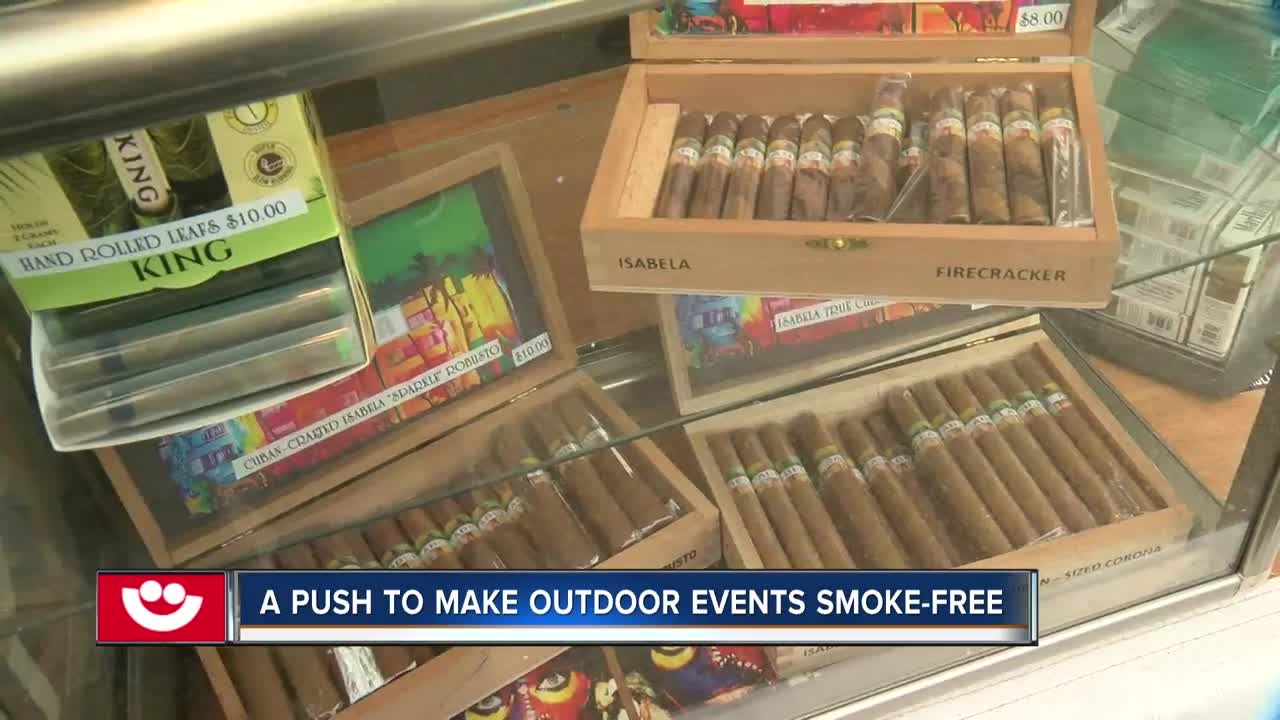 As Summerfest kicks off its second half, a local group is hoping to make not just the Summerfest grounds — but all local outdoor festivals — smoke-free.

A local group is advocating for outdoor festivals in Milwaukee to go smoke-free.

The City of Milwaukee Tobacco-Free Alliance is hoping to make all festival grounds, like Summerfest, smoke-free. That means no cigarettes, cigars or vaping.

"Reducing smoking at these outdoor festivals would go a long way in keeping our community healthier," Dr. Malika Siker, Associate Professor of Radiation/Oncology at the Medical College of Wisconsin said.

Siker says she sees the effects of smoking every day. She says annually, 30 percent of cancer deaths in the nation are due to smoking. Despite the open-air festivals like Summerfest, she says exposure could have lasting impacts.

"Folks at the Summerfest grounds with asthma, being exposed to second-hand smoke could be a trigger for further difficulties with asthma," Siker said. "Many families with young children, innocent bystanders, are going to be exposed to tobacco which can increase the risk of cancer."

But some still think the outdoor festival should remain smoke-friendly.

"It's not like a closed-in area for [my daughter] to be too affected by it," Deejae Campbell said. "I wouldn't appreciate it since we're outside so the air is perfectly fine for everybody."

Campbell chooses to vape over traditional smoking. She feels it's safer than smoking cigarettes so she feels she should be able to do so freely. Others disagree.

"I'm worried about my lungs and the damage it does," Julia Sollazo of Milwaukee said. "I want to be conscious of what goes into my body."