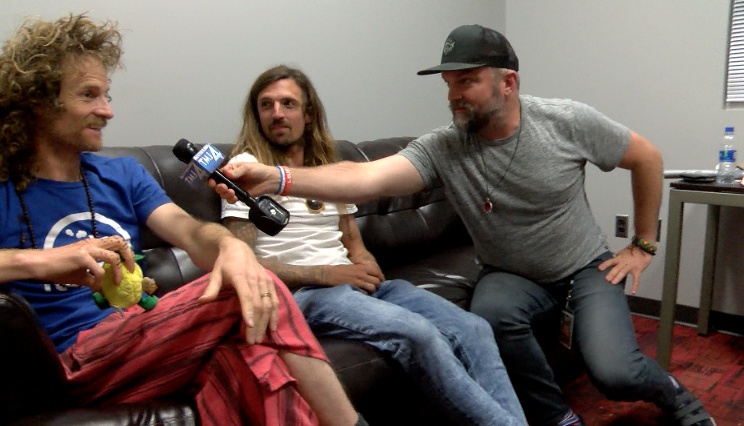 TODAY'S TMJ4 got down right goofy with the band Dispatch ahead of their performance at Summerfest.

MILWAUKEE — What happens when you give musicians who have been interviewed dozens of times a microphone to conduct the interview how they want? You get to see a side of the band like you've never seen before.

Boston-based band, Dispatch has been making music since 1996. They broke up in 2002 but got back together to release their fifth studio album in 2012.

In total, the band has made eight albums with the most recent one published in 2018. Their sound is a mix of rock, reggae, indie folk, ska and more to create an eclectic style.

When the band announced it was breaking up, a final be-all-end-all show was scheduled. They expected around 20,000 people to show, but instead had over 150,000 fans singing their songs. They also sold out Madison Square Garden three nights in a row in 2007 during a charity concert.

Dispatch performed at Summerfest 2019 for the third time, and this time got to have a little more fun with the interview.