8 things to know about this year's Bastille Days 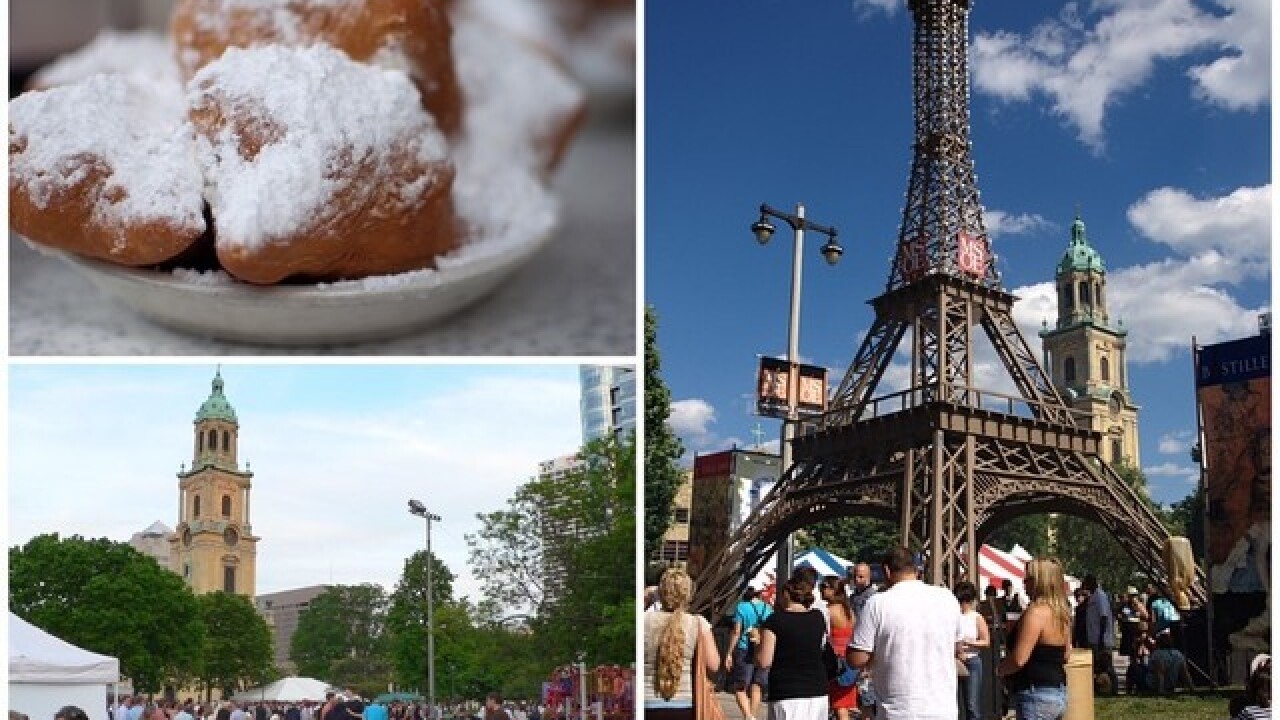 Copyright 2018 Scripps Media, Inc. All rights reserved. This material may not be published, broadcast, rewritten, or redistributed.
<p><a href="http://easttown.com/?page_id=375">Bastille Days</a> is one of the nation's largest French-themed celebrations. The event features a 43-foot Eiffel Tower replica, an international marketplace, music and more. Don't miss your chance to get a taste of France in Milwaukee on July 12-15 at Cathedral Square Park. </p>

With Bastille Days beginning Thursday, here is what you need to know in order to take full advantage of the festivities on Thursday, July 12:

Free slices of cake served for the first 1,000 attendees at Cathedral Square Park at noon, courtesy of Metro Market. This year's cake masterpiece will be inspired by the Parisian monument, the Arc de Triomphe.

Live music beginning at 11:45 a.m. with Sweet Sheiks on the Cathedral Square Stage, Ian & The Dream on the Gruber Law Offices -- "One Call...That's All" Stage and Derek Sallmann on the Door Peninsula Winery Stage. Paris' own GINKGOA will headline at 5:30 and 9:15 p.m. on the main stage.

Chef demonstrations turn up the heat beginning at noon with Kyle Cherek, host of "Wisconsin Foodie", Chef/Owner AJ Dixon of Lazy Susan at 12:50 p.m. and Executive Chef Bryce Knickelbein of Mi-Key's at 1:40 p.m. There will also be a WineMasters demo at 2:30 p.m. and BeerMasters demo at 3 p.m., followed by tastings led by Door Peninsula Distillery at 3:40 p.m. Catch all the demos and tastings at the Madison Medical Affiliates Beaux Arts Stage.

Commemorating the historic storming of the Bastille prison by Parisians in the 18th century with the 34th annual Associated Bank Storm the Bastille. More than 5,000 runners and walkers will hit the streets of downtown at 9 p.m., beginning at the corner of Jefferson and Wells streets.

Minstrels, cancan dancers, jugglers and other roaming performers can be found throughout the grounds during the four-day celebration.