NOT REAL NEWS: A look at what didn't happen this week

Copyright 2018 Scripps Media, Inc. All rights reserved. This material may not be published, broadcast, rewritten, or redistributed.
Adam Berry
BERLIN, GERMANY - OCTOBER 19: Russian President Vladimir Putin attends a meeting to discuss the Ukrainian peace process at the German federal Chancellery on October 19, 2016 in Berlin, Germany. The leaders of Russia, Ukraine, France and Germany, known as the Normandy Four, met in Berlin to discuss implementation of the peace plan known as the Minsk Protocol, a roadmap for resolving the conflict in Ukraine after Russian forces invaded in 2014 and annexed the peninsula of Crimea. The United States has threatened renewed sanctions on Russia if the country did not either implement the plan in the coming months or arrive at a plan on how to do so. (Photo by Adam Berry/Getty Images)

A roundup of some of the most popular but completely untrue headlines of the week. None of these stories is legit, even though they were shared widely on social media.

The Associated Press checked these out; here are the real facts: 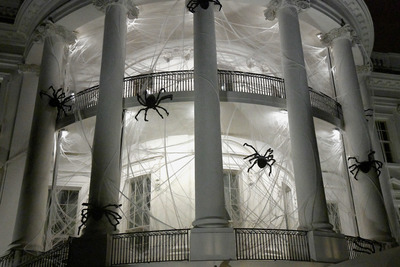 THE FACTS: Stephanie Grisham, a spokeswoman for the first lady, said the multiple reports that Melania Trump had a ceremony to rid the White House of demons are "not true in any way."

The stories come from a broadcast with Indiana pastor and radio host Paul Begley, who said that Mrs. Trump said at her husband's presidential inauguration that she would not move in to the White House until the residence was exorcised. 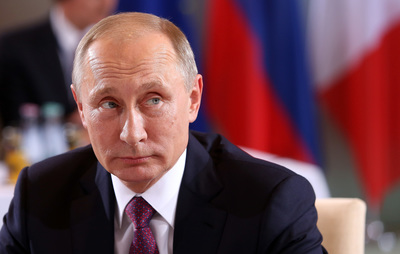 THE FACTS: The Kremlin denied issuing a warrant for the billionaire liberal philanthropist, a frequent target of false news stories.

It refuted multiple sites' claims that Putin had banned Soros from Russia last year for trying to destabilize its economy in the early 1990s.

Soros is not wanted by any country for arrest and extradition, according to a list compiled by the international law enforcement organization Interpol. 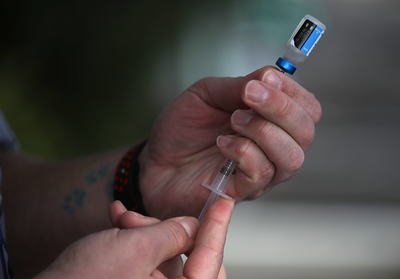 THE FACTS: The story appearing on the AmericasFreedomFighters site correctly reports an outbreak of norovirus at the Olympics in Pyeongchang, South Korea, with a total of 128 infected in the past week.

The headline incorrectly reports that any of the cases has resulted in death. Norovirus is a common, infectious bug that causes unpleasant symptoms including diarrhea and vomiting but usually doesn't require medical attention.

THE FACTS: NASA has been willing to pay people willing to stay in bed to give scientists information on how the body adapts to weightlessness. But none of the studies involved marijuana use.

The agency also hasn't conducted bed rest studies in some time. NASA has denied this false story before, which has recirculated over the past several months. 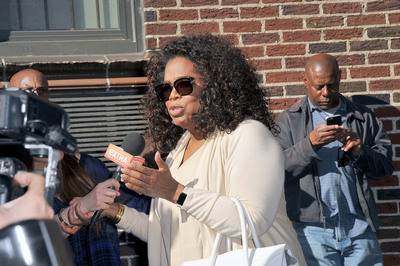 THE FACTS: Winfrey shared in an Instagram post after the January mudslides devastated the coastal town of Montecito that her property was OK. "Some mud and minor damage that pales in comparison to what my neighbors are going thru," she wrote.

Several stories shared on social media that reported her home was destroyed also focused on Winfrey's Golden Globes speech on gender and racial inequality and talk of a possible presidential candidacy.

This is part of The Associated Press' ongoing effort to fact-check misinformation that is shared widely online, including work with Facebook to identify and reduce the circulation of false stories on the platform.