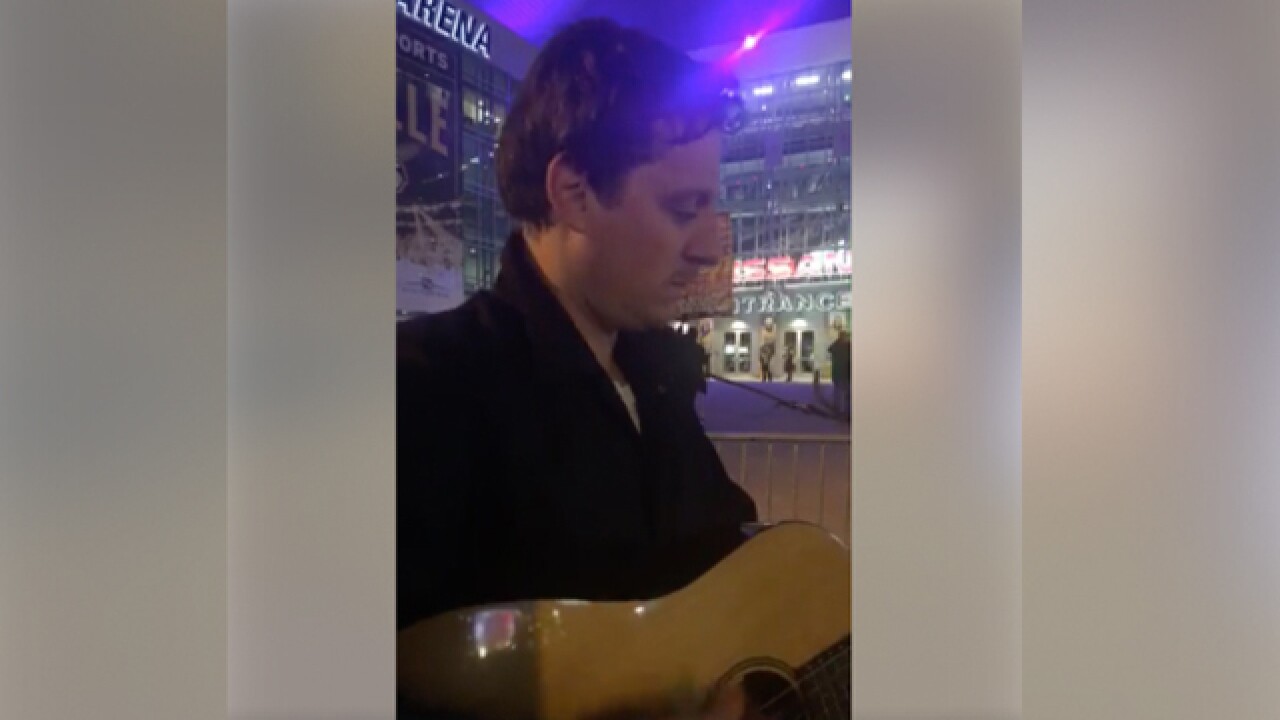 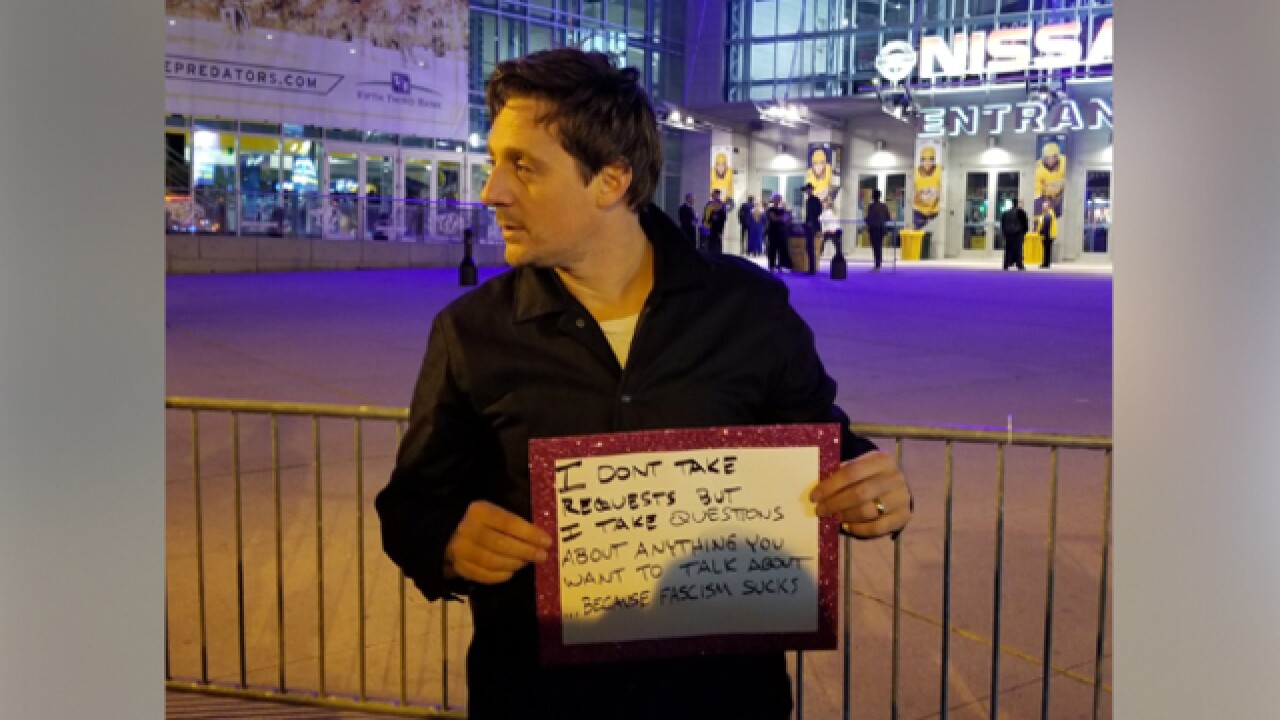 Simpson won a Grammy for Best Country Album earlier this year, but has never been nominated for a CMA Award. He's made jabs at the Country Music Association in the past.

He played for a small crowd at the entrance of the arena and streamed it live to his Facebook page.

Sturgill answered questions from viewers and played a few songs. He said he was only recognized once while wading through the crowds of downtown Nashville.