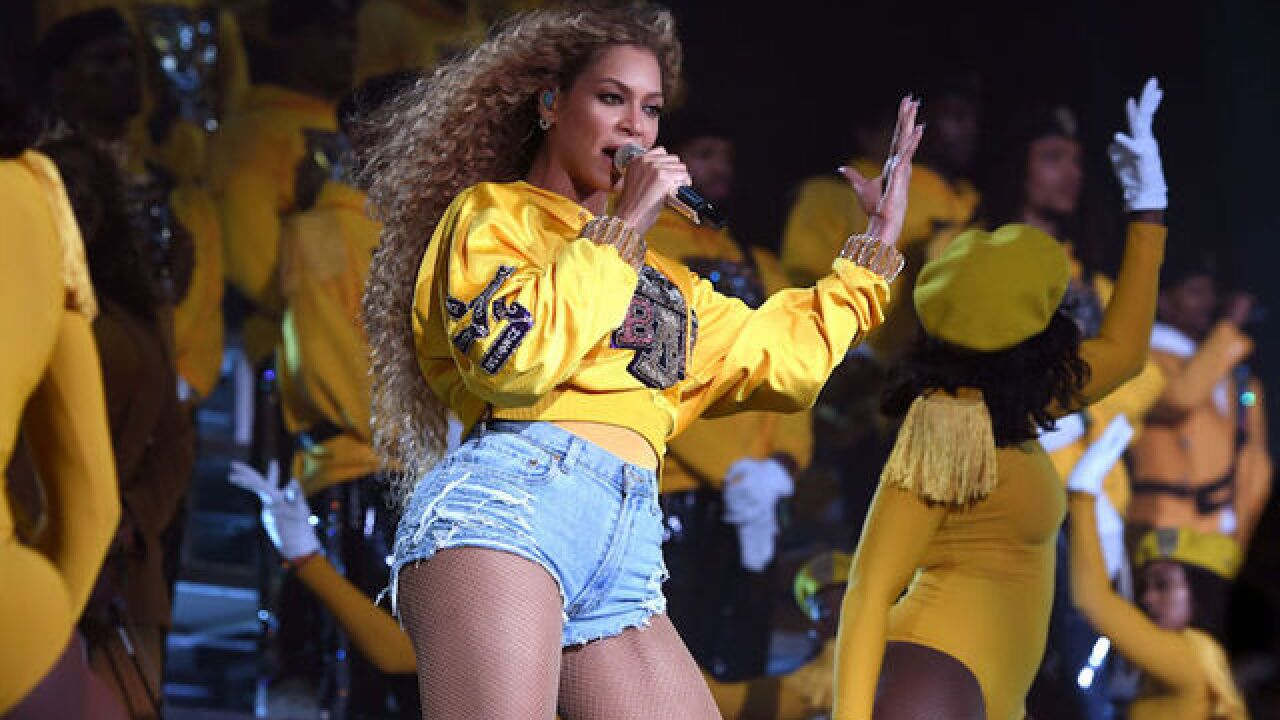 Beyoncé performed for throngs of screaming fans Saturday night at Coachella after a year's wait.

"Y'all ready Coachella?," she asked the crowd as she opened her set, becoming the first woman of color to headline the music festival in Indio, California.

Excited fans had a new nickname for this year's festival: Beychella. Other headliners included the Weeknd and Eminem.

"Coachella, thank you for allowing me to be the first black woman to headline," Beyonce said, before singing "Run the World (Girls)."

The singer opened her long-anticipated performance singing "Crazy in Love" accompanied by a New Orleans-style brass marching band, and later crooned a rendition of "Lift Every Voice and Sing," also known as the black national anthem.

She sang several songs from her album "Lemonade," backed up by the band and surrounded by step dancers.

A tribute to Nina Simone and quotes from Malcolm X. She also sang "Deja Vu" with her husband, Jay-Z, and danced with her sister, Solange.

After months of rumors, Coachella attendees also saw a Destiny's Child reunion. Kelly Rowland and Michelle Williams appeared on stage with Beyoncé to sing their 90s hits "Say My Name," "Soldier" and "Lose My Breath."

"Houston's own Beyonce is giving us the dream performance at the 2018 Coachella! I am very proud of the artist, entertainer and global philanthropist Beyonce has become ... ," she tweeted.

She later said Beyoncé's performance with the band is "giving us HBCU vibes," a reference to Historically Black Colleges and Universities.

A year in the making

The superstar was scheduled to headline last year's festival, but canceled under doctor's orders because she was pregnant with twins at the time. Lady Gaga stepped in as her replacement.

She and her husband, rapper Jay-Z, welcomed Rumi and Sir Carter last June.

Beyoncé's fans, known as the BeyHive, have waited to see her perform since last year's Grammy Awards.

Shortly before Saturday's performance, the singer said she can't wait to see her fans and posted a photo from backstage on Instagram.

"I am so excited to see the BeyHive tonight at Coachella. We have been working hard and have a special show planned for you so please be safe and stay hydrated," she wrote on Facebook. "We need your energy!"

Beyoncé and Jay-Z will kick off their joint tour this summer.