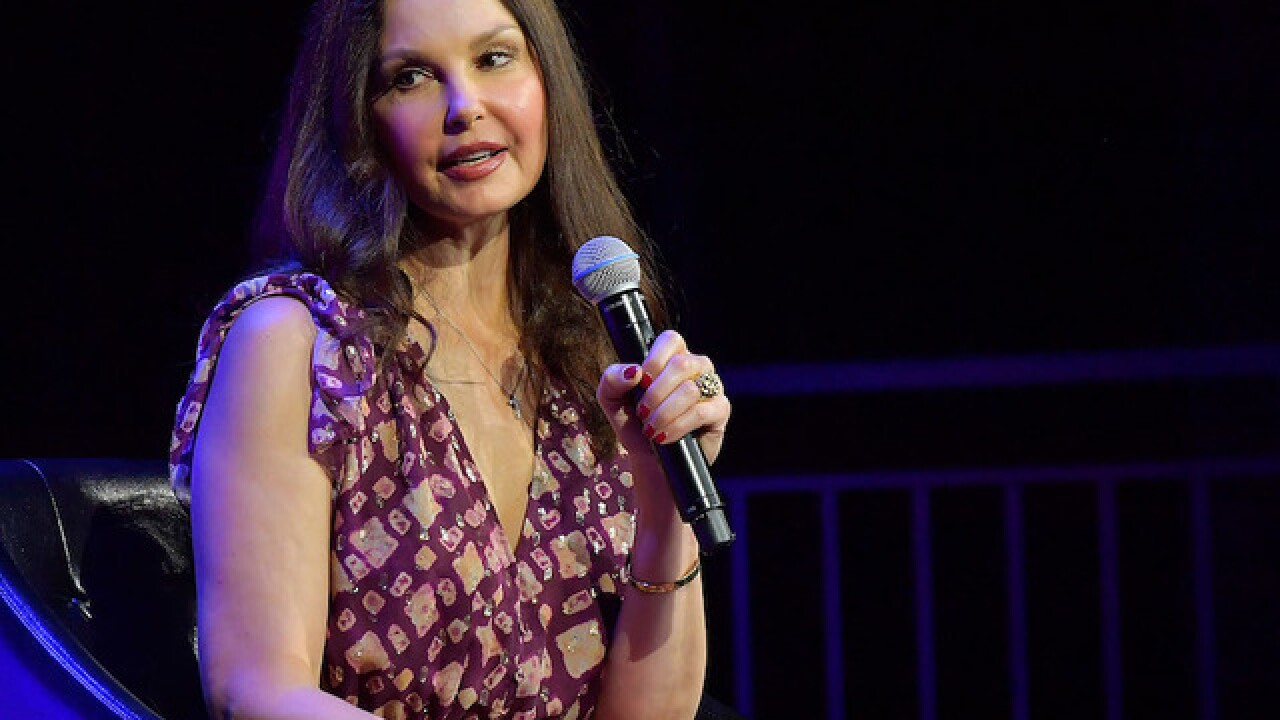 Actress Ashley Judd has sued Harvey Weinstein, alleging the disgraced former film executive made inflammatory statements about her that hurt her career, according to court documents obtained by CNN.

Judd's suit alleges that Weinstein deterred director Peter Jackson, who oversaw the "Lord of the Rings" trilogy, and his producing partner Fran Walsh from working with Judd on the films, a move that not only "torpedoed" her opportunity to star in the Academy Award-winning franchise but also cost her additional work.

She claims to have met with Jackson and Walsh in or around 1998 to discuss two different roles in the film, but the pair "dropped their pursuit" of her for the project after Weinstein told them the studio had "a bad experience" working with Judd, according to the lawsuit.

"The pathetic reality, however, was that Weinstein was retaliating against Ms. Judd for rejecting his sexual demands approximately one year earlier, when he cornered her in a hotel room under the guise of discussing business," the suit states.

Jackson first revealed Weinstein's comments in an interview back in December 2017, months after Weinstein began facing a host of allegations.

To date, the allegations against Weinstein range from harassment to rape, include the stories of more than 80 women and span several decades.

Through a spokesperson, Weinstein, who co-founded Miramax and the Weinstein Company, has repeatedly denied "any allegations of non-consensual sex."

A representative for Weinstein also denied the allegations that he smeared Judd's name.

"The most basic investigation of the facts will reveal that Mr. Weinstein neither defamed Ms. Judd nor ever interfered with Ms. Judd's career, and instead not only championed her work but also repeatedly approved her casting for two of his movies over the next decade," said a statement from Weinstein's attorney, obtained by CNN.

The statement from Weinstein's attorney also claims he "fought for Ms. Judd as his first choice for the lead role in 'Good Will Hunting' and, in fact, arranged for Ms. Judd to fly to New York to be considered for the role."

Actress Minnie Driver was eventually cast in the role.

"We look forward to a vigorous defense of these claims," Weinstein's statement added.

Peter Jackson: I was told Judd was a 'nightmare' to work with

Jackson first made statements indicating Weinstein had deterred him from working with Judd in a December interview with New Zealand news website Stuff.

"I recall Miramax telling us they were a nightmare to work with and we should avoid them at all costs. This was probably in 1998," Jackson told the site, referring to Judd and Mira Sorvino.

Judd and Sorvino were among the first women to come forward with allegations of sexual harassment against Weinstein back in October 2017.

Weinstein denied the allegations at the time.

"Mr. Weinstein has nothing but the utmost respect for Peter Jackson. However, as Mr. Jackson will probably remember, because Disney would not finance the 'Lord of the Rings,' Miramax lost the project and all casting was done by New Line," a statement said.

Upon reports of Jackson's remarks, Judd tweeted her recollection of the meeting with Jackson and Walsh.

"Peter & Fran had me in -- showed me all the creative, the boards, costumes, everything. They asked which if the two roles I preferred, and then I abruptly never heard from [them] again," she wrote in December. "I appreciate the truth coming out. Thank you, Peter."

Sorvino also responded to Jackson's comments, calling it "confirmation that Harvey Weinstein derailed my career, something I suspected but was unsure."

"Thank you Peter Jackson for being honest," she tweeted. "I'm just heartsick."

"No person -- in whatever job, in whatever industry -- should have to forfeit professional aspirations and the right to earn a living to the abusive whims of the powerful," Judd's suit says. "Ms. Judd brings this complaint to vindicate that principle, and to right the wrongs that Weinstein committed against her, among so many others."

CNN has reached out to Judd's representative for additional comment on this story.