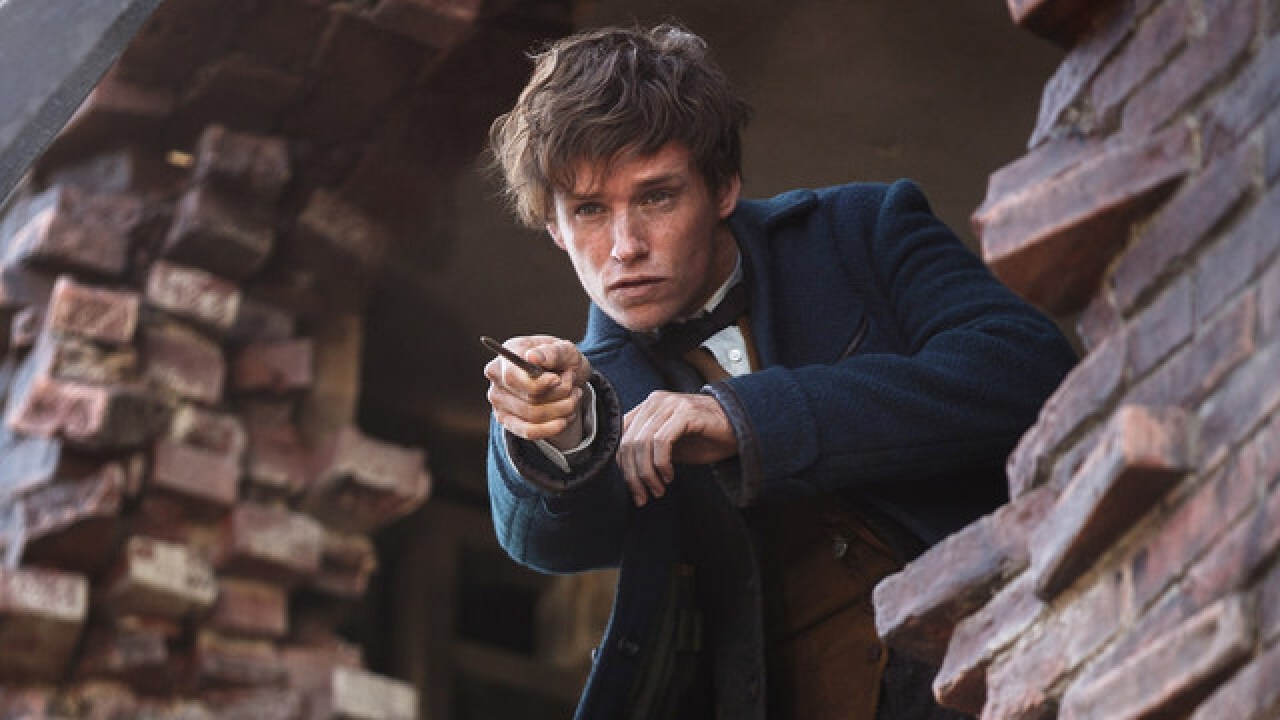 LOS ANGELES (AP) — "Fantastic Beasts: The Crimes of Grindelwald" crawled, slithered and flew its way to the top of the weekend box office with a $62.2 million opening in the U.S. and Canada, according to studio estimates Sunday.

The latest offering from the Harry Potter multiverse fell short of the opening of the first film in the Warner Bros. series, 2016's "Fantastic Beasts and Where to Find Them," which debuted with $74 million in a similar November release and went on to earn $234 million in the U.S. and Canada.
But all the Harry Potter films have had a broad international reach, and "Fantastic Beasts" had a hearty worldwide weekend gross, bringing in $191 million internationally for a total of $253 million, according to the studio's estimates.

"Fantastic Beasts," the second film in the series of Potter prequels written by J.K. Rowling and starring Eddie Redmayne, Johnny Depp and Jude Law, had a budget of $200 million. Its reviews were largely lackluster, with critics saying Rowling's magical world is wearing thin after 10 films.
Globally the first nine films have earned $8.5 billion, a total that this one's worldwide take will inflate.

"This is yet another example of a movie whose opening weekend skewed heavily into the international territories," said Paul Dergarabedian, senior media analyst for comScore. "This happens a lot with bigger franchise movies. For many of these blockbusters, it's the international component that comes in and saves the day."

In the U.S., Warner Bros. is hoping young devotees who are out of school will keep "Fantastic Beasts" in flight through Thanksgiving.

"It's a big week coming up," Goldstein said. "Friday is one of the biggest movie days of the year."
It will have a major challenger in Disney's "Ralph Breaks The Internet," which opens Wednesday, as does "Creed II."

"Fantastic Beasts" continues a year of high points and hits for Warner from a diverse string of movies, including "The Meg," ''Crazy Rich Asians," ''The Nun" and "A Star is Born."

"Warner Bros. is on a roll that every studio would envy," Dergarabedian said.

"Instant Family" has only opened in North America.

Overall, the weekend was down 14.5 percent in the U.S. and Canada from the same timeframe a year earlier, when "Justice League" made for a major pre-Thanksgiving weekend.

Here are estimated ticket sales for Friday through Sunday at U.S. and Canadian theaters, according to comScore. Where available, the latest international numbers for also are included. Final domestic figures will be released Monday.