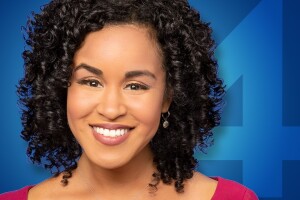 Elise Preston anchors “Live at Noon” alongside Vince Vitrano and reports for "Live at Daybreak" each weekday morning. She joined TODAY'S TMJ4 in December 2016 and is thrilled to explore Milwaukee. A Columbus, Ohio native, Elise is thrilled to be back in the Midwest after career stops in Tennessee, Texas and Virginia.

Elise is a proud graduate of the Scripps Howard School of Journalism and Communications at Hampton University. She is a member of the National Association of Black Journalists and Delta Sigma Theta Sorority Incorporated.

Being relatively new to Milwaukee, Elise is looking forward to connecting with people. “If you see me around town, please say hello," Elise says. "I always look forward to hearing your stories."

You can email Elise at elise.preston@tmj4.com