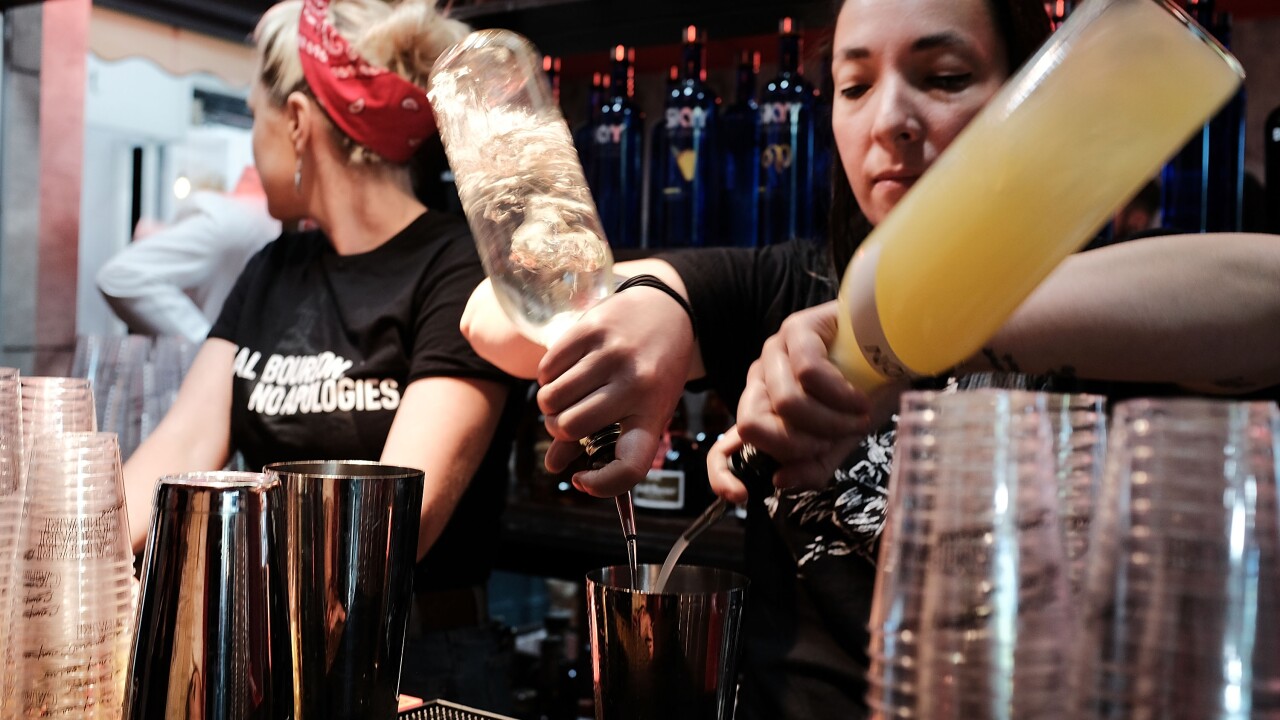 Spencer Platt/Getty Images
NEW YORK, NY - JUNE 12: Drinks are prepared with Campari liqueur at Bar Convent Brooklyn, an international bar and beverage trade show at the Brooklyn Expo Center on June 12, 2018 in the Brooklyn borough of New York City. An extension of Bar Convent Berlin, the trade show draws both premium brands and craft spirit brands for two days of discussions on new trends, techniques and products in the domestic and international markets. Attendees to the show can also participate in taste forums, demonstrations, keynote addresses and panel discussions with leading industry experts. (Photo by Spencer Platt/Getty Images)

The city is preparing for 2020 DNC festivities with a proposal to extend bar time to 4 a.m. during the convention.

The new bar time would require a change in Wisconsin state law, according to the Milwaukee Business Journal.

The Wisconsin Restaurant Association has already reached out to leaders in the Wisconsin Legislature, as well as Gov. Tony Evers about the law change.

"We don't want to give the impression that we roll up the sidewalks at midnight," said Wisconsin Restaurant Association President Kristine Hillmer.

The 4 a.m. closing time would be in effect for Milwaukee, Waukesha and Washington counties. Hillmer says other southeast Wisconsin counties could be added to this list as well.

Hillmer also notes the decision to remain open past the current closing time of 2 a.m. would be up to the owner of each establishment.

Current Wisconsin state law says businesses with licenses to serve liquor have to be closed from 2 a.m until 6 a.m. Monday through Friday. Closing time is 2:30 a.m. on Saturdays.