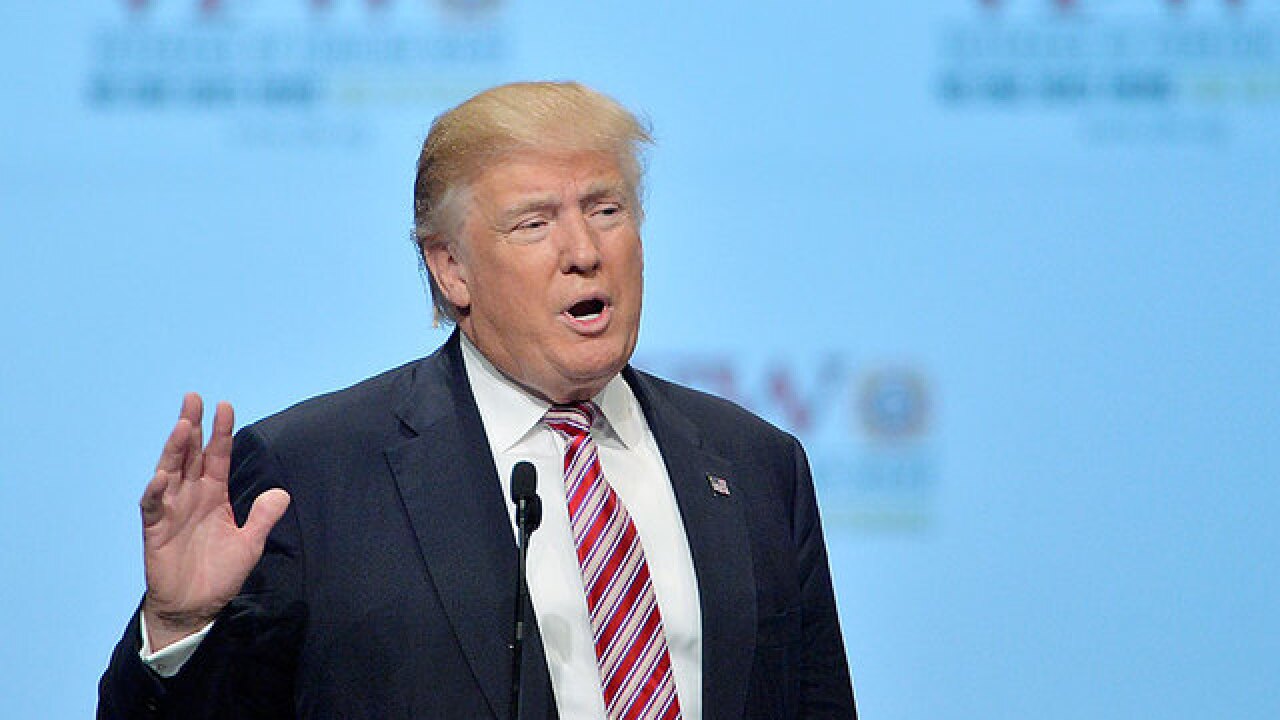 <p>Republican presidential candidate Donald Trump speaks at the 117th National Convention of the Veterans of Foreign Wars of the United States at the Charlotte Convention Center on July 26, 2016, in Charlotte, N.C. (Photo by Sara D. Davis/Getty Images)</p>

We have all heard the lecture many times. Yes, Professor Polly Sigh, we know that polls taken during and after the national conventions are notoriously unreliable, erratic, ephemeral, meaningless and possibly a Russian plot. We know that the famous “convention bounce” is a mirage most years. We know that savvy politicos tell their civilian friends that they never bother even to look at convention polls (that’s a total lie, of course).

I humbly supplicate to the collective wisdom of my betters. They know of what they speak.

But with all due respect, I am blowing them off this time.

If I were a Hillary handler, I’d be double-checking the campaign’s Xanax stash, pronto. I see trouble in the latest numbers.

I know they could change quickly and their predictive value three-and-a-half months out from Election Day is meager. That does not soothe me because the public opinion and voter behavior orthodoxy this year has been as worthless as convention polls are supposed to be.

Clinton’s operatives have consistently stressed that even though Trump and Clinton in December, February and May were very briefly tied in the Real Clear Politics average of public polls, Trump’s support never got above the low 40s. They believe there has been no evidence yet that Trump can raise that low ceiling; if he can’t, he loses.

Today for the first time, Trump has a lead in the Real Clear Politics average of polls, albeit a minuscule edge deep within the margin of error. It’s nothing more than a blurry snapshot but it’s one the Dems do not want in the album.

“That Trump is leading is not unexpected given his convention exposure and the police shootings,” veteran Democratic pollster Harrison Hickman told me by email. “But the fact that he's ahead should be concerning to all Democrats. Wishing and hoping won't defeat him in this political climate.”

My take on the potential significance of these survey findings for the Clinton campaign is a bit gloomier.

Donald Trump is as controversial, disliked, inexperienced and deviant as any major party nominee ever has been; a candidate without a state-of-the-art organization; a candidate passively shunned by the Republican Party’s biggest players; and a candidate who is called scary by large percentages of Republicans and Democrats in poll after poll.

If a guy like that can be tied with Hillary Clinton, a fixture in American politics for 25 years, in the middle of the summer, it is crazy to think he can’t win in November.

I’m not implying that the Clinton campaign is at risk of complacency. I don’t believe that for a second. But lots of liberals, city folk, young people and basic smarty-pants are complacent and smug.

The giant puzzle the Clinton campaign now faces more sharply is this:

They’re dealing with a big-league anomaly, a candidate whose behavior is without precedent at the presidential level; the country’s communication ecosystem is built on technologies and consumption patterns that are brand new and mysterious; their candidate is the second most unpopular since polling began.

If – Big If – Trump maintains a lead in the polls and pulls support near the 50-percent mark, there is a strong case to be made that the conventional weapons of politics do not work on this stranger from another planet, this man called Trump.

What artillery is left after negative ads, pleas from the best orators in the country, universal condemnation from editorialists and pundits, scorn from his own party establishment, top-quality policy rebuttals, data-driven micro-targeted propaganda, and a vast, competent field organization?

Does Hillary’s army have a plan for unconventional warfare like Herr General Drumpf?  Are there Plans A, B and C for asymmetrical warfare, psy-ops and covert operations? There better be, to protect democracy!

But I digress, a common symptom of late-onset paranoia.

We will know more when Bill Clinton, Barack Obama, Tim Kaine and Hillary Clinton have taken their very best shots and the convention has been over for a few days.

Exactly what “knowing” means in the epistemological swamp of Campaign 2016, however, is above my pay grade.