Hillary's on the Yellow Brick Road and needs us Munchkins

She must melt the Wicked Warlock of Trump 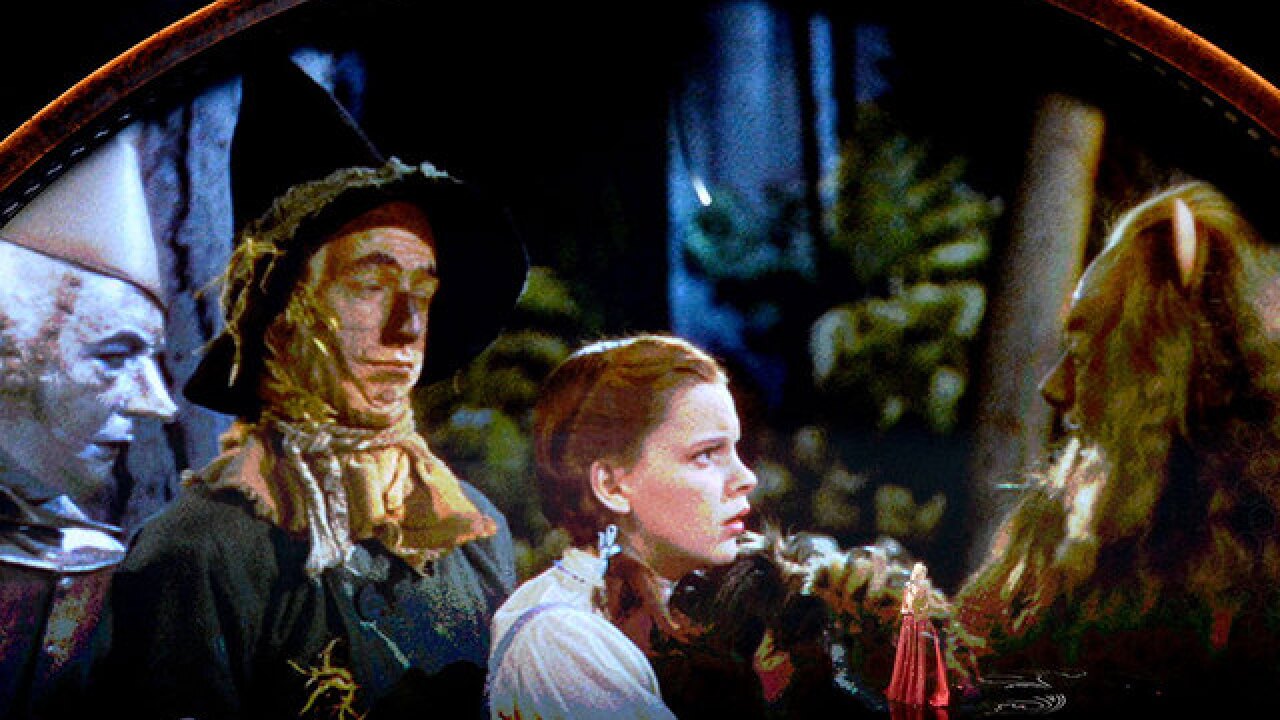 Someday over the rainbow, past the haunted forest and beyond the flying sutonkeys, Dorothy Rodham’s daughter, Hillary, may look back and think she never would have made it to the Emerald City if not for the Wicked Warlock of Trump.

The reality of the 2016 campaign is as surreal as the story of “The Wizard of Oz.” Hillary Rodham Clinton and Donald J. Trump are plausible characters in a story, but not in reality.

Hillary Clinton’s story is a saga not a fairy tale. Her journey on the Yellow Brick Road is as intrepid as Dorothy Gale’s – and far longer. As in all epic quests, Hillary’s cannot have a happy ending without a near-death battle with a great and powerful nemesis. Donald Trump is that villain, scarier than the Wicked Witch of the West — believe me.

The way the politics of Oz looks now, if Hillary’s enemy were just a “normal” Republican, she would lose. She still might.

But if Hillary does get to Oz on the Potomac, it will be because of the Wicked Warlock of Trump; despite his dark powers, Trump may be the one and only Republican she could vanquish. The Wicked Warlock is a nightmare for citizens of Oz, Munchkinland and Kansas, but he may be Hillary’s luckiest break ever.

If Hillary slays the Wicked Warlock of Trump, she will be a real life Dorothy Gale, a true heroine. She may never bask in the full and generous gratitude of the people, but she will deserve it.

And if Hillary Rodham Clinton does become president, it truly will be one great step for a woman, one giant leap for womankind. It will be a milestone of history, the stuff of heroines.

But the prospect of making history in that way is not reason enough for voters. It never has been.

Protecting America from Donald Trump may be and should be.

Hillary has been given what she has always lacked – a reason she should be president. That reason is simple: Defeat Trump. In Kansas, she was a very good girl; now in Oz, she can be a heroine.

In this campaign, as in 2008, Hillary has not mustered a clear and credible reason she should be president. “Why are you running,” is still a question that flummoxes her. She rambles. Becoming the first female president is not the answer she offers even if it is her real quest. Jobs? Experience? Liberal values? Keep America Great? It has been a muddle.

Now she has the answer: Defeat Trump. It is simple, obvious and urgent. It is vitally important to the country and to the world.

Hillary Clinton is hardly the ideal candidate to prosecute the case against Donald Trump. She botched a far easier case against Bernie Sanders. Her “negatives” in the calculus of polling are nearly as high as Trump’s. They are set in stone and will not come down. But they can’t go any higher, either. Trump’s can.

There is also a qualitative difference in their negatives. This will dominate the campaign as it progresses and, we hope, normalizes.

Voters who don’t like Clinton think she is untrustworthy, dishonest, power-hungry or phony. Some of Trump’s negatives are that he’s boorish, offensive, bigoted and egomaniacal. These are all common views of politicians.

But Trump also scares many voters who think he is unstable, risky, out of control, vindictive and dangerous. “Negatives” don’t get any more negative.

And so the essence of Hillary’s quest from now on must be, “We can’t let Trump get his finger on the Button.” Hillary must melt the Wicked Warlock before it’s too late. “It’s the Button, stupid.”

It is my profound hope, but certainly not my prediction, that an overwhelming majority will see it this way come November. The road to that collective wisdom, however, will be twisty and hairy. I worry that Hillary will be an obstacle, not a guide. But there have been encouraging developments.

For example, in a speech last week the former Secretary of State told a devastating, pitch-perfect story about the national security nightmares of a President Trump. She made the case in a way juries will like.

More cynically, whereas Clinton’s official campaign has been neurotic, small bore, shifty and without a guiding theme, the first anti-Trump ads from her Super PAC have been lethal. It is a gross thing to commend negative ads for their viciousness, but I can live with that.

Trump’s scariest “negatives” – his finger on the Button — will be targeted with ads in the style of LBJ’s 1964 “Daisy ad” (but with nuclear mushroom clouds, perhaps). There seems to be a platoon in the Clinton Army poised to be ruthless, disciplined, skilled and well funded. Even if the candidate herself misfires, the heavy artillery shouldn’t.

There are plenty of obstacles. Grumpy Bernie Sanders has turned into the puny Apple Tree that pelts Dorothy & Co. with fruit. The GOP inquisitors in the House committees are like the Witch’s brainwashed castle guards.

Averting catastrophe is the true happy ending of this scary story.

Hillary must defeat the Wicked Warlock of Trump. To do that she will need all the help she can get from Scarecrow, Lion, Tin Man and even the Wizard. But, that will not be enough. She needs us Munchkins, too.