DNC Day One: Democracy live and on TV

A good show under tough conditions 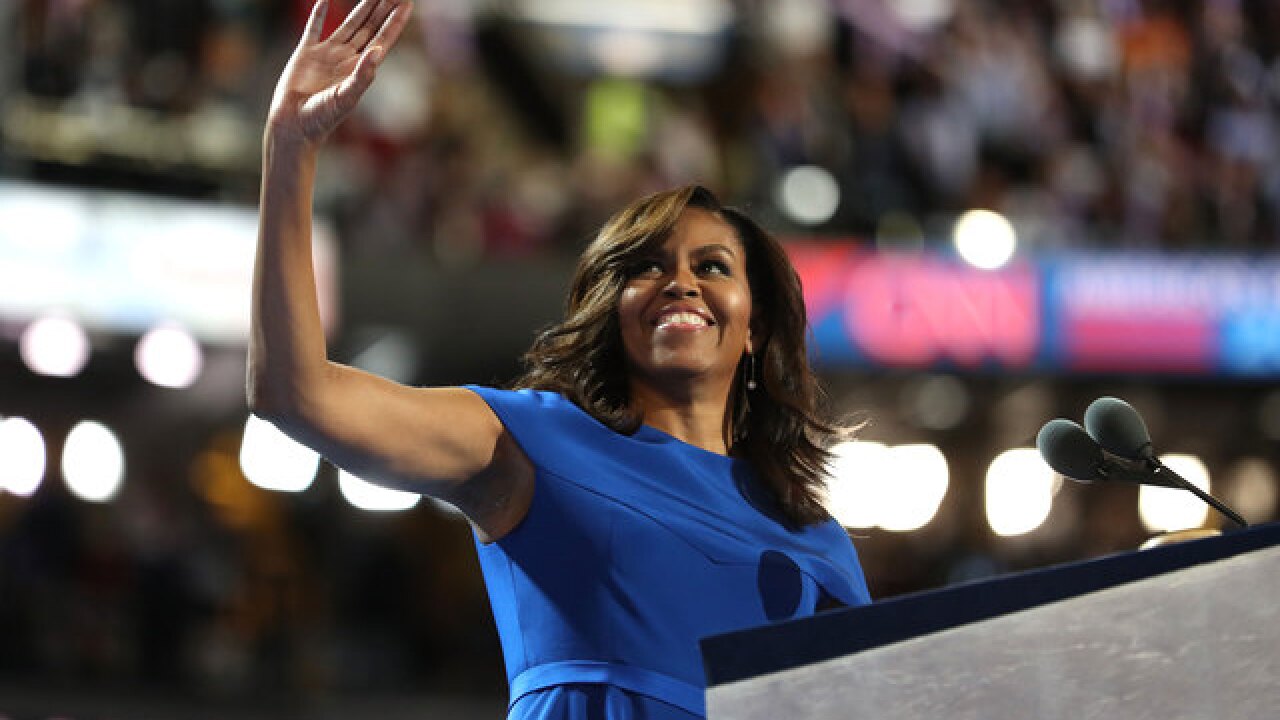 <p>First lady Michelle Obama acknowledges the crowd after delivering remarks on the first day of the Democratic National Convention at the Wells Fargo Center, July 25, 2016, in Philadelphia, Pa. (Photo by Joe Raedle/Getty Images)</p>

The history books record convention opening nights smoother and happier than the Democrats’ performance in Philadelphia on Monday night, but it was a good show under some tough conditions.

I suspect mine is a minority view. Critics will give demerits over Debbie Wasserman Schultz’s untimely exile, the mess of the DNC’s stolen emails and the many rounds of booing from Bernie Sanders die-hards in the primetime hours.  I suspect DNCgate has legs only in the Beltway. And some honest dissent and passion on the convention floor is interesting and authentic, not necessarily a flaw.

The primetime program was slick and well-produced, with stars from politics and entertainment, gag lines and great music. That’s nice.

More important, the program presented a coherent, credible argument, built on explanations not just buzzwords and enemy lists, and without being mean.  If the night had a thesis statement it was something like this: America is not a disaster, it’s healthier than any country on earth, though it has deep, long-ignored racial and economic problems that require pragmatic solutions, not demagoguery and scapegoats; Hillary Clinton is up to the job and Bernie Sanders will help; Donald Trump isn’t, he’s dangerous, half-crazy and a hater.

Most of the credit for the night’s success goes to Michelle Obama, who probably left millions wishing she could be the next president – or at least their best friend forever.  She made a touching, honest and personal case for Hillary Clinton and oozed the credibility and wisdom to be heard in a cacophonous world. Very, very few Americans have that kind authority.  She used it expertly.

She talked about raising her kids in rarified world of the White House, how she and her husband came to realize the example they set meant everything, more than any words; then they realized the same was true for kids all over America and for citizens, too. Their comportment, their example was as important as speeches.

She perfectly expressed the burden and the pride of doing that as a black woman. “Today, I wake up every morning in a house that was built by slaves.”

Of Hillary, she said, “Hillary Clinton has never quit on anything in her life. And when I think about the kind of president that I want for my girls and all our children, that is what I want. I want someone with the proven strength to persevere.”

“And because of Hillary Clinton,” she said to great cheers, “my daughters and all of our sons and daughters now take for granted that a woman can be president of the United States.”

That set up Senator Elizabeth Warren for a two-fold job — reassure the left and Sanders backers and then to fillet Donald Trump, which she did with a razor sharp blade.

“That’s Donald Trump’s America. An America of fear and hate,” she said. “An America where we all break apart. Whites against blacks and Latinos. Christians against Muslims and Jews. Straight against gay. Everyone against immigrants. Race, religion, heritage, gender — the more factions the better.”

I’d pay good money to see her in the ring with Trump and I know whom I’d bet on.

Then came Bernie, the grand finale. Earlier in the day, he sent a text asking supporters, “as a personal courtesy to me, to not engage in any kind of protest on the floor.”

Bernie’s speech was classic Bernie. He could not resist cramming his whole stump speech into his oration. But he showed up and graciously said the magic words.  Will his words still burn into the hearts and minds of his devotees?  Polls suggest they will for most but not all, as the tears of his delegates made clear.

Comedian Sarah Silverman delivered a great, funny/tough zinger to the booers. “Can I just say to the Bernie-or-bust people,” she said, adopting their own nickname, “you are being ridiculous.” It seemed to calm the elephant in the room.

To my mind, all that made the night more authentic, less groomed and certainly more interesting.  Their guy lost a tough race. His philosophy is profoundly different than Hillary Clinton’s and they’re deeply disappointed.  Why should they be tranquilized? This is democracy live and on TV and that’s a good and rare thing.

The same was true of the failed Never Trump rebellion on Day One in Cleveland.  The Never Trump floor uprising was doomed and symbolic, but the cause was deadly serious. The fracas was a blemish on the convention only because the Trump forces and the RNC were so intent on suppressing any disobedience.

The pundit class and political propagandists reflexively treat convention discord and protest, even at this year’s mild levels, as blemishes – failures of perfect marketing. That’s a bit silly.

Unlike Cleveland, the party’s brightest lights showed up in Cleveland, an experienced army ready to fight for a new leader who needs all the help she can get.