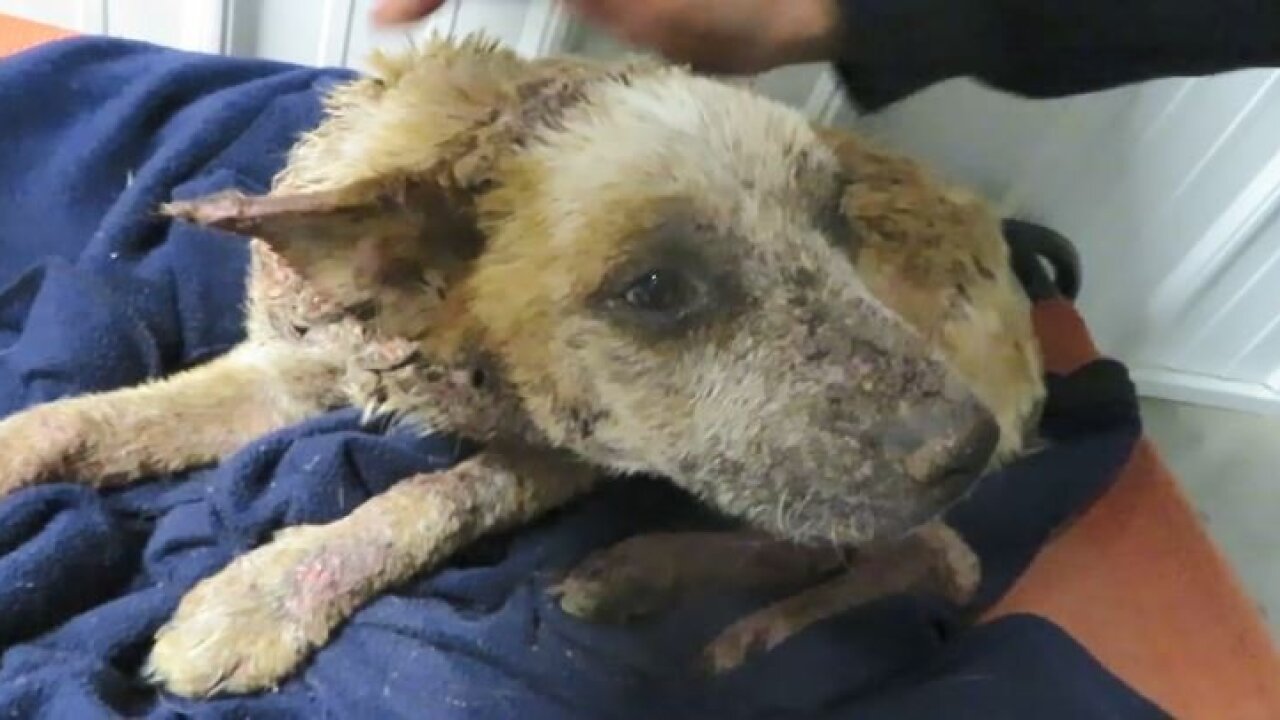 WQAD/WQAD
**Embargo: Davenport, IA-Rock Island-Moline, IL** A new animal shelter is seeing a lot of firsts, and one of them is a dog with a pain pill prescription.

Monmouth, IL ( WQAD ) -- A new animal shelter is seeing a lot of firsts, and one of them is a dog with a pain pill prescription.

Wiar Rescue received two new dogs from Kirkwood Animal Control in Illinois, who malnourished and diagnosed with mange. Mange is a skin disorder caused by parasitic mites that mammals can get when their fur is in poor condition.

“It’s the worst we’ve ever seen, and the worst the vet has ever seen,” Dan Porter, president of the rescue, said.

Both dogs have the condition, but Mickey, the male dog, has it so bad that he needs pain pills. It’s unclear how the dogs got to be in this condition.

Porter said this was the first time he’s seen a dog need pain pills for mange.

Porter said the rescue had been active for 18 years, but they never had any facility. Porter took over four years ago, and with the help of the community, opened a first-time facility.

Wiar Rescue has been open in their new facility in Monmouth for a month, but their grand opening is Saturday, Dec. 15 at noon. Their only funding comes from donations.

The facility opening comes just in time for these two dogs.

“These dogs would not have survived at the county animal control,” Porter said. “It’s not that they don’t care, they just don’t have the around the clock support that we do.”