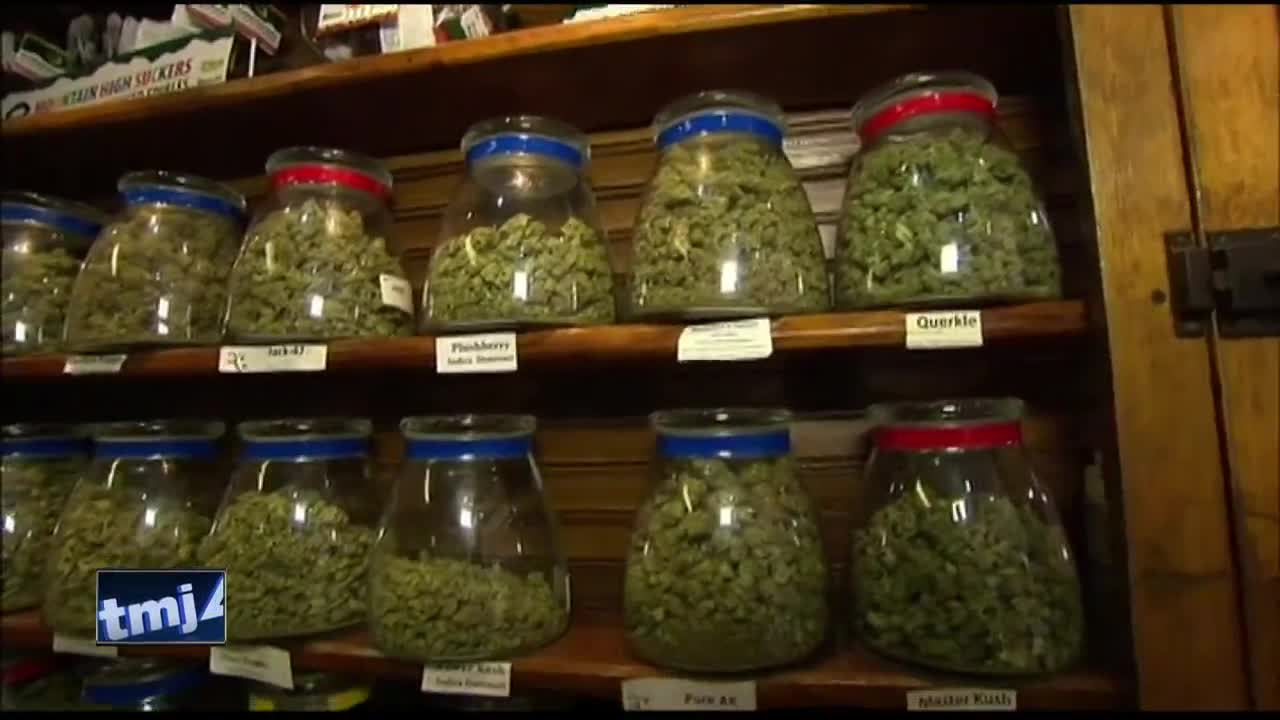 Gov. Evers will announce his plan Monday morning during a news conference.

MILWAUKEE — People in Wisconsin could soon carry or sell small amounts of marijuana under a new plan from Governor Tony Evers.

His budget proposal would also legalize medical marijuana in the state.

For many Wisconsinites, things like medical marijuana or other products like CBD oil can help alleviate chronic pain from debilitating medical conditions, reduce symptoms for things like anxiety, and even help folks cope with things like PTSD.

In West Allis, the Wetzel family credit a type of medical marijuana for saving their son’s life.

These days you would never know seven-year-old, Jameson, ever suffered from seizures.

“I feel a lot better. I feel calm. I don’t feel any pain,” Jameson said.

He’s just like any other kid who likes to play sports or have fun with his dog.

However, after first birthday his future was unclear, when doctors diagnosed him with a rare seizure disorder.

His dad, Matt, said they could last three to 12 minutes.

“He was definitely going to die. There was no doubt about it at that point. I mean the neurology unit at Froedtert said there was nothing else we could do,” Matt said.

He wasn’t going to take that for an answer, and instead decided to move his family to Colorado to get his son CBD oil, a non-psychoactive component of the cannabis or hemp plant.

Matt heard about it helping kids like Jameson, but there was a problem — it wasn’t legal in Wisconsin.

“We took the chance and it was actually one of the best days of our lives,” Matt said.

Within a few days of taking the oil he was seizure-free, and he hasn’t had one since.

Only a few years ago, CBD oil from marijuana became legal in the state with a prescription, but soon there could be access to all forms of marijuana for those with certain medical conditions, something Matt wishes happened a long time ago.

Our budget will decriminalize possession of marijuana in amounts of 25 grams or less, and that we’ll also be creating a path for expungement for these crimes for those who’ve completed their sentence or probation.

“There’s so many more things that can happen to help the people that need it in the state of Wisconsin and all over the United States,” Matt said.

He could face some obstacles from the Senate Majority Leader and other Republican lawmakers, who have said in the past they’re against medical marijuana.