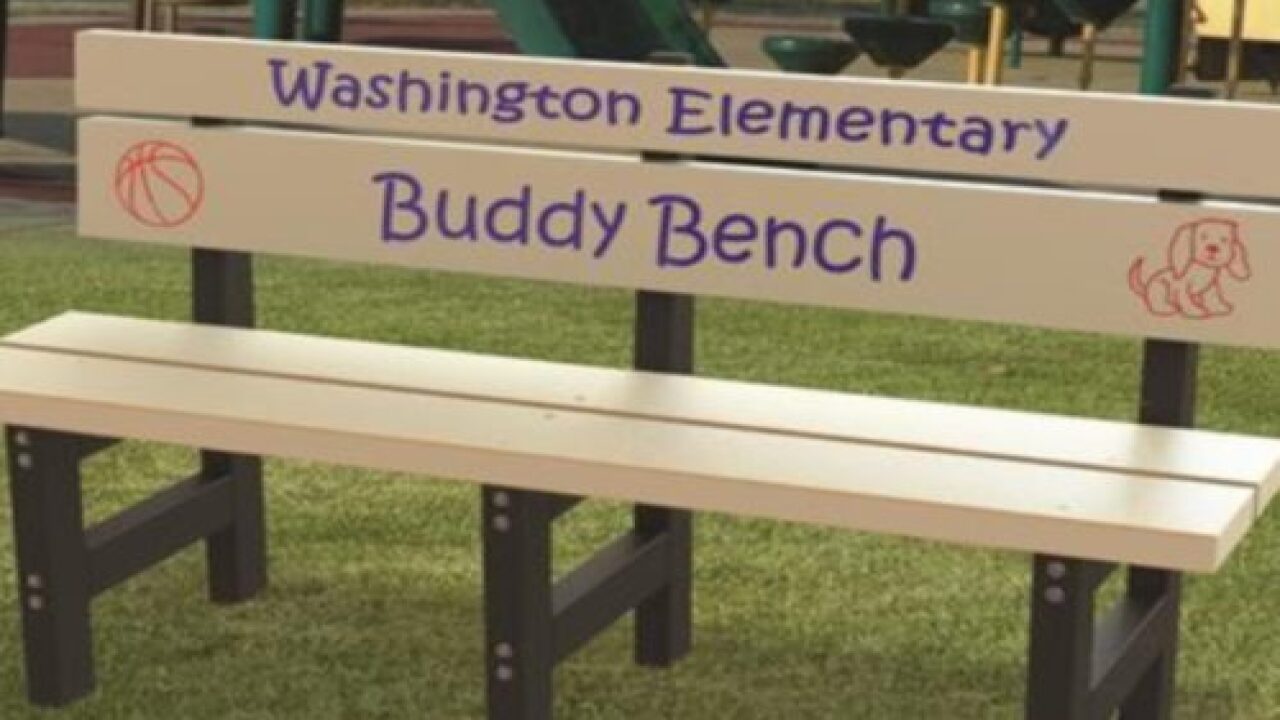 One in four kids say they’ve experienced bullying at school, and more than 3.2 million kids are victimized by bullies each year.

But, here is some good news: There are many kind kids out there who are looking for proactive and inclusive ways to make schools safer and happier for everyone. One way they are doing this through “buddy benches,” a simple but incredibly meaningful way for kids to make friends.

What is a buddy bench? It’s much more than just a place to sit.

A message on the Girl Scouts Instagram page reads: “Ariana used the money she raised selling cookies to buy a buddy bench and donate it to her school. What is a Buddy Bench, you ask? Children can decide to sit on a Buddy Bench during playtime, which signals to other children that they would like someone to talk to or play with. It’s a piece of playground furniture that has the power to promote inclusion and empathy.

Girl Scout Ariana used the money she raised selling cookies to buy a Buddy Bench and donate it to her school. What is a Buddy Bench, you ask? Children can decide to sit on a Buddy Bench during playtime, which signals to other children that they would like someone to talk to or play with. It's a piece of playground furniture that has the power to promote inclusion and empathy. Ariana, weðyou! @girlscoutsla #EmpathyMatters #BuddyBench #GirlScoutsRock #Innovator #Leader #FriendshipBench #GirlPower #KindnessMatters #JulietteGirlScout

What a sweet idea! This bench is a way for even shy students to announce that they are feeling lonely and want to play with a friend. Even as adults, it can be easy to just stick in your headphones and not talk to anyone on your way to work or at the gym. But kids are clearly leading the charge on making the world a friendlier place, one bench at a time.

Buddy benches are becoming popular across the country, and companies such as The Bench Factory make versions that are moveable or permanent for around $500. Although relatively new to America, the idea has been used in schools in other countries, including Germany. In fact, it was while looking at schools in Germany that an American first-grader first got the idea to bring a buddy bench to his school.

When his family was planning for a possible move to Germany, Christian Bucks was looking at German schools online when he came across a buddy bench for the first time.

“I didn’t like to see kids lonely at recess when everyone is just playing with their friends,” Christian told the Washington Post. His family did not end up moving to Germany but instead brought the idea of a buddy bench to his own hometown in Pennsylvania.

In the years since, many schools across the country have embraced the idea of buddy benches. Recently, students in District 58 of Downers Grove, Illinois, received 11 new buddy benches courtesy of the Downers Grove Junior Woman’s Club. And Girl Scout Troop 850 in Bangor, Maine, donated two buddy benches to their playground at Fruit Street School in May.

Meanwhile, Walgreens is recycling red noses from their annual Red Nose Day, an initiative that fights child poverty, to turn them into buddy benches. The noses are purchased to support kids in need, but now these noses can be returned and recycled for buddy benches.

“We’re saving the noses from being in the landfill, because they’re not biodegradable so we’re kind of helping in multiple facets with that,” Walgreens Store Manager Brandi Dux told KDLT in Sioux Falls, South Dakota.

Talk about a win-win!