Comet NEOWISE will be visible this weekend 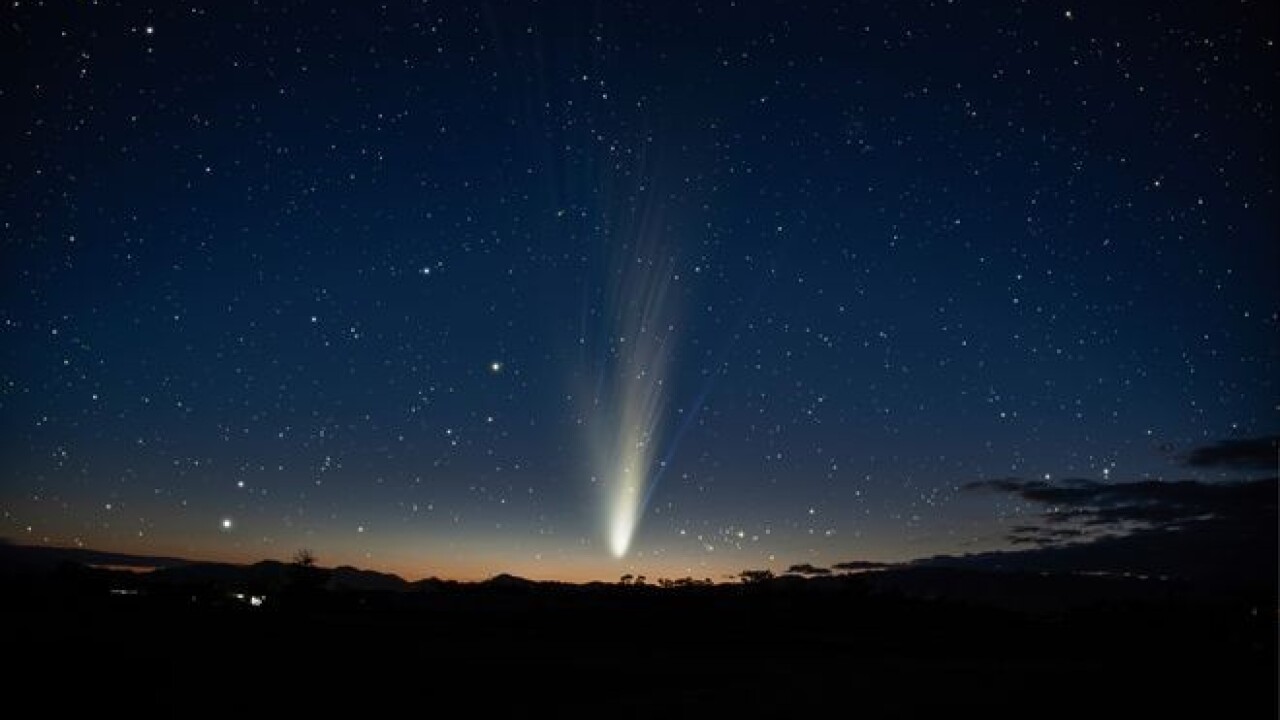 July is offering us the only opportunity to see a 3-mile-wide comet called Neowise as it rockets past Earth this weekend. The clump of space ice with its brightly colored tails is expected to reach peak brightness on July 23rd bringing a spectacular show for all to see.

Neowise came from the outermost reaches of the solar system. Its orbit brought it dangerously close to the sun on July 3rd which was nearly 10 million miles closer than Mercury's orbit, according to NASA. Now it's visible to the naked eye throughout the Northern Hemisphere.